The maintenance is scheduled to take place on the following days: June 21, June 22, July 11, July 13, August 1, August 3, August 16, and August 17. If you experience any problems accessing any of these applications during these dates, please understand the application may be down for migration. SFC IT will be sending out notifications when systems are back online. Thank you for your support and patience during this process.
Academics
May 28, 2014

Over the Falls With SFC Honors Students

St. Francis College Honors Program students descended on Niagara Falls in April for the Northeast Regional Honors Conference, presenting a variety of papers and attending workshops with their counterparts from other colleges. 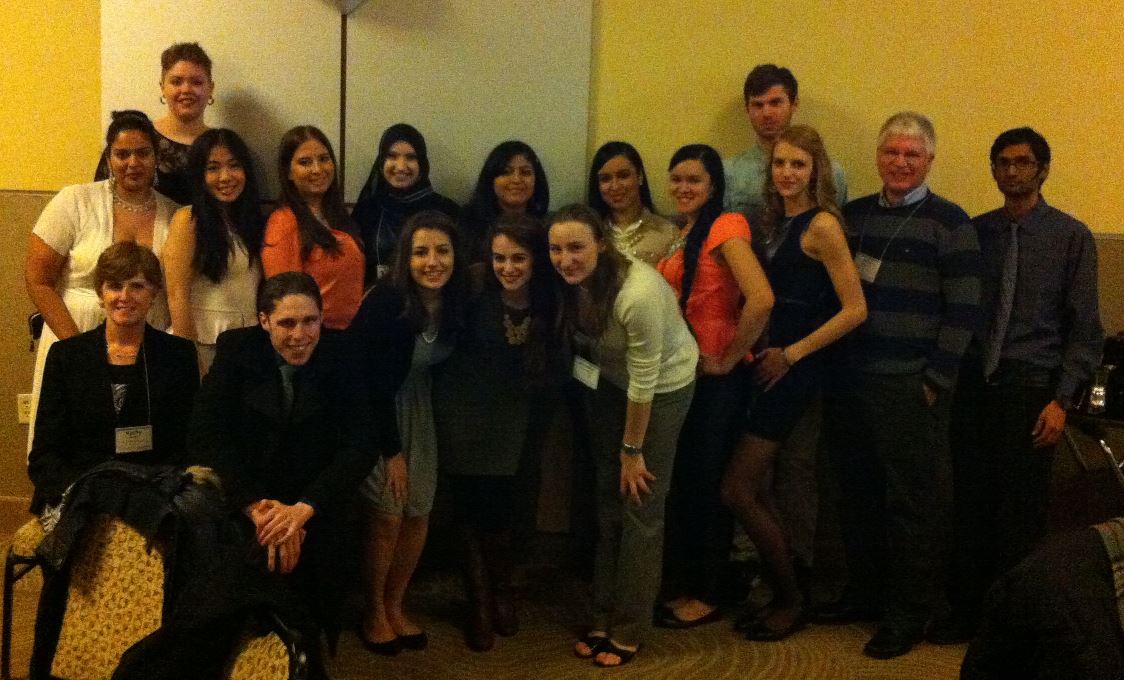 Marwa Hmady, who with Khadija Khan, presented a paper on the Autism and Vaccination Controversy, said “I was surprised at the breadth of presentations, especially in the sciences.”

Some of the other work presented by St. Francis students included: The Morality Behind Homosexuality (Anderson Mitchell), National Security: How Far Is Too Far? (Katherine Hickman), The Soussi of Southern Morocco: Modernizations and Shifting Gender Roles (Dunia & Suheila Gragui), and The Positive Psychological Attitudes in Patients Experiencing Symptoms of Huntington’s Disease, Parkinson’s Disease, Alzheimer's Disease and Down Syndrome (Michelle Batchu).

The students were led by the Director of the Honors Program John Dilyard and Chair of the Biology and Health Promotions Department Kathleen Nolan who said the conference was more than just sharing research.

“During the City-as-Text experience, students broke up into groups and visited various places in or around Niagara Falls to try to experience the local culture,” said Dr. Nolan.

Students felt the power of the Falls from both the American and Canadian side, toured the Niagara Power Plant, and visited the Aquarium at Niagara Falls which was an added bonus for Andrew Salzillo. “We were able to record vocalizations of sea lions to add to our data,” said Salzillo, who presented the paper, Vocalizations of Captive Marine Mammals. Francine Foo was also able to use the recordings to supplement her work, “Vocalizations of Sea Lions, Seals, and Penguins in Local New York City and Connecticut Aquaria and Zoos.”

“The conference is a well-rounded experience for the students,” said Dr. Dilyard. “It was great for the students to interact with more than 560 students and professors from over 50 colleges.”