Skip to main content
Upload Proof of Vaccination
Reminder: All students, faculty, and staff must be fully vaccinated against COVID-19 and upload proof as a condition of accessing College buildings (including the residence hall) during the 2021-2022 academic year.
Academics
March 23, 2017

She is the recipient of the 2007 Pen and Brush Poetry Prize, the 2006 Ekphrastic Poetry Award from Rosebud, the 2004 WB Yeats Society of New York Award, the 2004 Pennsylvania Center for the Book Poetry in Public Places Poster Competition, the 2003 Thomas Merton Poetry of the Sacred Award, the 2003 "April Is the Cruelest Month" Award 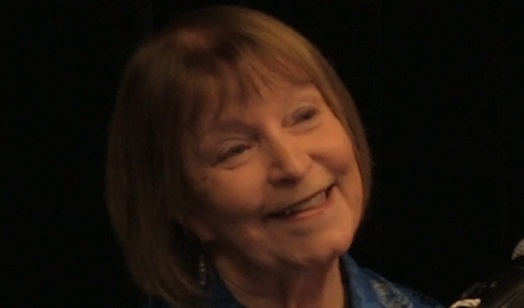 from Poets & Writers, the 2000 New Millenium Writing's Y2K competition, the 1997 Karamu Poetry Award, and others, including three Pennsylvania Council on the Arts Creative Writing Fellowships, seventeen residencies at the Virginia Center for the Creative Arts; a residency at the Moulin à Nef, Auvillar, France; and two residencies at The Tyrone Guthrie Centre, Annaghmakerrig, Ireland. A forty-time nominee for the Pushcart Prize and five-time nominee for Best of the Net, she was nominated for the 1997 Grammy Awards for her part in the audio version of the popular anthology, Grow Old Along With Me-The Best is Yet to Be (Papier Mache Press).