Skip to main content
Upload Proof of Vaccination
Reminder: All students, faculty, and staff must be fully vaccinated against COVID-19 and upload proof as a condition of accessing College buildings (including the residence hall) during the 2021-2022 academic year.
Academics
October 4, 2016

Born in New York City on November 27, 1942, Marilyn Hacker was the only child of a working-class Jewish couple, each the first in their families to attend college. Hacker attended the Bronx High School of Science before enrolling at New York University, where she received a BA in Romance Languages in 1964.

Hacker moved to London in 1970, where she worked as a book dealer. With the mentorship of Richard Howard, then the editor of The New American Review, Hacker's first collection of poems, Presentation Piece, was published by the Viking Press in 1974. The collection was both the Lamont Poetry Selection of the Academy of American Poets and the recipient of the National Book Award. 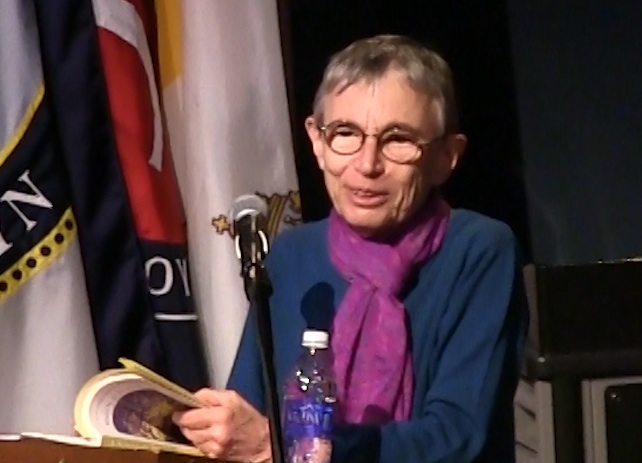 In 1976, Hacker's second collection of poems, Separations, was published by Alfred A. Knopf, followed by Taking Notice (Alfred A. Knopf, 1980) and Assumptions (Alfred A. Knopf, 1985). In 1986, Hacker published Love, Death, and the Changing of the Seasons (Arbor House), an autofictional narrative told mainly through sonnets. In 1990, she published Going Back to the River (Vintage Books), for which she received a Lambda Literary Award.

Hacker's 1994 collection, Winter Numbers (W. W. Norton), details the loss of many of her friends to both AIDS and cancer, and explores her own struggle with breast cancer. The collection, which was in many ways darker than Hacker's previous work, won both the Lenore Marshall Poetry Prize and a Lambda Literary Award.

Hacker is also highly regarded for her criticism, editing, and translation. She served as editor of The Kenyon Review from 1990 to 1994. As translator, she has published Claire Malroux's A Long-Gone Sun (Sheep Meadow Press, 2000) and Birds and Bison (Sheep Meadow Press, 2004); Vénus Khoury-Ghata's collections Here There Was Once a Country (Oberlin College Press, 2001), She Says (Graywolf Press, 2003), and Nettles (Graywolf Press, 2008); Guy Goffette's Charlestown Blues (Princeton University Press, 2007); Marie Ettiene's King of a Hundred Horsemen: Poems (Farrar, Straus and Giroux, 2008), which received the PEN Award for poetry in translation; Hédi Kaddour's Treason (Yale, 2010); Emmanuel Moses's He and I (Oberlin, 2010); Rachida Madani's Tales of a Severed Head (Yale, 2012); and Habib Tengour's Crossings (Post-Apollo Press, 2013).

Her essay collection, Unauthorized Voices, was published by Michigan in 2010.

Hacker has received numerous honors, including the Bernard F. Conners Prize from the Paris Review, the John Masefield Memorial Award of the Poetry Society of America, the PEN Voelcker Award, the Argana International Poetry Prize from the Beit as-Shir/House of Poetry in Morocco, and fellowships from the Guggenheim Foundation and the Ingram Merrill Foundation.

In 2008, she was elected a Chancellor of the Academy of American Poets. She lives in Paris.