Skip to main content
Upload Proof of Vaccination
Reminder: All students, faculty, and staff must be fully vaccinated against COVID-19 and upload proof as a condition of accessing College buildings (including the residence hall) during the 2021-2022 academic year.
Academics
June 24, 2015

Father Murray read from several of his books of poetry, including Of Francis and Clare (2013), a collection of poems about St. Francis, his parents Pietro Bernardone and Lady Pica, and St. Clare. Bodo also shared poems about his own parents. 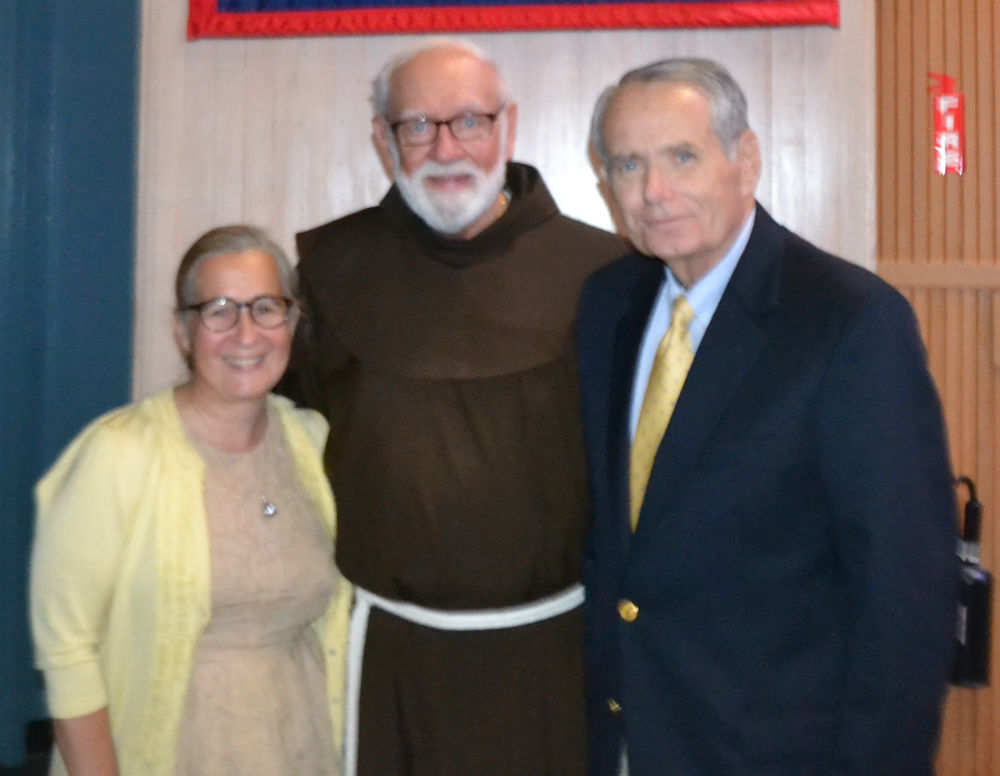 Father Bodo's books include Enter Assisi: An Invitation to Franciscan Spirituality (2015) Francis and Jesus (2013) as well as poetry collections Autumn Train (2015) and Something Like Jasmine (2012). (Learn more at murraybodo.com)

Fr. Murray has read his poetry at various venues in America, Italy, and England, including in William Wordsworth's church in the English Lake District.

He holds a Ph. D. in English and has taught English and American Literature, composition, and creative writing. Fr. Murray resides in inner-city Cincinnati, Ohio, and spends two months of the year in Rome and Assisi, Italy, as a staff member of "Franciscan Pilgrimage Programs."