Skip to main content
Upload Proof of Vaccination
Reminder: All students, faculty, and staff must be fully vaccinated against COVID-19 and upload proof as a condition of accessing College buildings (including the residence hall) during the 2021-2022 academic year.
Academics
April 19, 2018

Provocative Solutions for a 'Flawed Democracy'

As economic problems around the world mount, the solutions will be more and more difficult to implement, but best-selling economist Dambisa Moyo, offered up several provocative ideas to improve democracy and fix income equality in her speech at the Thomas J. Volpe Lecture Series on April 19, 2018.

To begin, Moyo laid out what she sees as the biggest problems with democracy and economics. She pointed to an ever-widening gap of income inequality, which is only made worse by a democratic process that she says bears no resemblance to the idea of "one man, one vote."

Moyo says we are living in a "flawed democracy" and that since only a fraction of eligible people vote, elected officials cater to a small group of people and as a result many of their priorities are short-sighted and have no regard for long-term consequences.

To curb this problem she proposes several ideas that she says will re-engage people with the democratic process. Among her ideas are to implement mandatory voting, as well as minimum standards for voting. She acknowledges that as a black woman from Africa she is sensitive to the idea that minimum standards may shock people who will relate it to Jim Crow laws and says that is not her intention. 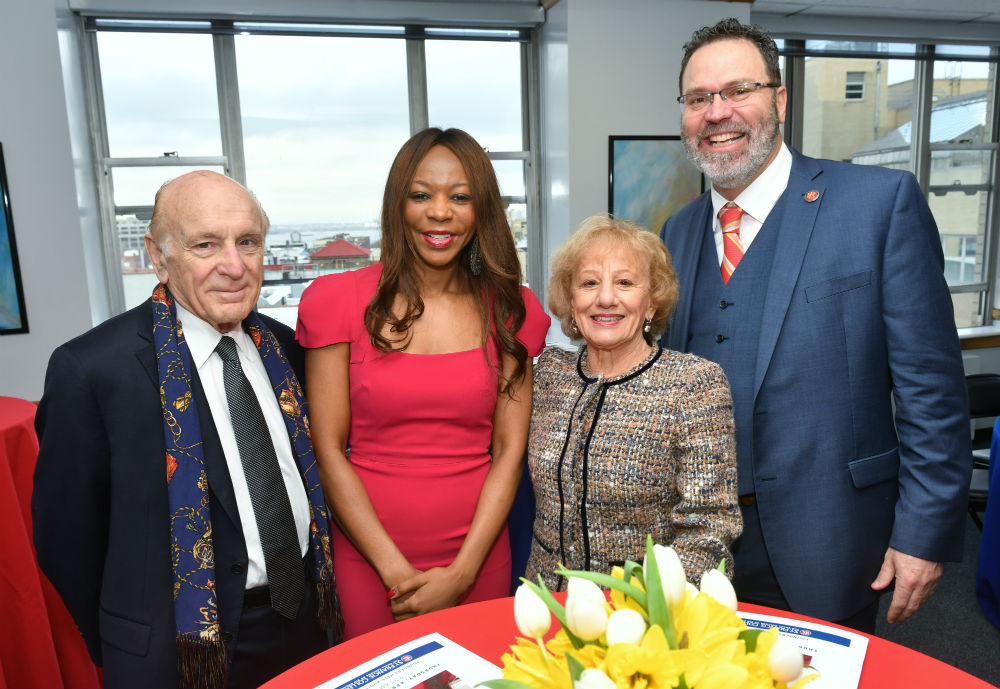 Moyo also says she'd like to see weighted voting, where for example, a young person's vote would count more since they are the ones who have to live with the consequences longer.

On the government side, she suggests that lawmakers get paid based on their performance and could even have salaries clawed back if their policies don't live up to their promises. She also recommends minimum standards for people who run for office.

While many of her ideas may seem radical, Moyo says every one of them is now in use in some part of the world. She cautions that without re-imagining and innovating within the democratic process, inequalities will continue to grow and cripple the world economy.

Speaking directly to the St. Francis audience she said the role of colleges is to produce graduates who can work in teams, across cultures, and who speak multiple languages. She said today's students need to understand the broad picture to be able to develop complicated solutions. 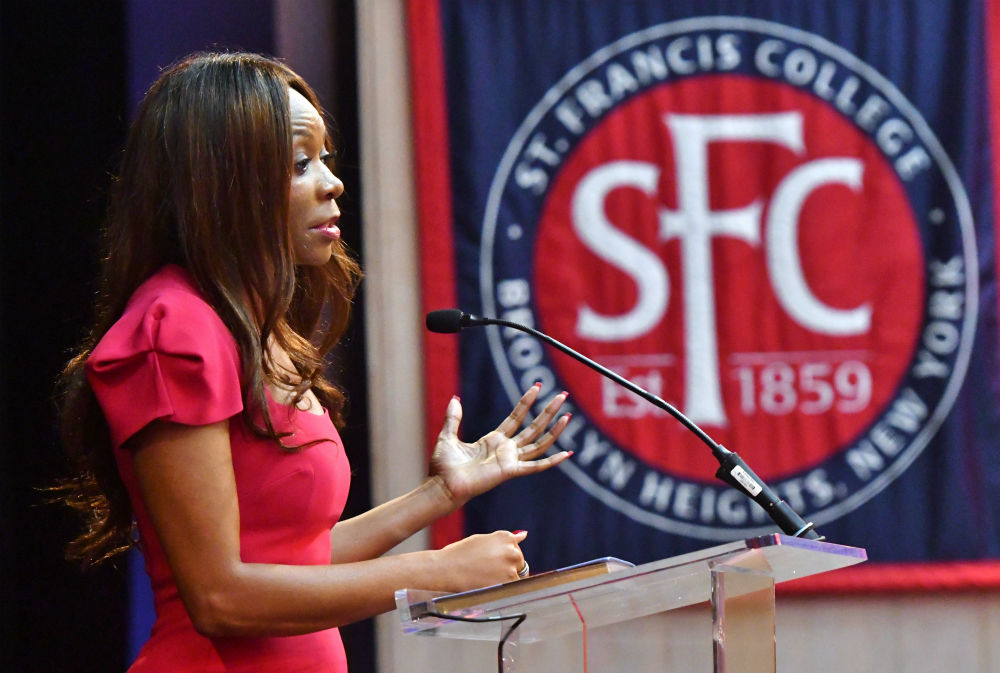 The talk came just a few days before the release of her new book Edge of Chaos: Why Democracy is Failing to Deliver Economic Growth—and How to Fix It.

A native New Yorker, Dr. Moyo has made both the Time 100 Most Influential People in the World and Oprah Winfrey's Power List. She is a pre-eminent thinker, who influences key decision-makers in strategic investment and public policy. Dr. Moyo is respected for her unique perspectives, her balance of contrarian thinking with measured judgment, and her ability to turn economic insight into investible ideas.

Dambisa has earned a strong reputation as a top-tier opinion former and trusted advisor on Macroeconomics, Geopolitics, Technology and Millennial themes. She is a Board member of Barclays Bank, Barrick Gold, and Chevron. She holds a Ph.D. in Economics from Oxford, a Masters from Harvard, and is recognized for fresh and innovative ideas as the Author of three New York Times Bestselling Books:

For the past 20 years, Thomas J. Volpe, Chairman Emeritus, of the College's Board of Trustees, has strived to introduce St. Francis College students to world-renowned speakers from the arenas of politics, literature, journalism, business and entertainment. His desire is to challenge them to listen and reflect upon aspects of contemporary and professional life they may have never before considered.