Skip to main content
Upload Proof of Vaccination
Reminder: All students, faculty, and staff must be fully vaccinated against COVID-19 and upload proof as a condition of accessing College buildings (including the residence hall) during the 2021-2022 academic year.
Academics
February 28, 2013

St. Francis College marked Black History Month with a look at Race and South African Theater, Past and Present, featuring a discussion of the impact of music and theater on Apartheid by Jacqueline Castledine and Megan Lewis, both from the University of Massachusetts Amherst.

Dr. Jacqueline Castledine, a historian, teaches interdisciplinary studies in the University Without Walls program at the University of Massachusetts Amherst. Dr. Castledine has published two books: a co-edited volume titled Breaking the Wave: Women, Their Organizations, and Feminism, 1945-1985 (Routledge, 2010) and Cold War Progressives: Women's Interracial Organizing for Peace and Justice (University of Illinois Press, 2012). She is currently writing a book about women's alliances in the U.S. Black Power and the South African Black Consciousness movements. 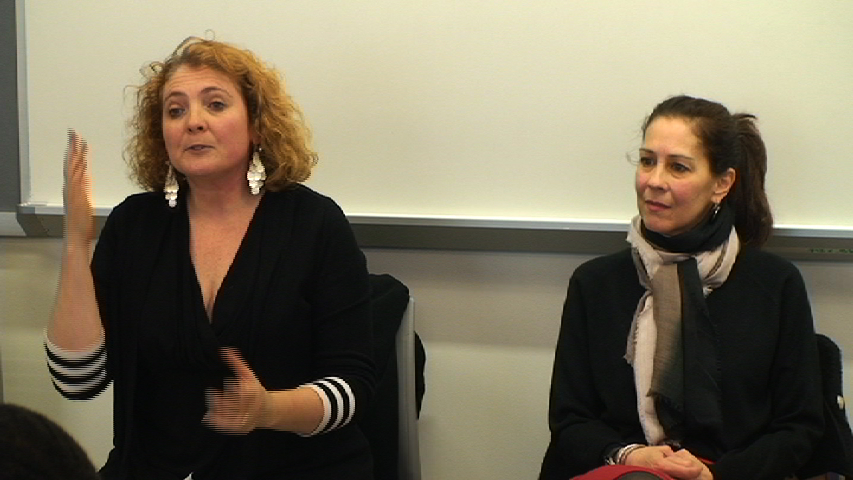 Dr. Megan Lewis is a South African theatre, performance, & film scholar who joined the Department of Theater at UMass in 2011. Dr. Lewis’s research interests focus on African theatre and film, broadly, and South African performance, more specifically. She is currently working on a book about Afrikaner performance before, during, and after apartheid. In addition to teaching and writing, she works as a documentary filmmaker, videographer, producer, and director.