Skip to main content
Upload Proof of Vaccination
Reminder: All students, faculty, and staff must be fully vaccinated against COVID-19 and upload proof as a condition of accessing College buildings (including the residence hall) during the 2021-2022 academic year.
Lecture Series
November 20, 2019 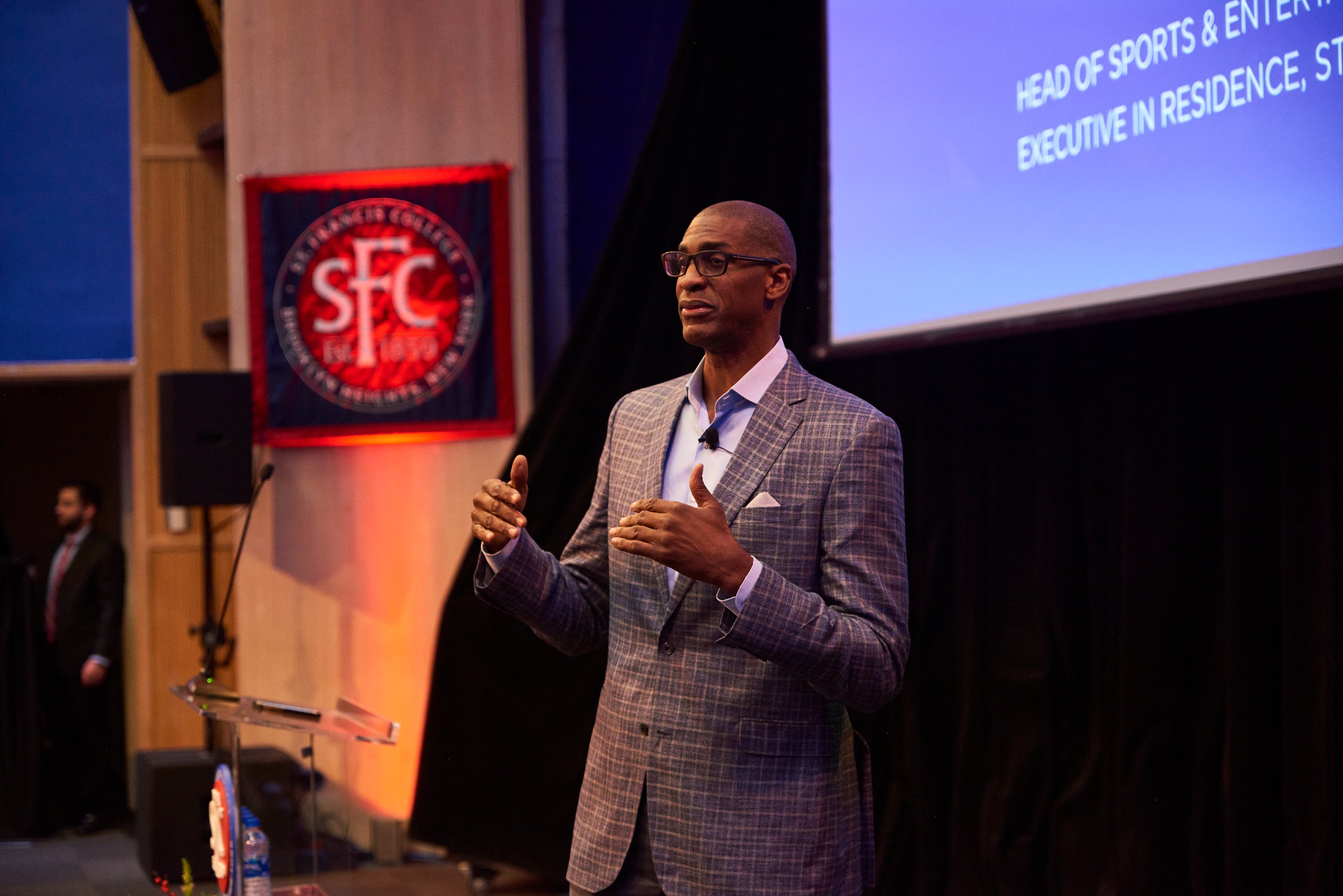 "I love meeting people. I love to learn new things about people. You actually find out more about yourself the more you engage and meet with other people from other cultures."

Encouraging the audience to not merely tolerate but accommodate people from cultures other than their own, Charles D. Smith, who retired from a 10-year professional basketball career in 1997, delivered an impassioned speech today that extolled the life-changing effects of global travel and meaningful cross-cultural relationships.

Smith was the featured speaker in this year's Thomas J. Volpe Lecture, an annual event that brings leaders from government, business, the arts, sports and entertainment to St. Francis College's Brooklyn Heights campus.

"When you go to another country, a lot of times you're trying to impose your will and what you do, how you've grown up, into another person's society. And nine times out of 10, you'll fail," said Smith, when pointing out that people must be sensitive to the cultural norms and values of those they encounter to engender mutual respect and find common purpose. Smith traveled the globe extensively organizing and promoting basketball games with retired NBA players after serving his role as Executive Director of the NBA Retired Players Association.

He addressed his own transformation from a win-at-all-costs, self-centered elite athlete to a business executive who is able to thoughtfully navigate interpersonal workplace relationships.

"My dialogue at that time was 'sports'...So my communication style for business was very harsh, but I didn't realize it until I went to a therapy session. So that was the biggest obstacle. Understanding how I needed to understand corporate culture," said Smith.

According to Smith, engaging people across cultures not only enriches individuals' own lives but is necessary to be successful in today's business world.

"The world is your neighbor. It's all about consumers. Everybody's right next door to you...So with the world being like that, you have to jump into the game. You're going to have to learn about other individuals...If you want to be successful in whatever you do...you're going to have a diverse group of people in the workplace."

Smith pointed out that despite differences in social customs, all people share one common trait.