The maintenance is scheduled to take place on the following days: June 21, June 22, July 11, July 13, August 1, August 3, August 16, and August 17. If you experience any problems accessing any of these applications during these dates, please understand the application may be down for migration. SFC IT will be sending out notifications when systems are back online. Thank you for your support and patience during this process.
Academics
March 22, 2010

on Wiederhorn Discusses 20 Years of Life in Music

With a slightly self-deprecating tone that belies the fact that he has one of the coolest jobs around, rock music journalist Jon Wiederhorn spoke to a group of St. Francis College students and other members of the community about his 20 year career in the business on Monday, March 22 at the College. (Watch Jon Wiederhorn) 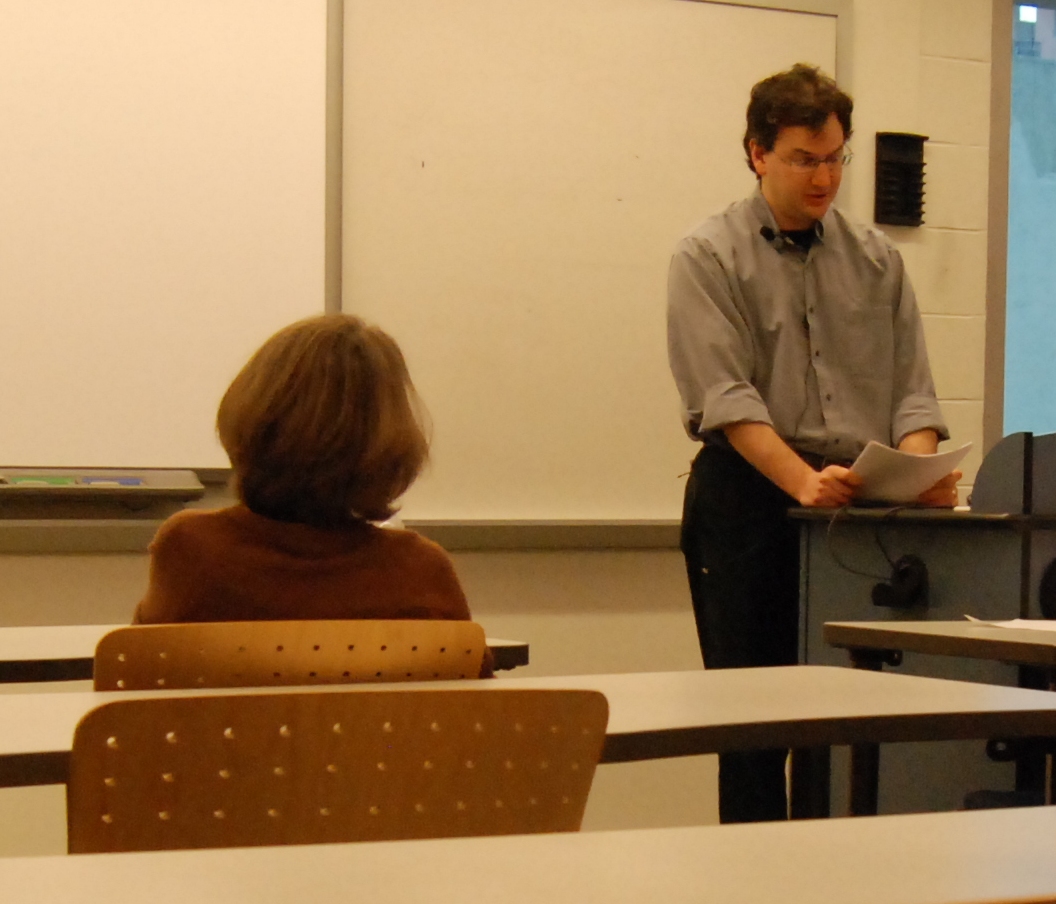 From there Wiederhorn provided an engaging and informative talk about what it means to be a journalist in an industry that is undergoing constant upheavals. He peppered the talk with anecdotes about being blacklisted by Sharon Osbourne after asking Ozzy the wrong question, connecting with David Bowie only to find it was all part of his showmanship and giving an office tour to a little known band looking to kill some time that just a few months later would become one of the biggest rock bands of the decade, Radiohead.

Within those events were lessons on how to navigate the music journalist field; paying dues at his first job as a staff writer for Oil Express, a petroleum industry newsletter, while trying to build up freelance work at several music magazines. Wiederhorn offered tips on landing and keeping assignments, building up a resume and trying to keep tabs on the various magazines that are launching, folding, resizing and reinventing themselves to capture the attention of a crowded internet filled marketplace where record sales are still plummeting.

“Jon Wiederhorn’s fascinating and entertaining presentation on the ups and downs of being a rock music journalist was packed with loads of practical advice and wisdom for student writers,” said St. Francis English Professor Gregory Tague, who helped organize the event with English Professor Athena Devlin. “Wiederhorn took the time to go into great detail on what students can do now, how they can get started, and the next steps to help them establish a writing portfolio.”

In one final, generous proposal, Wiederhorn offered to help aspiring writers by soliciting resumes for interns to help him with his new project, his first book, Louder Than Hell: An Unflinching Oral History of Metal.

Over the years, Wiederhorn, who lives in Bay Ridge, has worked as an associate editor at Rolling Stone, executive editor at Guitar Magazine and MusicPlayer.com, and editor in chief at Guitar.com and HeadbangersBlog.com. He has also freelanced for TV Guide, Spin, Entertainment Weekly, Cosmo, and Teen People.