The maintenance is scheduled to take place on the following days: June 21, June 22, July 11, July 13, August 1, August 3, August 16, and August 17. If you experience any problems accessing any of these applications during these dates, please understand the application may be down for migration. SFC IT will be sending out notifications when systems are back online. Thank you for your support and patience during this process.
Academics
April 10, 2008

Iraqi Judge Raid Juhi Al-Saedi says his role in presiding over the investigation of former Iraqi Dictator Saddam Hussein for war crimes was more important than concerns for his own life. "We need to teach our society how to respect the rule of law in Iraq," Juhi told a packed theater Thursday, April 10 in a talk sponsored by the St. Francis College Department of International Culture Studies.

Judge Juhi said that for him, there are two responsibilities, to his country and to his life. He knew the danger, seeing fellow judges and prosecutors executed for their roles in the trial, but compared it to Italy when judges were being killed for taking a stand against the mafia. He said the courts were a necessary step and the right path for the country to take and far outweighed the risks to individuals.

The talk began with a history of the last 50 years of the judiciary in Iraq. Juhi said that in three of the four coups from 1958 to 1979, when Saddam Hussein took power, the previous leaders had been arrested and executed within hours of the takeover and without a trial. This time, he said Iraqi's were determined to establish the law. He acknowledges that the court system may not be perfect yet, but it is established as a solid, independent judiciary.

Dr. Yassin El-Ayouty, a longtime professor at St. Francis College was instrumental in bringing the judge to Brooklyn. He described Juhi as "hard as nails" telling the audience that when Hussein challenged the judge as being a pawn of the United States, Judge Juhi pulled out a piece of paper signed by Hussein himself that first made Juhi an official Iraqi judge. 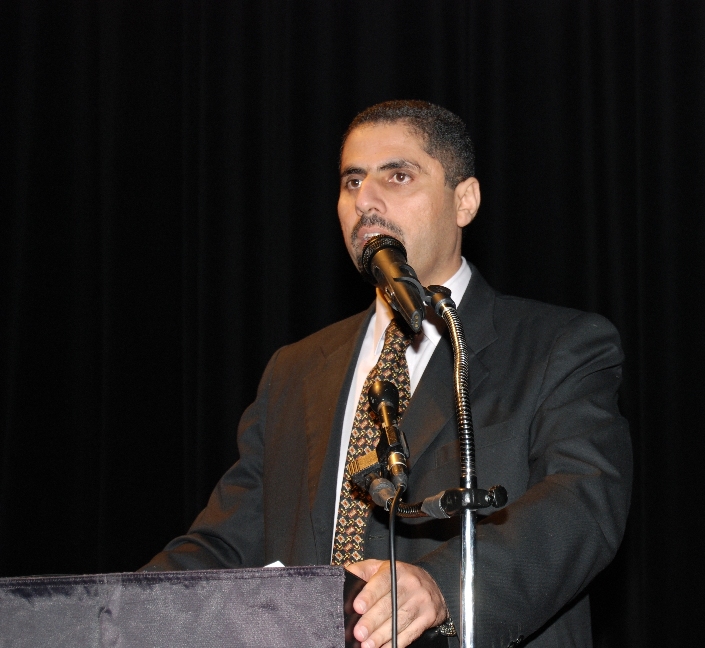 Judge Juhi likened his role in the trial of Hussein, Chief Investigative Judge of the Iraqi High Tribunal, as that of U.S. prosecutor before a grand jury. He went into great detail about how the case was built; putting together teams that handled 10 tons of documents and located some 250 mass graves that held more than 300,000 victims of the Hussein regime. The investigation cost tens of million of dollars and included building small cities near some of the mass grave sites so investigators and forensic scientists could safely proceed with the unhappy task of exhuming and identifying victims, while other interviewed witnesses and surviving victims.

Ultimately, Judge Juhi referred to trial, the first two cases against Hussein, for genocide, crimes against humanity and war crimes committed against the Kurdish people of Iraq. These cases resulted in the conviction, death sentence and execution of Hussein.

Judge Juhi was the first Iraqi judge to agree to be identified in public and has survived several assassination attempts. Before serving on the High Tribunal, Judge Juhi was appointed chief investigating judge at the newly formed Baghdad Central Criminal Court. He graduated from the University of Baghdad, College of Law in July of 1993 and studied at the Judicial Training Institute of Iraq, the Judicial Institute of Iraq, The United States Institute of Peace and the International Human Rights Law Institute. He also received additional judicial training in the United States, the United Kingdom, Italy and Jordan. He was appointed by Ambassador L. Paul Bremer as an Investigative Judge for the newly formed Central Criminal Court of Iraq.