The maintenance is scheduled to take place on the following days: June 21, June 22, July 11, July 13, August 1, August 3, August 16, and August 17. If you experience any problems accessing any of these applications during these dates, please understand the application may be down for migration. SFC IT will be sending out notifications when systems are back online. Thank you for your support and patience during this process.
In the Spotlight
September 21, 2019 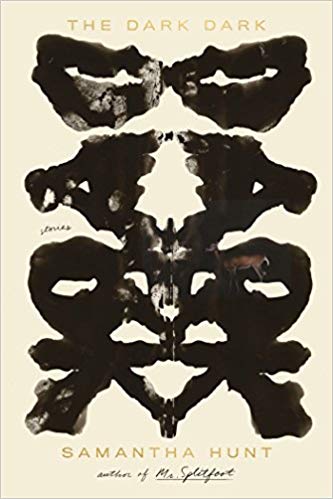 Samantha Hunt has won the 2019 SFC Literary Prize for THE DARK DARK, a short story collection that explores the wonders and terrors of human biology.

The announcement came during the Brooklyn Book Festival's annual gala celebration on September 21st, at City Point in downtown Brooklyn.

The biennial SFC Literary Prize awards $50,000 to a writer's third to fifth published work of fiction, once they have advanced beyond eligibility for awards for debut works. It began in 2009.

Hunt's work bested five other finalists from among the 184 entrants this year.

"I was unbelievably surprised," said Hunt, about her reaction to her win. "It feels like a rainbow falling out of the sky and landing on my head."

A three-member jury – writer Chris Abani, novelist Kate Christensen, and fiction writer Ron Currie – picked the winner. Along with Dr. Ian Maloney, SFC English Professor and Director of the Literary Prize, they chose the finalists too.

"A small paperback collection of stories might not be the obvious choice for a major mid-career literary award, but we chose THE DARK DARK...unanimously and without argument," said Christensen. "Samantha Hunt is not an obvious writer, either. Her stories ring with startling sharpness, a deft knife's-edge slicing into the fatless meat of her tales, then twisting unexpectedly. She has a singular vision with arresting power."

"Like any reader, I'm looking for prose that reaches out and grabs me by the collar--or the throat--from the very beginning," said Currie. "THE DARK DARK does that, but what's more impressive is how it maintains its grip, something particularly impressive in a short story collection. It's wry, wild, tender, and weird, yet still somehow balanced, equal parts ecstatic vision and precision craft."

Hunt published three novels prior to THE DARK DARK. Mr. Splitfoot, a ghost story, The Invention of Everything Else, about the life of inventor Nikola Tesla, and The Seas, her first novel, which was republished by Tin House Books in 2018. The recipient of a 2017 Guggenheim Fellowship, Hunt won the Bard Fiction Prize, the National Book Foundation's 5 Under 35 Prize and she was a finalist for the Orange Prize and the PEN/Faulkner Prize. She has been published by The New Yorker, The New York Times, and a number of other fine publications.

Hunt describes her approach to writing as processing and contemplating what she has observed and heard around her.

'The idea of THE DARK DARK, the title, is an investigation of the things that frighten us, but not enough to hide from them," said Hunt, who teaches at Pratt Institute in Brooklyn and lives in upstate New York. "For example, looking out your back door at night and thinking, 'there's something spooky out there' but, rather than locking the door, I'm interested in our desire to walk out into the darkness, because we are curious or because we know we are small."

THIS MOURNABLE BODY by Tsitsi Dangarembga

WHERE THE DEAD SIT TALKING by Brandon Hobson

THE LINE THAT HELD US by David Joy

St. Francis College is a Community Partner of the Brooklyn Book Festival, one of America's premier book festivals and the largest free literary event in New York City.