The maintenance is scheduled to take place on the following days: June 21, June 22, July 11, July 13, August 1, August 3, August 16, and August 17. If you experience any problems accessing any of these applications during these dates, please understand the application may be down for migration. SFC IT will be sending out notifications when systems are back online. Thank you for your support and patience during this process.
Academics
November 16, 2017

Brooklyn (November 16, 2017): The tobacco epidemic kills 28,200 people every year in New York State alone and afflicts more than a half million New Yorkers with serious tobacco-related illnesses and disabilities. Despite a substantial decline in smoking rates in New York City in the past decade, there are still tobacco-related health disparities affecting many New Yorkers. As part of the Great American Smokeout (GASO), NYC Smoke-Free collaborated with St. Francis College in Brooklyn Heights to encourage smokers on campus and in the larger community to quit for one day and to raise awareness of the importance of smoke-free protections in creating environments where quit attempts are more likely to be successful.

"I commend NYC Smoke-Free and St. Francis College for bringing the fight against smoking to Brooklyn Heights and beyond," said Brooklyn Borough President Eric L. Adams. "Smoking is a damaging habit that leads to many long-term health problems, including asthma, cancer, and emphysema. Engaging our young people on the dangers of smoking and the ways to quit, particularly on college campuses, will ensure that their generation will live long and healthy lives. In honor of the Great American Smokeout, I urge all Brooklynites to heed the warning calls and seek out help to quit smoking from the many resources that are readily available across our borough".

Dr. Michele Montecalvo, GASO co-organizer and Health Sciences and Health Care Management professor at St. Francis, added: "The Great American Smokeout is an opportunity to continue the conversation about tobacco use, social justice, advocacy, and stress relief. Open conversations about tobacco use and other addictive substances are critical in all the public health research and educational programming we conduct here at St. Francis College. Because we are in Brooklyn, we must acknowledge the predatory marketing and disadvantages our vulnerable populations have historically encountered by the tobacco and (now) the vaping industry – simply because it is the right thing to do. Our grant with CVS Health and the American Cancer Society allows us to offer stress relief programming with engaging our Franciscan hearts to embrace, advocate, and support students, families, and community members who want to develop a healthier tobacco-free lifestyle." 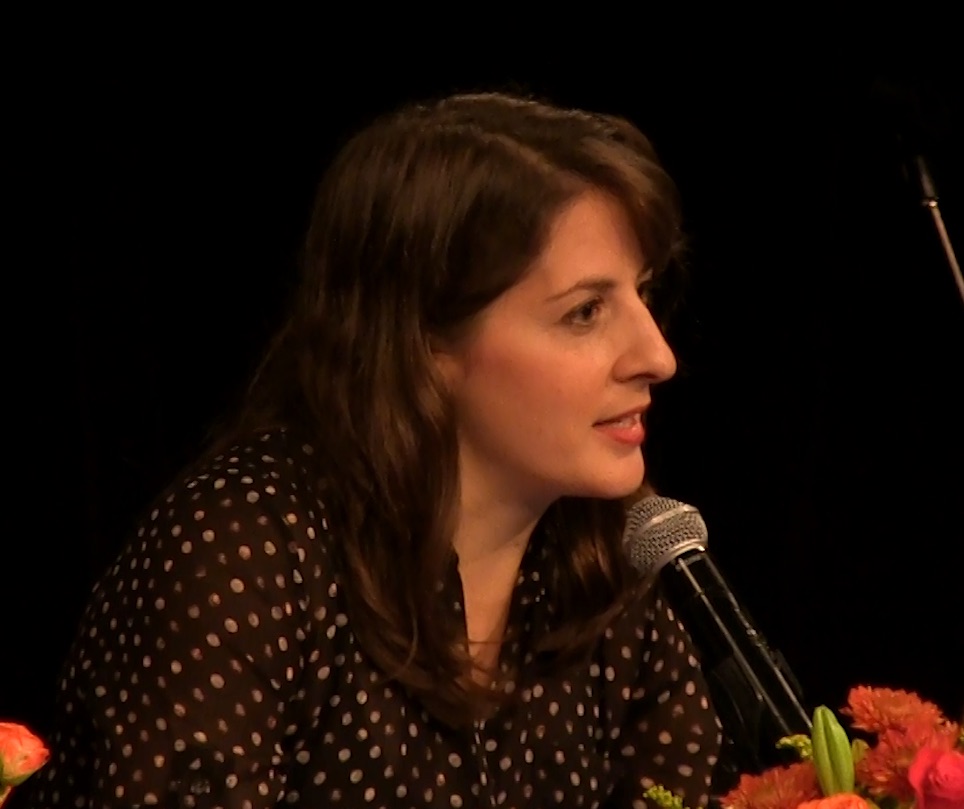 New York City has been a global leader in the fight against Big Tobacco and has made tremendous progress in preventing tobacco addiction and protecting our communities from dangerous secondhand smoke pollution. "We must continue to fight for the health of all New Yorkers, especially vulnerable groups that have dramatically higher smoking rates, such as those struggling with mental health, immigrant communities and the LGBT population" said Julia Cuthbertson, Brooklyn community engagement coordinator for NYC Smoke-Free at Public Health Solutions. "NYC Smoke-Free is thrilled to join St. Francis College and many other community partners and local leaders for the Great American Smokeout to draw attention to the devastating tobacco epidemic and need for smoke-free environments to protect the health of all New Yorkers."

Activities on campus included an #IWantToBeAFormerSmoker Health Fair, presentations by health educators, a screening of the short film Black Lives, Black Lungs, performances by St. Joseph's High School Choir and Steppers, and an interactive "Lung to Lung" panel on the state of tobacco use in NYC's most populous borough. 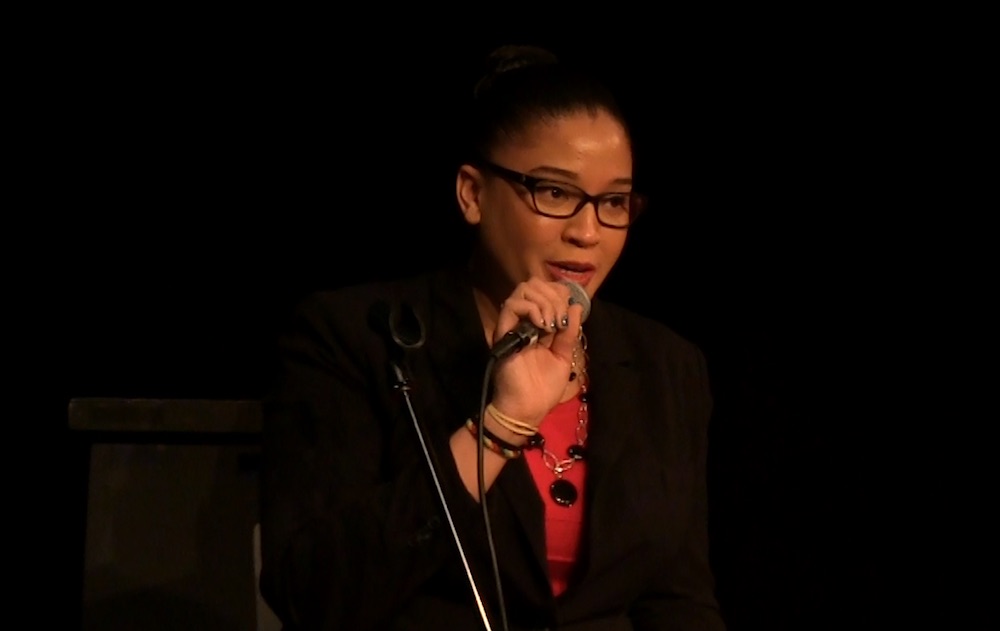 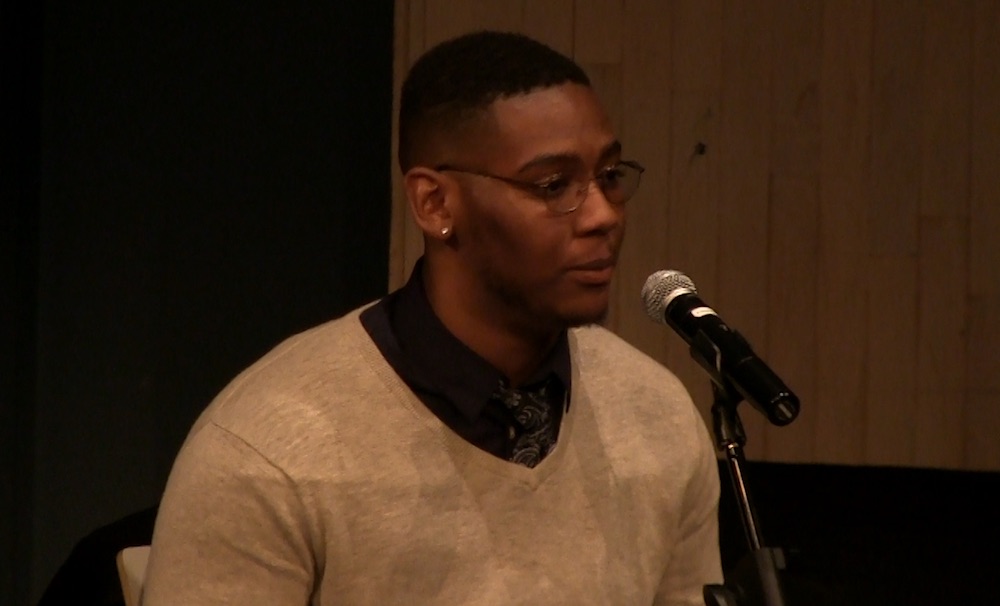 The smoking rate among adult New Yorkers decreased last year after stalling in 2015, continuing a significant downward trend since 2002, when the NYC Smoke-Free Air Act was passed. According to recently released NYC Department of Health and Mental Hygiene data, 13.1 percent of New York City adults were smokers in 2016, with almost one-third of them residing in Brooklyn. The current rate represents a 39 percent decline in smoking from the 2002 prevalence rate. Despite the progress, there are still nearly 870,000 adult smokers in New York City.

The Great American Smokeout, an event created by the American Cancer Society, is held annually on the 3rd Thursday of November and is observed nationwide.

NYC Smoke-Free, a program of Public Health Solutions, works to protect the health of New Yorkers through tobacco control policy, advocacy, and education. Formerly the NYC Coalition for a Smoke-Free City, we partner with community members, legislators, and health advocates to support local efforts to end the devastating tobacco epidemic throughout NYC. We believe every New Yorker has the right to breathe clean, smoke-free air where they live, work and play. Learn more at http://www.nycsmokefree.org