Skip to main content
Upload Proof of Vaccination
Reminder: All students, faculty, and staff must be fully vaccinated against COVID-19 and upload proof as a condition of accessing College buildings (including the residence hall) during the 2021-2022 academic year.
June 7, 2016 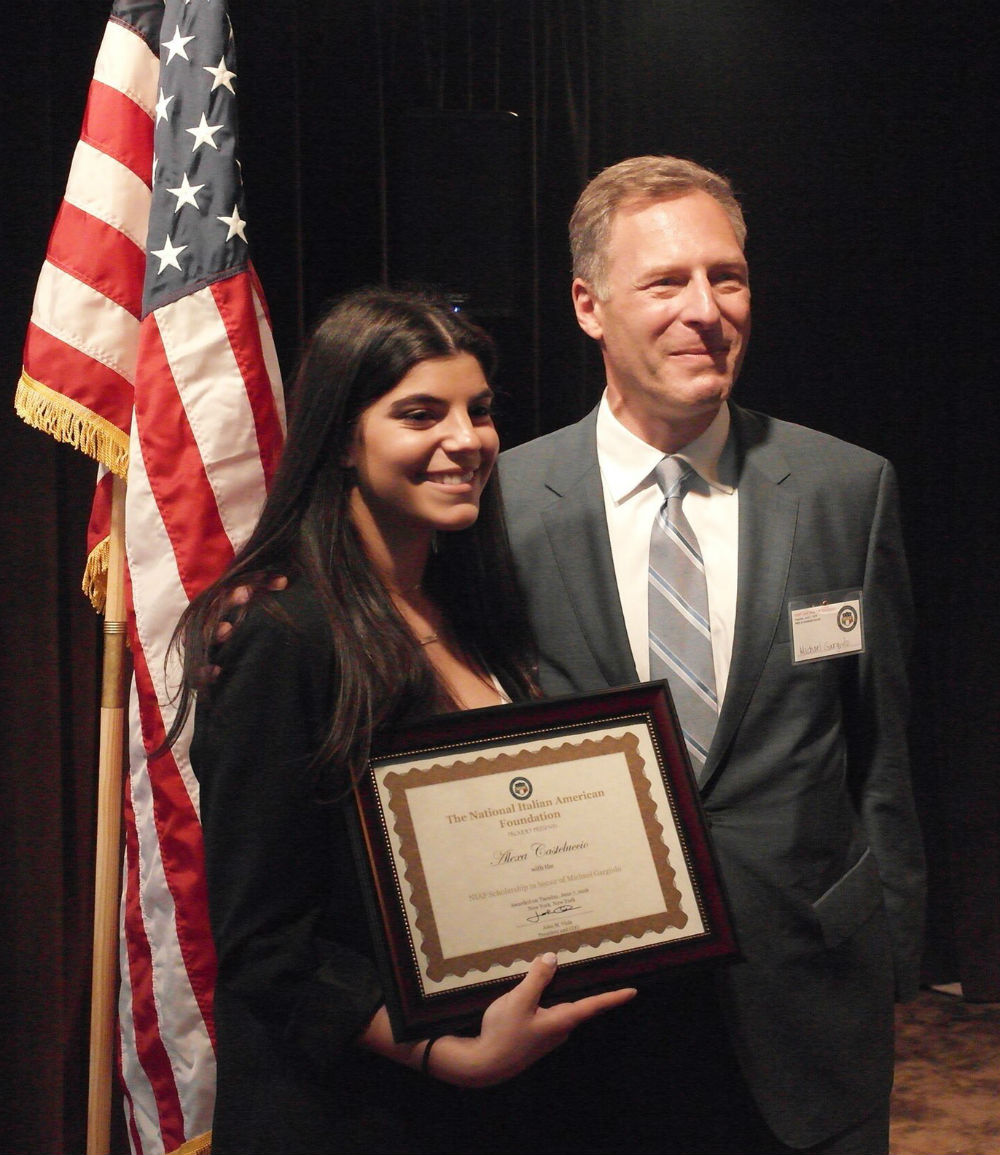 "I am extremely grateful and truly honored to receive this award," said Castelluccio of Astoria, Queens and who will be a senior this year. "This scholarship is such a big help to my family. I now realize that hard work and dedication truly does pay off."

At St. Francis College Castelluccio is a member of Terrier TV, helping to produce and appear in a variety of student created programming. She is also an intern at The Wendy Williams Show this summer. Alexa previously graduated from St. John's Preparatory High School in Queens.

In addition to lending his name to the honor, Emmy–award winning journalist and co-anchor of NBC 4 New York's weekday newscast, "Today in New York," Michael Gargiulo was master of ceremonies for the event. Gargiulo is a longtime support of NIAF and has emceed the event for five consecutive years.He also has covered the Foundation's Anniversary Awards Galas in our nation's capital.

"We are very proud of Michael's outstanding achievement in the field of broadcasting and remain grateful to his dedication in leading our NIAF event program each year," said Caiazzo. "NIAF values the importance of education and the role it plays in helping deserving Italian American students including Alexa Castelluccio, build promising futures."

NIAF Board of Director Nicholas R. Caiazzo presented the scholarship to Castelluccio during the Foundation's New York Golf Kick-Off Reception. The 12th Annual Golf Tournament will be held August 8 at the Old Westbury Golf and Country Club in Old Westbury.

Since NIAF's inception 40 years ago, the scholarship program has grown from four scholarships of $250 each to dozens of annual scholarships ranging in value from $2,000 to $12,000, each in the Italian language and culture, medicine, engineering, business, law, music, and other specialized fields.Last year, the average scholarship to students in the United States was worth more than $6,000. NIAF has awarded millions of dollars in merit-based scholarships and cultural grants to undergraduate, graduate, post graduate, medical and law students from across the country.

The National Italian American Foundation (NIAF) is a non-profit organization headquartered in Washington, D.C. It is dedicated to preserving the heritage of Italian Americans. Visit www.niaf.org for scholarship and program information.