Skip to main content
Upload Proof of Vaccination
Reminder: All students, faculty, and staff must be fully vaccinated against COVID-19 and upload proof as a condition of accessing College buildings (including the residence hall) during the 2021-2022 academic year.
Academics
November 10, 2014

With a nearly perfect score, a group of St. Francis College students under the supervision of Economics Professor Behrouz Tabrizi made it through to the semi-final round of the annual College Fed Challenge organized by the Federal Reserve Bank of New York. 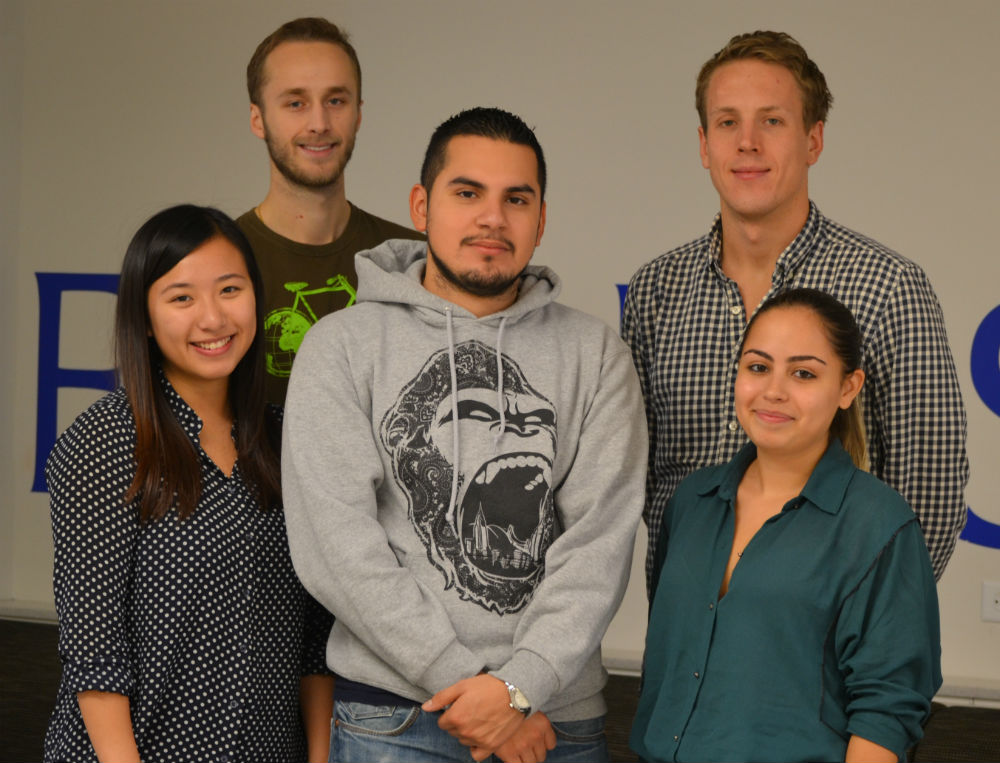 “It means a lot to be from a small college and to be able to beat that many institutions,” said student team leader and Economics major David Lönnberg ‘15. “This is a big win for the Economics Department and all of St. Francis College.”

The five students went up against 35 other colleges last month at the Federal Reserve Bank of New York building, earning perfect scores on two sections for their display of knowledge of current macroeconomic conditions and for team work.

The judges wrote that the team’s, “Knowledge of current economic conditions and events was superior,” and that, “The economic analysis of the impact of income inequality was very much appreciated.”

Now, the team, which also includes Krystal Maldonado ‘17, Phoebe Lee ‘15, Felipe Martinez ‘15, and John Sundqvist ‘15, are preparing for the next round on November 14, along with eight other teams from colleges including Columbia, Hamilton, and Rutgers.

The contest is meant to spark interest from college students from the tri-state area in gaining a deeper understanding of macroeconomics, finance, and monetary policy. Presentations are graded by members of the Federal Reserve.

“It was a honor to be part of a great team and make history for St. Francis,” said Accounting major Phoebe Lee. “The knowledge I learned from being in the Fed Challenge team is lifelong. It has become a habit for me to read the newspaper everyday and keep myself up to date on the condition of the economy. It is fascinating to look at the US economy from an analytical point of view.”

Teams from St. Francis College, guided by Dr. Tabrizi have taken part in Fed Challenge for several years, but this is the first time St. Francis has recorded a perfect score and the first time they’ve made it to the semi-final round.

“I would like to thank the Economics Department and Dr. Tabrizi who is not only a phenomenal professor but who has put forth an exceptional amount of effort through his guidance and advice,” added Economics minor Krystal Maldonado. "It is such an incredible honor to be part of the Fed Challenge and I am elated that we've made it to the next round."

St. Francis College, founded in 1859 by the Franciscan Brothers of Brooklyn, is located in
Brooklyn Heights, N.Y. Since its founding, the College has pursued its Franciscan mission to provide
an affordable, high-quality education to students from New York City’s five boroughs and beyond.