Skip to main content
Upload Proof of Vaccination
Reminder: All students, faculty, and staff must be fully vaccinated against COVID-19 and upload proof as a condition of accessing College buildings (including the residence hall) during the 2021-2022 academic year.
Academics
April 7, 2016

St. Francis College welcomed friends and family of Dr. Frank Macchiarola '62 back to the College on April 7, 2016, what would have been his 75th birthday, for the unveiling of the President Frank J. Macchiarola Digital Archive. 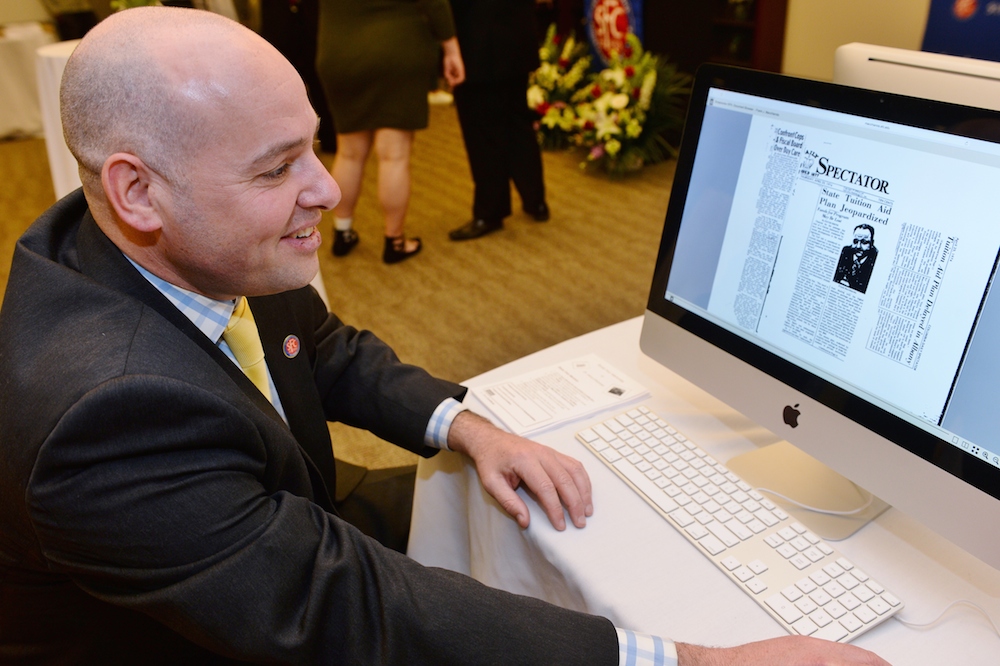 Over a period of three weeks, Data Conversion Laboratory (DCL) organized, created and converted to digital an archive from nearly 38 years worth of press and special papers (including books) on or by Frank Macchiarola. 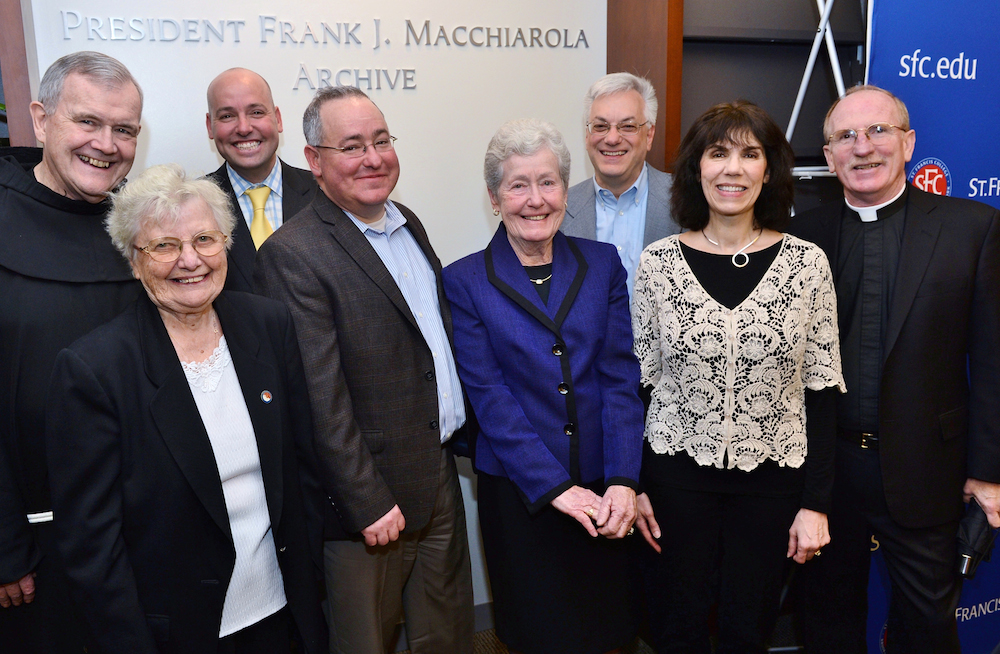 "It's on work like this that we did for St. Francis College that we can feel the human side, and the importance of data conversion," said Mark Gross, CEO of DCL. "Preservation is essential to retain the lessons of people who have made a difference. This project was not just about the technical aspects, but also about retaining the lesson of the past for the future. We're proud to have helped preserve Dr. Macchiarola's influential legacy."

"From his graduation from St. Francis College in 1962 to his return as President in 1996, so much of Dr. Macchiarola's life centered on his connection to the College's Franciscan tradition," said St. Francis President Brendan J. Dugan, also a graduate of the College. "When he took over, he brought the College full-speed into the 21st century and put it on its current upward path. It's fitting that now, his memory and his work will be preserved with the latest in new technology."

Dr. Macchiarola had a varied and vibrant career. He was an active public servant, appointed in 2003 by Mayor Michael Bloomberg to serve as chair of the New York City Charter Revision Program. Mr. Macchiarola was also appointed by Governor George Pataki to the New York State Commission on Education Reform. Further, he served as special counsel to the New York Law firm of Tannenbaum Helpern Syracuse & Hirschtritt LLP and was the author of numerous books.

It's clear his accomplishments needed to be preserved and made accessible. The DCL and St. Francis College partnership accomplished this and then some. Dr. Macchiarola passed away in 2012 and this archive is a lasting tribute to his legacy as an important academic and public figure.

See the archive at: http://macchiarola.sfc.edu/omeka/