Skip to main content
Upload Proof of Vaccination
Reminder: All students, faculty, and staff must be fully vaccinated against COVID-19 and upload proof as a condition of accessing College buildings (including the residence hall) during the 2021-2022 academic year.
Academics
September 15, 2009

Special Screening: Pray the Devil Back to Hell

In 1989, Charles Taylor began a campaign of terror and brutality that began a cycle of revenge and violence that ravaged the country of Liberia for almost 15 years. In 2003, something happened to finally help bring the civil war to an end. A group of civilian women banded together, across religious and economic lines, and began protesting for peace. Their efforts culminated at peace talks in neighboring Ghana, where the women blockaded the opposing sides inside the talks and successfully demanded a quick resolution. Two years later, the movement continued its fight and spearheaded the election of the first woman President on the entire African continent.

This is the story of Pray the Devil Back to Hell, shown at a special screening at St. Francis College, Tuesday, September 15 sponsored by the US National Committee for UNIFEM and presented by the St. Francis College Communications Arts Department and Women's Studies Center. The US National Committee is screening the film in the five boroughs as part of the Global Peace Tour through the month of September, and is committed to getting its message out even beyond the end of the month.

After the movie, Leslie Wright, Vice President of the US National Committee for UNIFEM (United Nations Development Fund for Women) and Tacko Ndiaye, a program specialist for UNIFEM talked about the efforts of the women in the documentary as well as what their organization is doing now to continue the fight for women’s rights in Liberia. 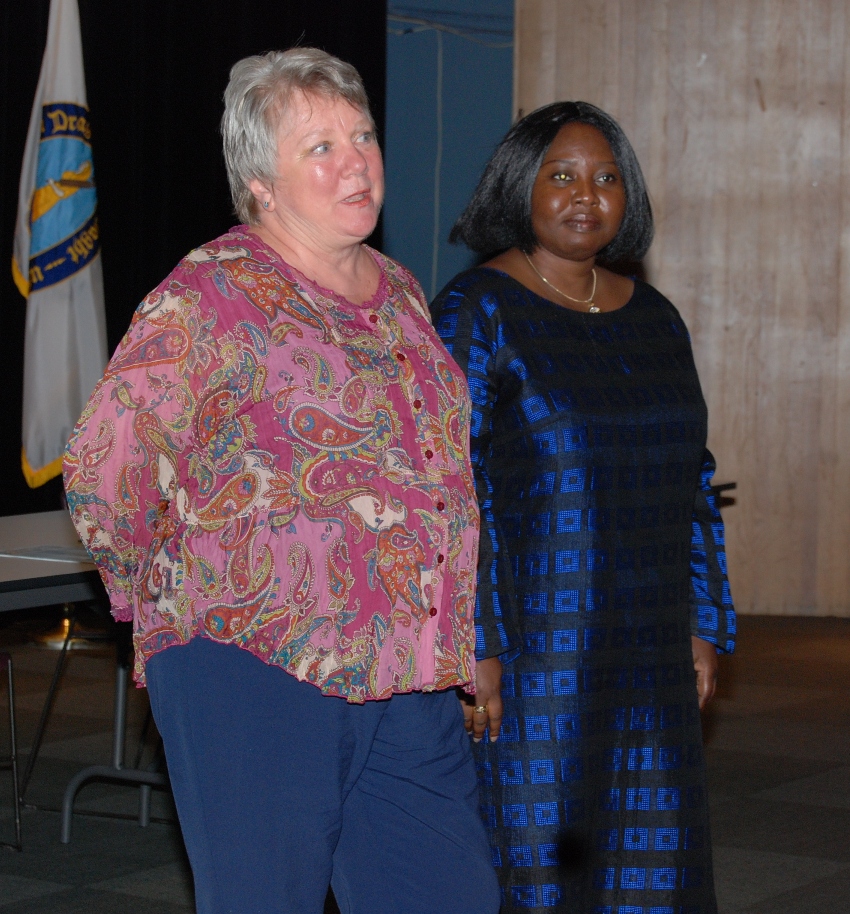 Ndiaye, from Senegal, described the various programs that UNIFEM works on in Liberia. UNIFEM helps to create a social and economic support system for the victims of conflict, helping to bring their stories to the Truth and Reconciliation Commission which is working to heal the wounds of the country. They also provide literacy classes, help rebuild women’s markets and fight to end violence against women by working with customs officials at international trade points and in prisons -- two areas where women are still routinely victimized.

Wright said that the film, “shows that we as individual people, not just women, can do remarkable things when we set our minds to it. The women in this film give us inspiration for our own lives.”

The US National Committee for UNIFEM (UNIFEM/USNC), founded in 1987, is one of 17 national committees working to create a world where women and girls live free from violence, poverty and inequality. www.unifem-usnc.org