Skip to main content
Upload Proof of Vaccination
Reminder: All students, faculty, and staff must be fully vaccinated against COVID-19 and upload proof as a condition of accessing College buildings (including the residence hall) during the 2021-2022 academic year.
Academics
August 15, 2019 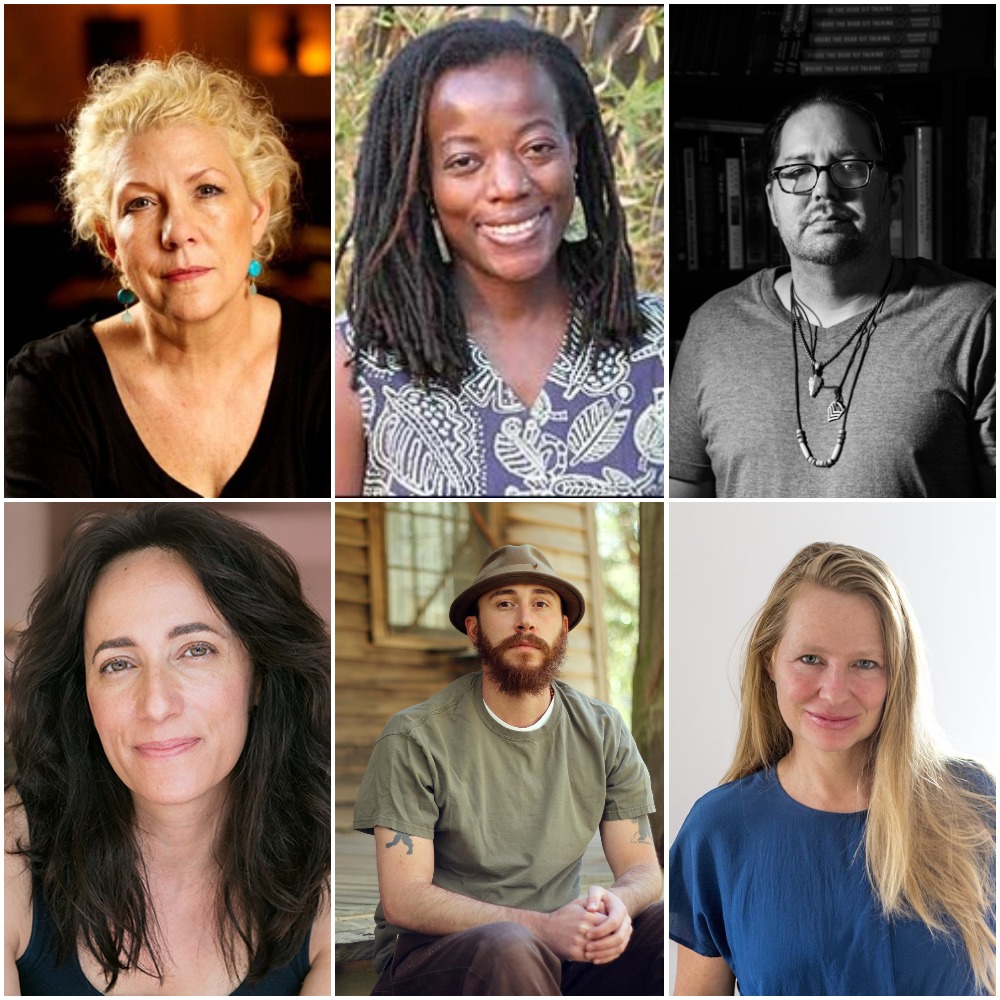 The prize winner will be announced at the Brooklyn Book Festival's Gala on September 21st at City Point in Brooklyn.

The SFC Literary Prize began in 2009 to recognize outstanding fiction by writers in the middle stages of their careers, once they have advanced beyond eligibility for awards for authors' debut works. This year's call for submissions attracted 184 entries, up from 40 in its inaugural year.

"We had quite a number of worthy candidates in submissions we received," said SFC English Professor Dr. Ian Maloney, who founded the Literary Prize with Dr. Timothy Houlihan, SFC Associate Professor of History, and serves as its Director. "I commend this excellent and engaged jury for selecting a diverse, innovative, and powerful group of finalists, who are all worthy of this recognition. I can't wait to see who the jury finally decides upon because each one of these books packs a punch and is worthy of the award."

Dr. Maloney and a three-member jury – writer Chris Abani, novelist Kate Christensen, and fiction writer Ron Currie – reviewed this year's entries and selected the finalists. The jury will choose the winner from the six shortlisted works.

"For 10 years, St. Francis College has celebrated the very best in contemporary fiction, and the long tradition of writing in Brooklyn, with the St. Francis College Literary Prize," said Dr. Houlihan. "A wonderfully generous award, the SFC Literary Prize offers mid-career writers a financial and critical boost at a crucial time in their careers. The Prize also brings some of the most talented people writing today to our Brooklyn Heights campus for the benefit of our students, our faculty, and the entire St. Francis College community."

St. Francis College is a sponsor of the Brooklyn Book Festival.

Jennifer Clement is the President of PEN International and the first woman to be elected since the organization was founded in 1921.

Clement studied English Literature and Anthropology at New York University and also studied French literature in Paris, France. She has an MFA in fiction from the Stonecoast MFA program at USM.

Clement is the author four novels: Prayers for the Stolen, A True Story Based on Lies, The Poison That Fascinates and Gun Love. Prayers for the Stolen was a New York Times Book Review Editor's Choice Book, a PEN/Faulkner Award finalist, winner of the Gran Prix des Lectrices Lyceenes de ELLE 2015, an NEA Fellowship and the Sara Curry Humanitarian Award. The novel appeared internationally on many "Best Books of the Year" lists, including The Irish Times. Clement was awarded a Guggenheim Fellowship for her novel Gun Love. She has also published of four books of poetry including The Next Stranger (with an introduction by W.S. Merwin). Clement's books have been translated into 30 languages.

Clement wrote the acclaimed memoir Widow Basquiat on New York City in the early 1980's and the painter Jean-Michel Basquiat. Glenn O'Brien in Artforumdescribed this work as, "Magical . . . The life of Basquiat . . . is a joyous lightning bolt when it is described in true detail, as it is in Clement's extraordinary as-told-to poem." NPR rated it one of the best books of 2015 in seven different categories.

From 2009 to 2012, Clement was president of PEN Mexico and her work focused on the disappearance and killing of journalists. She and her sister, Barbara Sibley, are the founders and directors of the San Miguel Poetry Week. Clement lives in Mexico City and is a member of Mexico's prestigious "Sistema Nacional de Creadores".

Tsitsi Dangarembga was born in 1959 in the town of Mutoko, Zimbabwe (which was Rhodesia at the time). She moved to England as a young girl and received her elementary education there. She returned to Zimbabwe at the age of six and finished her education in a missionary school in Mutare, where she also re-learned her native language, Shona. In 1977, she returned to England to study medicine at Cambridge University.

In 1980, Dangarembga returned to Rhodesia to study psychology at the University of Harare. Shortly thereafter, the country gained independence from the United Kingdom and became "Zimbabwe" under black-majority rule. While Dangarembga was a student, she worked as a copywriter for a marketing agency and also discovered her love of theater. She wrote several plays that were put into production at the university. In 1983, her play The Lost of the Soil got the attention of Robert McLaren, and Dangarembga joined his theater group, Zambuko. She also wrote the 1987 play She Does Not Weep. Her first short story, The Letter, was published in Sweden in 1985.

Dangarembga also studied film direction at the Deutsche Film und Fernseh Akademie in Berlin, where she was involved in the production of various narrative and documentary films. Her directorial debut, Everyone's Child, was the first feature film to be directed by a black Zimbabwean woman. In 1993, Dangarembga wrote the story for the highest-grossing film in the history of Zimbabwe, Neria. She founded the International Images Film Festival for Women in Zimbabwe. In 2006, The Independent named Dangarembga one of the fifty greatest artists shaping the African Continent. The final chapter of the Nervous Conditions trilogy, entitled Chronicle of an Indomitable Daughter, was published in 2013.

Brandon Hobson is the author of the novel Where the Dead Sit Talking, which was a finalist for the 2018 National Book Award for Fiction and winner of the Reading the West Book Award. His next novel, The Removed, will be published by Ecco/Harpercollins. He is an Assistant Professor of Creative Writing at New Mexico State University and a Writing Mentor at the Institute of American Indian Arts.

Hobson is an enrolled citizen of the Cherokee Nation Tribe of Oklahoma.

Samantha Hunt was born in 1971 in Pound Ridge, New York, the youngest of six siblings. She was raised in a house built in 1765 which wasn't haunted in the traditional sense but was so overstuffed with books— good and bad ones— that it had the effect of haunting Hunt all the same. Her mother is a painter and her father was an editor. In 1989 Hunt moved to Vermont where she studied literature, printmaking, and geology. She got her MFA from Warren Wilson College and then, in 1999, moved to New York City. While working on her writing, she held a number of odd jobs including a stint in an envelope factory.

Hunt received a National Book Foundation award for authors under 35, for her novel, The Seas. The Invention of Everything Else was shortlisted for the Orange Prize. She won the Bard Fiction Prize for 2010.

David Joy is the author of the Edgar nominated novel Where All Light Tends To Go (Putnam, 2015), as well as the novels The Weight Of This World (Putnam, 2017) and The Line That Held Us (Putnam, 2018). He is also the author of the memoir Growing Gills: A Fly Fisherman's Journey (Bright Mountain Books, 2011), which was a finalist for the Reed Environmental Writing Award and the Ragan Old North State Award.

Joy is the recipient of an artist fellowship from the North Carolina Arts Council. His latest short stories and essays have appeared in Time, The New York Times Magazine, Garden & Gun, and The Bitter Southerner.

Danzy Senna is the author of five critically acclaimed books of fiction and nonfiction. Her first novel, Caucasia, won the Book of the Month Award for First Fiction and the American Library Association's Alex Award. The book was a finalist for the International IMPAC Dublin Literary Award and was named a Los Angeles Times Best Book of the Year. Senna's debut has been translated into ten languages and become a modern classic.

Since publishing Caucasia, Senna has grown to become one of today's most widely respected voices tackling multiracial and complex social identities. Her other books include the novel, Symptomatic, the memoir, Where Did You Sleep Last Night? A Personal History, and the short story collection, You Are Free. Her latest book, New People, is a subversive and engrossing novel of race, class, and manners in contemporary America.

An outstanding speaker, Senna discusses the line between fiction and memoir, and talks openly about the timely and complex themes that pervade her work. She often draws on personal stories to engage audiences of all backgrounds and invite important discussions.

Senna is a recipient of the Whiting Writers Award and was recently awarded the 2016 Dos Passos Prize for Literature. She has written for The New Yorker, The New York Times, and Vogue, among other publications.