Skip to main content
Upload Proof of Vaccination
Reminder: All students, faculty, and staff must be fully vaccinated against COVID-19 and upload proof as a condition of accessing College buildings (including the residence hall) during the 2021-2022 academic year.
Academics
June 20, 2019 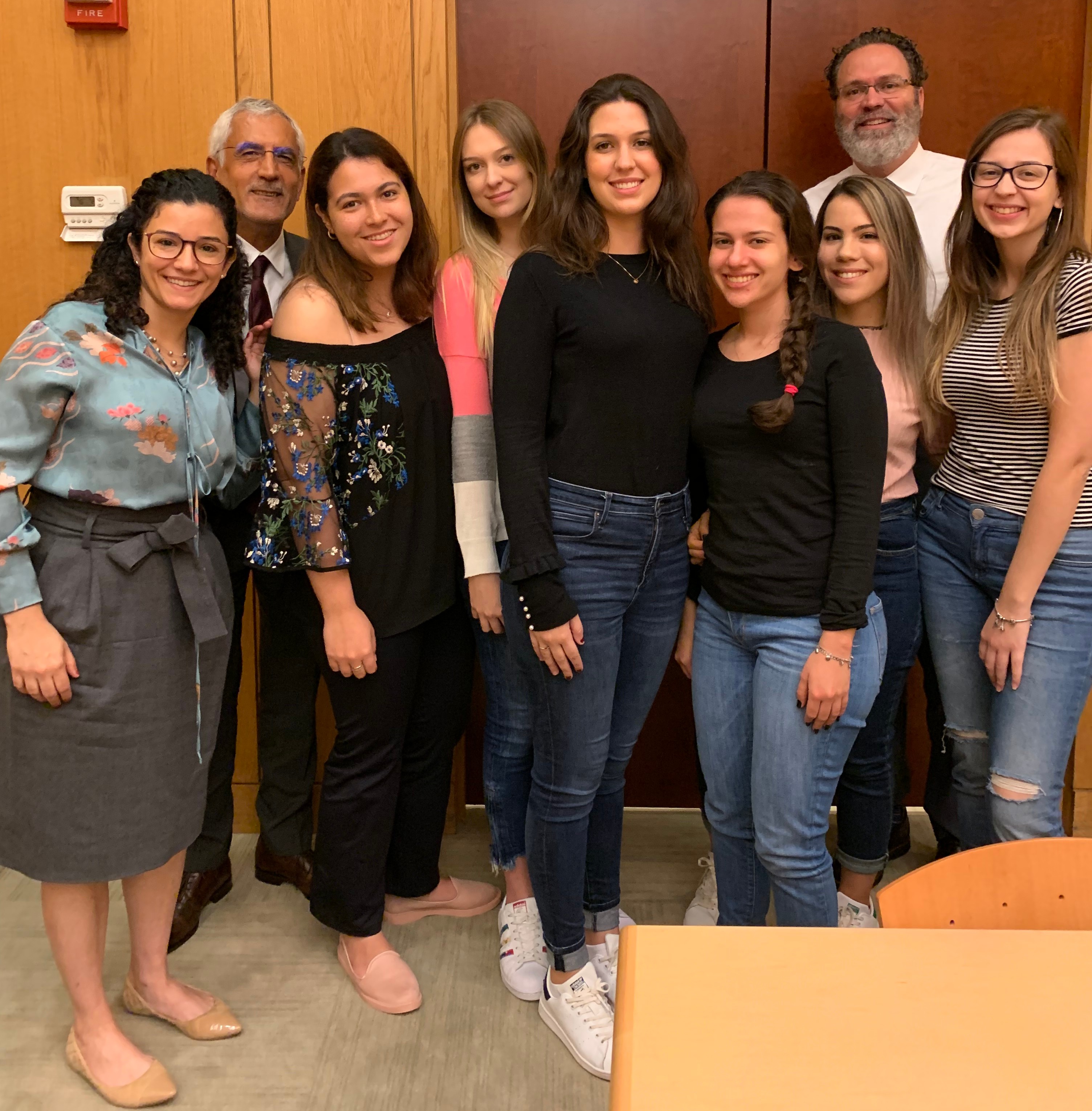 Six Brazilian University students are calling St. Francis College home this week, as they participate in an exchange program with SFC that brings them from the classrooms at 180 Remsen Street to the halls of the United Nations.

The students – Anna Luísa Coelho, Beatriz Lidington, Giulia Ongaro, Larissa Ramos, Laís Tavares, and Julia Zague – are from FACAMP, a university in Campinas, Brazil. They are here thanks to Dr. Olivia Bullio Mattos, SFC Assistant Professor of Economics and FACAMP graduate who, for the second year, has arranged for a group of students from her alma mater to immerse themselves at SFC in an intensive week of lectures and excursions focused on international relations and economics.

"FACAMP has an established international program and they send students all over the world...they have programs in Europe, China, Latin America and in the United States," explained Dr. Mattos, who has taught at SFC since 2017. "Last year they decided to include New York in their programs and they contacted me to arrange this [week-long] workshop."

The students also toured the United Nations General Assembly and Brazil's Mission to the UN, met with UN official Carolina Vizcaino-Cevallos and visited the Brooklyn Navy Yard and Industry City, where they met with executives from Ikove Capital, the founding partner of SFC Innovate.

Later this summer, FACAMP will host Dr. Mattos and six SFC students who will participate in a two-week session there with a similar educational agenda. This is the first in what is planned to be an annual summer, credit-granting opportunity for SFC students to study economics, politics and business in Brazil.

The FACAMP-SFC exchange is part of SFC's broader strategy to educate its students as global citizens. SFC is working to enroll more foreign students at its Brooklyn campus, to send more students to study abroad, and to strengthen ties with institutions in a range of countries. It is also planning to broaden its curriculum to include more internationally-focused areas of study.