Skip to main content
Upload Proof of Vaccination
Reminder: All students, faculty, and staff must be fully vaccinated against COVID-19 and upload proof as a condition of accessing College buildings (including the residence hall) during the 2021-2022 academic year.
Academics
September 15, 2008

Under the tutelage of Sociology and Criminal Justice Professor Emily Horowitz, four New York City students from the Prep for Prep Program and two additional student volunteers from Bronx public high schools spent the summer analyzing research for a study on public school utilization and overcrowding that Dr. Horowitz will be publishing later in the fall.

“I was really impressed with the quantity and quality of work that these students were able to accomplish in just a few weeks,” said Professor Horowitz about the six students who all live in the Bronx and Manhattan. “They poured over piles of data and using their own web savvy were able to find even more information to analyze.” 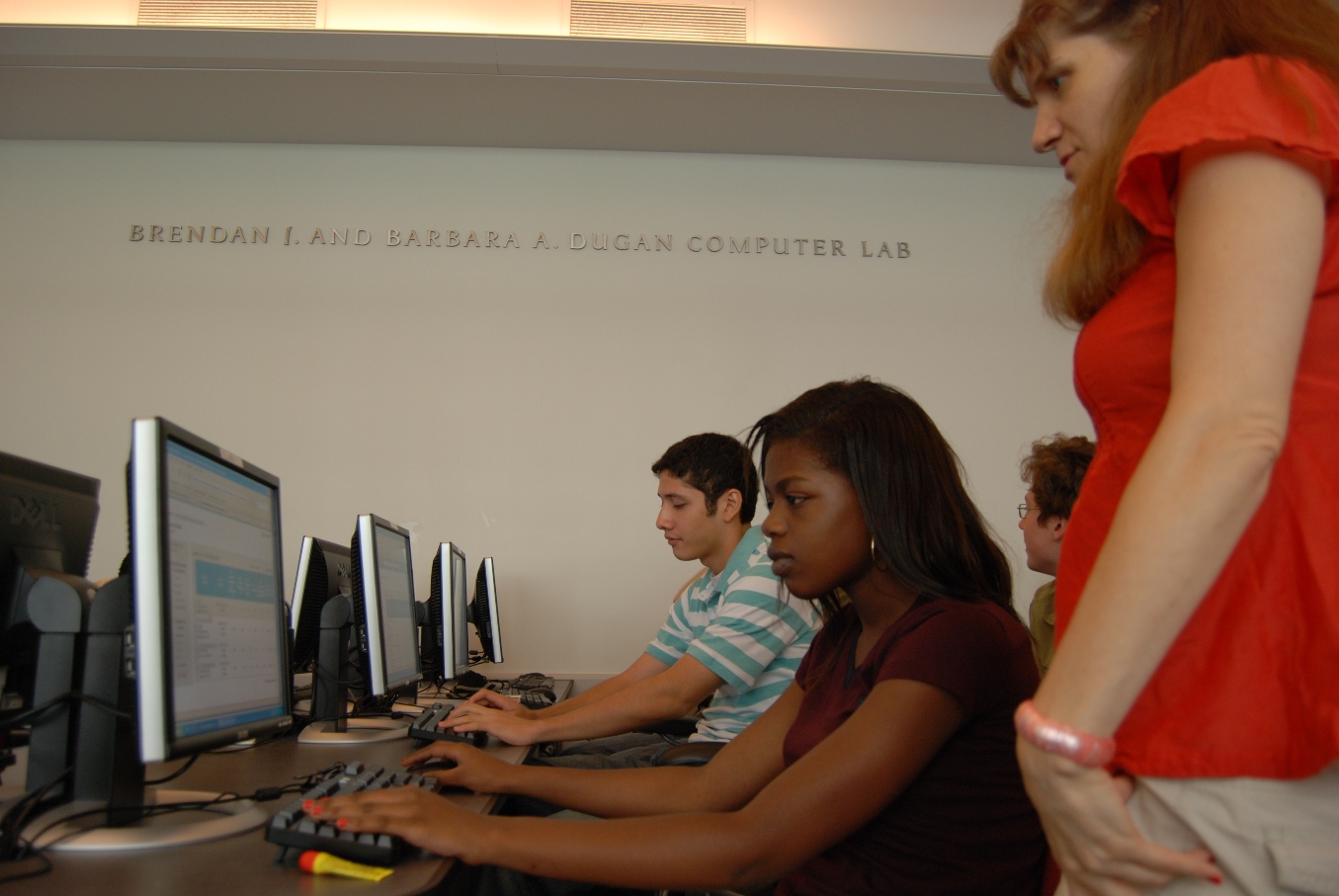 Prep for Prep, a non-profit organization which offers minority students a chance to attend independent prep schools, was a perfect fit for Dr. Horowitz’s research. She recently finished polling several hundred New York City principals regarding school utilization and overcrowding. All the students from Prep for Prep previously attended middle schools in New York City where overcrowding was a fact of their daily life.

During their research the students were able to uncover conclusive correlations between race, economics and teacher/student ratios. They found that schools with a higher percentage of minority students or with a larger number of free lunch recipients faired worse on citywide tests. They also noted that as they worked their way up the grades, there was a significant academic drop off that began as early as third grade.

“I knew there was a problem, but I didn’t realize how bad it was until I started really looking at these numbers,” said Akilah Ffriend, who now attends Deerfield Academy in Massachusetts.

Akilah and John Azubuike, who attends Phillips Exeter Academy, in New Hampshire, said that while the facilities at their current schools are like night and day compared to their former city schools, their classmates are not much different from the people they grew up with.

Andrea De Leon, a student now at The Chapin School on the Upper East Side, said the biggest difference she saw is that if a teacher wasn’t doing a good job, parents and students had a big say in whether that teacher would return the following year. Gbambele Kone, a student at Horace Mann in Riverdale, was so enthusiastic about the project that he continued for several additional weeks after his Prep for Prep commitment was fulfilled.

Their views contrasted greatly with the views of Andrew Olivieri and Dennis Golin, the two students not in the Prep for Prep program who attend Bronx Science and the High School for American Studies at Lehman College. They said that even at their well regarded schools, there are too many teachers who are not fully committed to helping the students.

“Because most of these students have experienced being in two very different worlds, academically, I think this research gives them a great perspective on their education,” added Professor Horowitz.

The students all came to St. Francis College through a program run by City Councilmember and head of the Council Education Committee, Robert Jackson. Jackson also helped secure a grant to fund the Horowitz study.

Dr. Horowitz expects to release the final results of the study in a news conference at City Hall later in October.