Skip to main content
Upload Proof of Vaccination
Reminder: All students, faculty, and staff must be fully vaccinated against COVID-19 and upload proof as a condition of accessing College buildings (including the residence hall) during the 2021-2022 academic year.
Academics
May 1, 2007

There are several familiar faces in the new film Zodiac, which opens this week across the country, like Jake Gyllenhaal and Robert Downey, Jr., but one face will also be familiar to thousands of St. Francis College students in particular who had the honor of taking classes with Professor Emeritus, Ed Setrakian.

Setrakian plays Al Hyman, the San Francisco Chronicle Editor who had to deal with the letters sent by the zodiac killer in the 1960's and 70's. "It was a matter of being in the right place at the right time," said Setrakian who has appeared in many other movies as well as an episode of The Sopranos and several episodes of Law and Order. "The filmmakers were desperate to find someone who looked like Al Hyman and my friend Vincent D'Onofrio (who has taught classes at St. Francis) recommended me for the role." 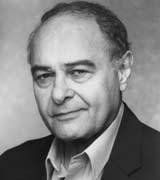 Setrakian says he was impressed with the re-creation of the 1970's newsroom and enjoyed working with the cast members. "We spent five weeks shooting in this warehouse. I did scenes with Jake and Robert, nine in all, but I'm not sure how many actually made the final cut. It was a great experience." Enough scenes made it for the producers to invite him to the premier in Los Angeles.

St. Francis College gave Setrakian Emeritus status two years ago when he retired from full time duty. He taught at the College for 45 years as professor in the Communications Arts program, serving much of that time as Chairman of the Department. Setrakian taught Acting and Directing classes as well as speech and TV studio production.

Zodiac, directed by David Fincher (Fight Club, Panic Room), is based on the book by Robert Graysmith which takes a look at the Zodiac Killings in San Francisco. The film has already gotten rave reviews from several critics.