Skip to main content
Upload Proof of Vaccination
Reminder: All students, faculty, and staff must be fully vaccinated against COVID-19 and upload proof as a condition of accessing College buildings (including the residence hall) during the 2021-2022 academic year.
Academics
March 20, 2012

Barack Obama in Hawaii and Indonesia: The Making of a Global President (Praeger), a multicultural biography of U.S. President Barack Obama written by Dinesh Sharma, a Senior Fellow at the Institute for International and Cross-Cultural Research at St. Francis College, made the Top 10 list for Black History Nonfiction for 2012. 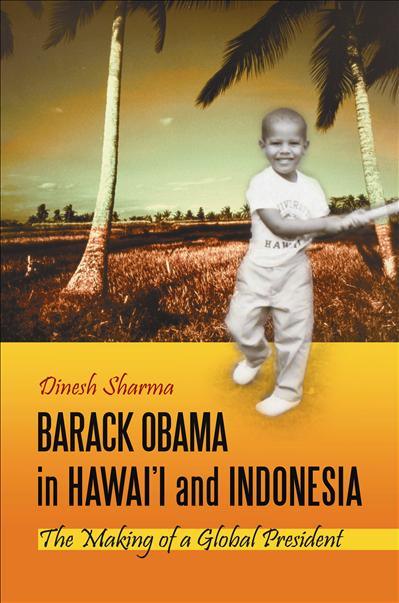 “Cultural anthropologist Sharma argues compellingly that Obama’s exposure to different races, cultures, languages, and religions, along with his landmark election, makes him a transformative global figure,” reads the BookList Online website, part of the American Library Association, which published the list.

Launched on Oct 28, 2011 at St. Francis College with a presentation by Obama’s half-sister Maya Soetoro-Ng, the book draws on extensive research in the fields of psychology, anthropology, education and on the ground interviews in Jakarta, Honolulu, New York City, Washington and Chicago. (Watch the Dinesh Sharma Presentation / Watch the Maya Soetoro-Ng Presentation)

Sharma reveals in riveting detail, how Obama’s rare multicultural upbringing shaped his character and his worldview, preparing him to meet the challenges of leadership — from demographic changes at home to rising competition from Asia to the perceived threat of radical Islam — in the global 21st century. (Hear an Interview from KNEW’s Reading Room)

“With scholarly acumen and commanding storytelling, the best black-history nonfiction books of the last dozen months reclaim neglected yet essential facets of history, from the full story of Harlem to the secret world of the chitlin’ circuit to the lives of a seminal religious thinker and a groundbreaking blues musician,” Donna Seaman of BookList Online said. (See All Ten Black History Nonfiction Works)