Skip to main content
Upload Proof of Vaccination
Reminder: All students, faculty, and staff must be fully vaccinated against COVID-19 and upload proof as a condition of accessing College buildings (including the residence hall) during the 2021-2022 academic year.
February 13, 2020 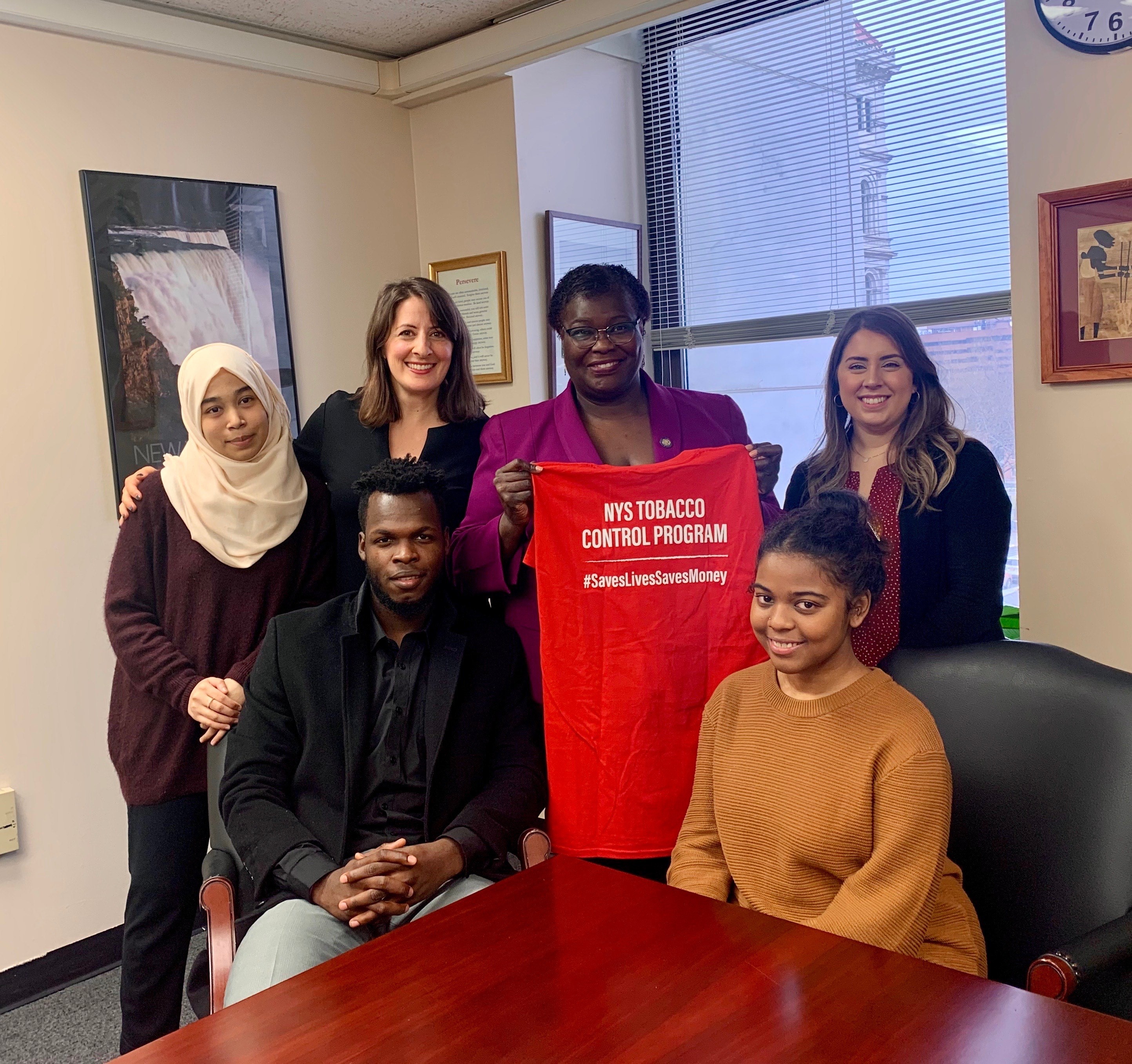 For the fifth year, NYC Smoke-Free – a program of Public Health Solutions that is funded by The New York State Department of Health, Bureau of Tobacco Control – invited SFC students to participate in its annual Legislative Day, this year on February 4th.

Michele Montecalvo, Ph.D., Assistant Professor of Health Promotion, recruited a group of her Healthcare Management students for the initiative.

Along with some city high schoolers, the SFC cohort met privately with State Senators and Assembly members in 15-minute sessions. They shared personal stories that underscored the ways tobacco harms city residents, including issues related to vaping and e-cigarette use prevalent among many young people.

"Our annual Legislative Day is intended to educate lawmakers," said Julia Cuthbertson, Brooklyn Community Engagement Manager of NYC Smoke-Free. "We would like local elected officials to work with us to help reduce young people's exposure to tobacco marketing, imagery and products and to provide healthy smoke-free spaces for all New Yorkers, especially in residential buildings and workplaces."

Representatives from the government relations' arms of the American Heart Association, American Lung Association and the American Cancer Society participated in some meetings too, and addressed legislative solutions to tobacco-related problems.

"Dr. Montecalvo told our class about it [Legislative Day] and I was interested in seeing how the State of New York works around public health," said Dominque Eversley, a junior majoring in Health Promotion and Healthcare Management who intends to pursue a Master's degree in Public Health and an MBA after graduation. "Vaping is a big epidemic. Tobacco products being advertised in minority areas is a problem, too,"

Eversley suffers from asthma and has struggled with breathing problems when exposed to second-hand smoke, spurring her anti-tobacco advocacy.

The SFC students split into two three-person teams for the day, each team meeting with two lawmakers or lawmakers' staff representatives. Senator Persaud and Assemblywoman Walker were among those who took meetings. NYC Smoke-Free arranged the day's schedule.