Opening the Gates of Success

While waiting for a train outside Union Station in Washington D.C., Nidia Peralta '18 and K-Andrea Limol '19 decided they wanted to explore the city... they never guessed that three years later they would be sharing an apartment in Brooklyn and working towards undergraduate degrees at St. Francis College. 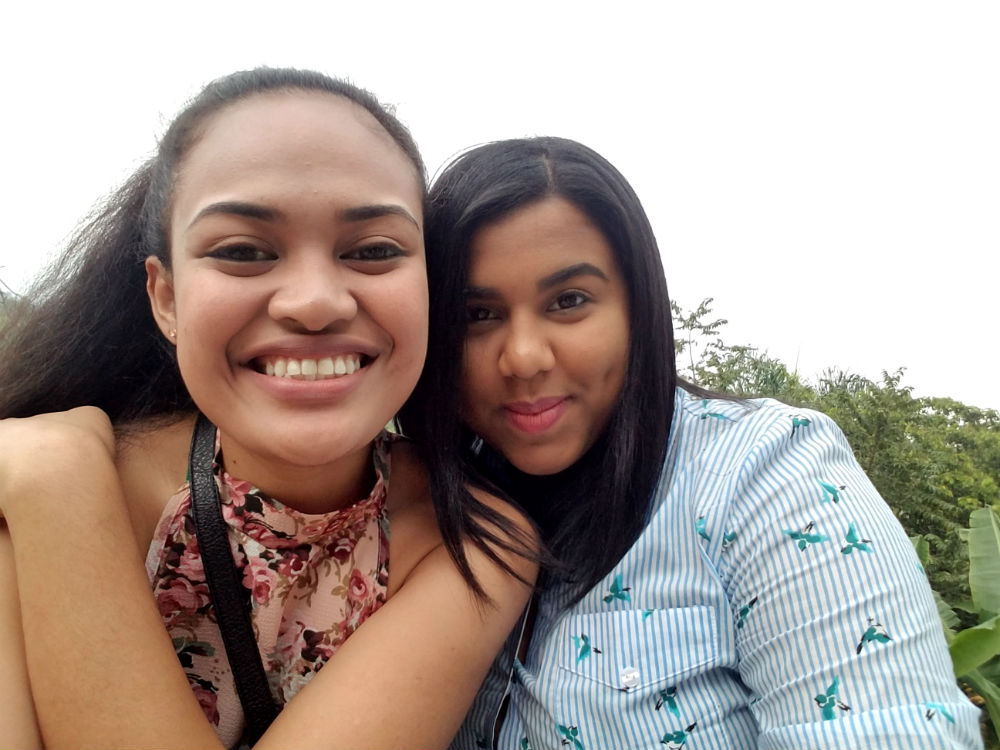 K-Andrea Limol '19 (left) and Nidia Peralta '18 on a recent visit to Nidia's family in the Dominican Republic.

The two young woman were in Washington for a leadership conference for the high school Class of 2014 Gates Scholars, funded through an educational scholarship program set up by the Bill and Melinda Gates Foundation.

K-Andrea says they each had several hours to wait for their trains after the conference was over, but no one else wanted to leave the station to explore the city, except for Nidia.

"We both thought, 'We're in D.C.! What's wrong with these people?!'" said Limol, a political science major who wants to go to graduate school to become an environmental engineer.

The two asked friends to watch their suitcases while they visited Capitol Hill, the Washington Monument, and the White House. They barely made it back in time.

"A conductor had to literally re-open the doors for me to get on the train," said Nidia, also a political science major with an economics minor.

Students apply to The Gates Millennium Scholarship when they are high school seniors. It is unique among scholarship programs in that it covers full tuition, plus room and board, and adds a stipend for books and other costs. It even pays for graduate programs in selected fields.

The two of them came to St. Francis College on very different paths. Nidia was born in the United States, but raised in the Dominican Republic. She came back to New York in ninth grade and had to re-learn English. St. Francis College was an easy choice for her.

K-Andrea was born in the Federated States of Micronesia, which became independent from the United States in 1986. Through a compact, its citizens can live, work, and study in the U.S. without visas. She first attended another college in New York, then studied for a time in Alaska before transferring to St. Francis.

They hadn't spoken for two years when a Facebook anniversary notification showed a photo of the two of them from D.C. on Nidia's timeline. 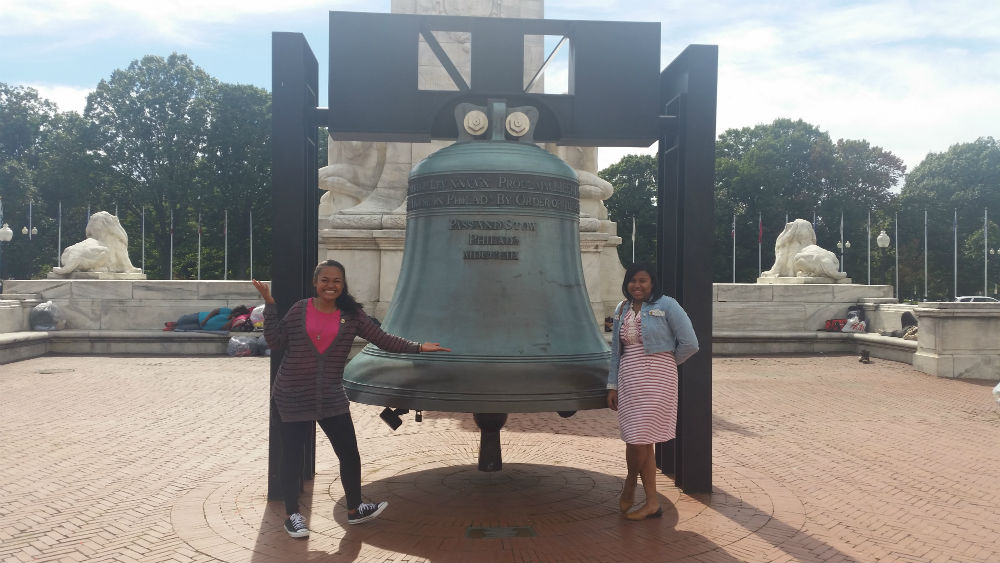 K-Andrea and Nidia when they first met in Washington, D.C.

"I noticed that it said K-Andrea went to St. Francis and I couldn't believe it," said Nidia.

She contacted K-Andrea and the two have struck up a close friendship. In addition to sharing many of the same classes, they pooled their stipend money to find an apartment together and recently visited Peralta's family in the Dominican Republic.

Both say the scholarship is life changing.

"I feel like I would be at a state school and working a job," said Nidia. "With the stipend, I can focus on my studies."

"We're always talking about how blessed we are. I don't think we'd even be in school without the scholarship," added K-Andrea.

There is no requirement for service to maintain the scholarship, but giving back is strongly encouraged and each woman plans to make that part of their career.

Nidia was inspired by a trip to Nicaragua in high school as well as her experiences in the Dominican Republic and the U.S. to become an elected official. Her next stop is St. John's University to earn a Master's Degree in Government and Politics with a concentration in International Relations and Competitive Politics. She also continues to volunteer at Dejando Huellas, a non-profit organization that helps low income high school student go to college where they can develop as leaders in their communities.

K-Andrea wants to return to Micronesia after graduate school and use her knowledge to tackle the problems that global warming is already bringing to her island home.

The SFC Nursing Club had a busy spring semester, holding numerous events in the community. They raised more than $1,000 at the March for Babies in April. In May they volunteered at the St. Joseph's Soup Kitchen in Greenwich Village, serving more than 400 meals. 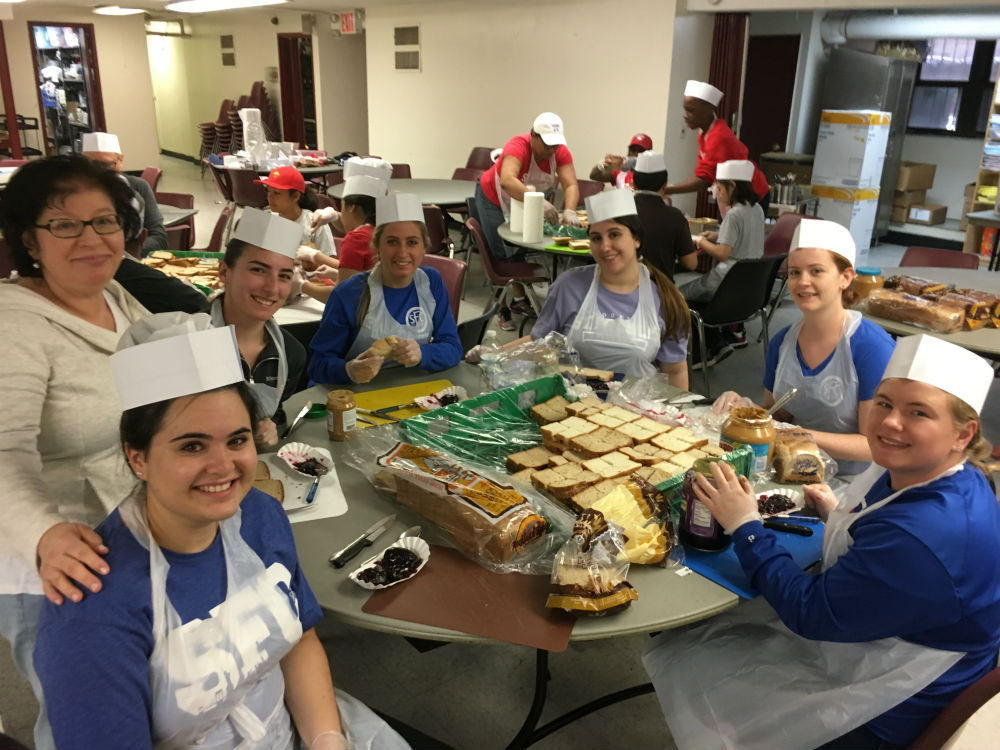 A surprise honor for retiring Accounting Professor Geoffrey Horlick was one of the highlights of St. Francis College's 134th Charter Day Convocation. A National Grid Scholarship and Internship named for Dr. Horlick was given to Tonya Fletcher '21. 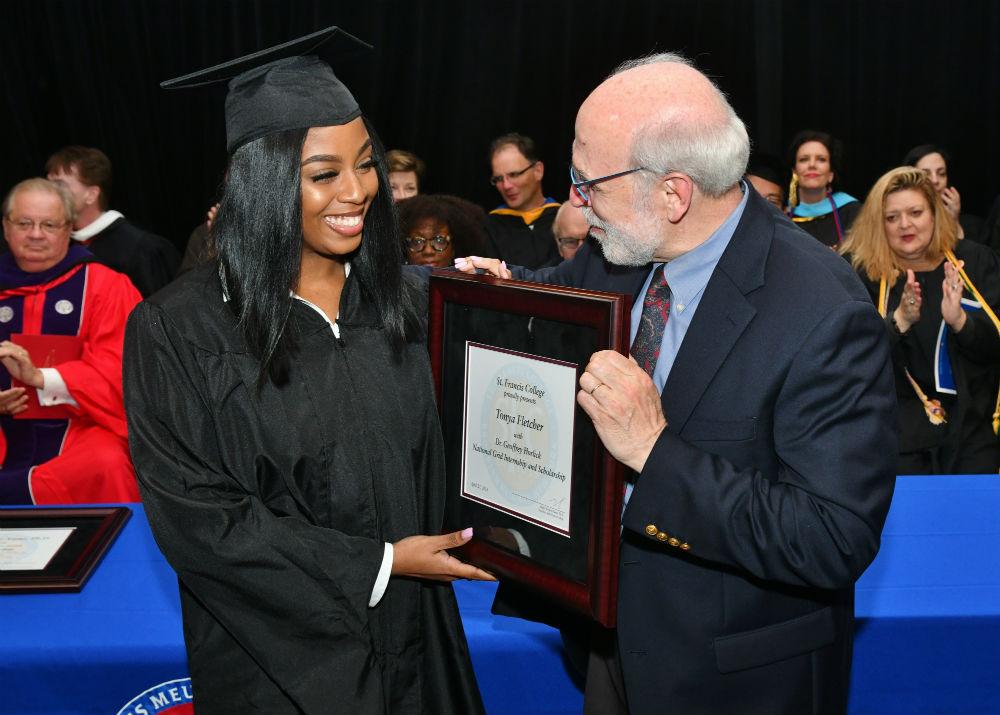 The Keynote Speaker was Nicholas Allard, President and Joseph Crea Dean at Brooklyn Law School. Dean Allard implored students "to be heroes, to be teachers, and to be civil." 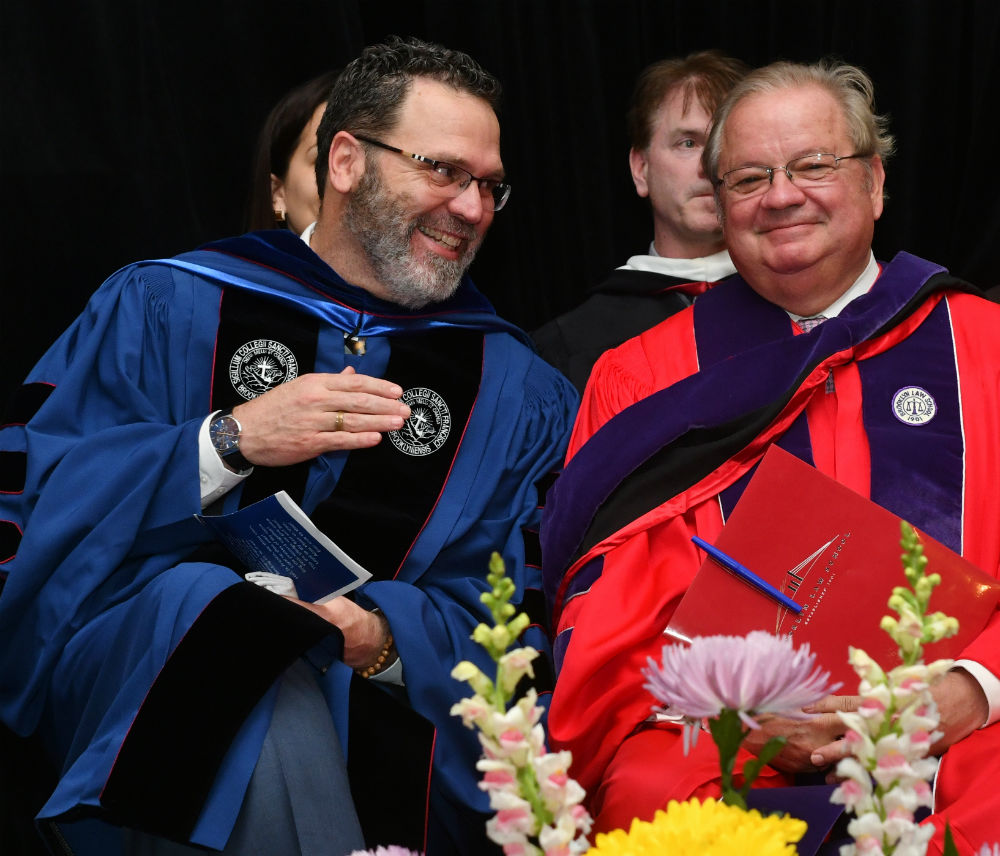 Carol Decina '03, Manager of Community & Customer Management at National Grid, presented the winners of the National Grid Scholarships and Internships, the 12th year these scholarships have been awarded.

In addition, the new class of Duns Scotus members were inducted and for the first time, graduating students receiving academic honors were presented with their awards. Faculty and administrators were also recognized for their years of service.

Charter Day commemorates May 8, 1884, the day the Legislature of the State of New York granted an official Charter to the Board of Trustees of St. Francis Monastery allowing the College to formally award degrees to students.