The maintenance is scheduled to take place on the following days: June 21, June 22, July 11, July 13, August 1, August 3, August 16, and August 17. If you experience any problems accessing any of these applications during these dates, please understand the application may be down for migration. SFC IT will be sending out notifications when systems are back online. Thank you for your support and patience during this process.
Academics
December 6, 2010

A highly excited and contented audience gathered on Dec. 6 at St. Francis College for another Concert at Half-Past Twelve. The audience warmly welcomed Terry Quinn and Company for a one of a kind performance. The songs ranging from opera arias to theater were all written and introduced by Terry Quinn, a noted librettist, novelist, and playwright.

The company was composed of five different singers who sang the works which bounced off the walls of Founders Hall. They were Elisabeth Halliday, Jan Horvath, and Elizabeth Dabney who are soprano vocalists; joined by Peter Clark, a baritone singer and Matthew Castle, a tenor vocalist. 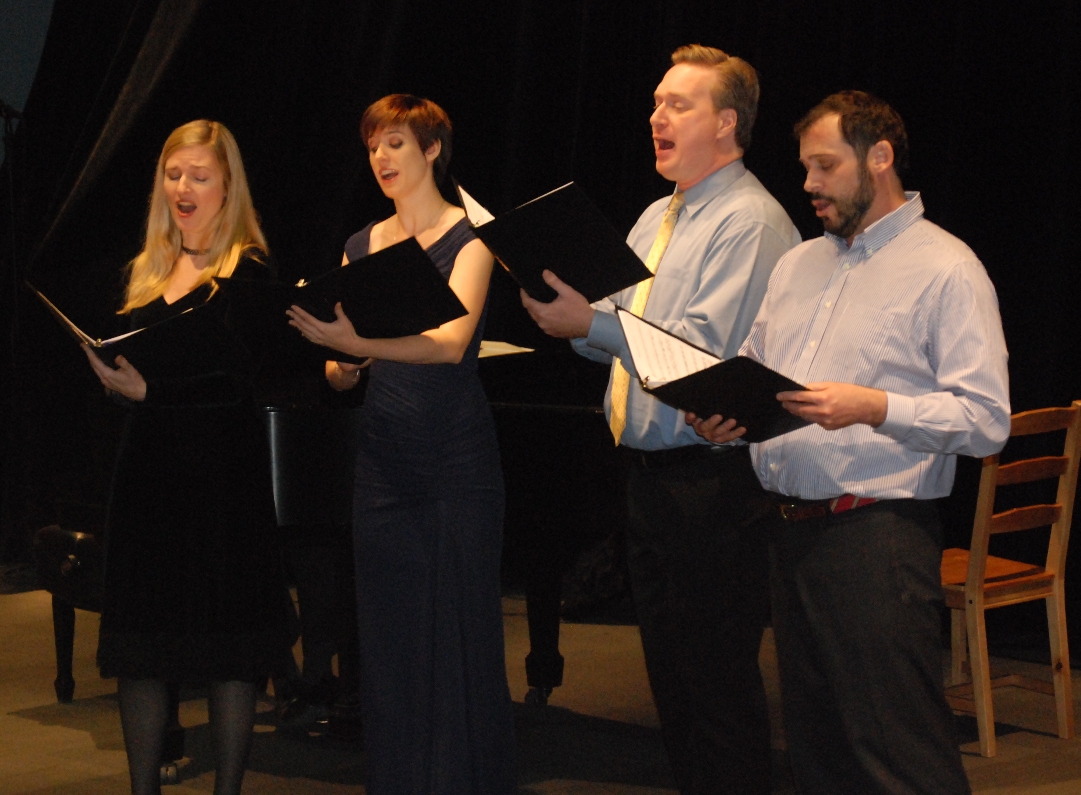 The concert began with the soprano voice of Elisabeth Halliday whose dramatic vocal expression was matched by pianist, Kelly Horsted. Her singing captured the focus of the audience as they listened to her draw out the lines, “Weeps... Weeps… Weeps” from her first song; Remember. Her sorrowful consistent notes projected a strong feeling of despair.

Another soprano performance that set the mood came from Elizabeth Dabney who sang the line “Grace me with pearls” from her song; Chillingworth Pearl. In her full lyric soprano, Dabney sang with affection to the crowd. The audience was quite dazzled and enthralled with her expression of her personal love affair, singing about what a woman wants.

“He craves me…he craves me, what he says to me and what he gives”, Dabney explains throughout the song. Ultimately her voice provoked a response from the audience that was filled with humor and funny articulation.

In a major turn from opera, Jan Horvath gave a modern cabaret type performance captivating the young crowd at St Francis College. As a musical theater performer, singer, songwriter, and teacher she explains, “You have to perform and sing from your heart.” This was illustrated when Horvath shifted musical themes from a romantic drama to comical and sexy; lifting the mood of the audience with a fulfilling amazement.

When Horvath sang, “I Used to Love You,” she showed a soft touch in her vocals that held the audience’s undivided attention. She followed with, “Still Get a Rush” a major shift that lightened the mood and spread lots of energy throughout the audience.

Evidently, when it comes to opera singers, the vocal production is different, because it’s more demanding and in general opera focuses on the soul of the vocalist, whereas the voice in musical theatre focuses on meaning and emotions.

At a reception following the concert, St. Francis college student, Mike Gale ’14 said his favorite song was Remember by Elisabeth Halliday. “She was able to capture the music well and nothing appeared to be mechanical throughout her singing,” said Gale. He also thought Jan Horvath was an outstanding performer. “I liked the realness of contemporary Broadway that she brought here live to St Francis College.”