Skip to main content
Upload Proof of Vaccination
Reminder: All students, faculty, and staff must be fully vaccinated against COVID-19 and upload proof as a condition of accessing College buildings (including the residence hall) during the 2021-2022 academic year.
Diversity & Inclusion
September 18, 2017

The Cross at Ground Zero

The event was moderated by English Professor Gregory Tague and offered Fr. Brian a chance to discuss his role in the events that brought the cross, which was first noticed two days after the attack, from ground zero to the 9/11 Memorial & Museum.

The book details the movement of the cross from World Trade Center 6, to its position within the World Trade Center recovery and rebuilding area, to the outside wall of St. Peter's Roman Catholic Church and ultimately to its final resting place. 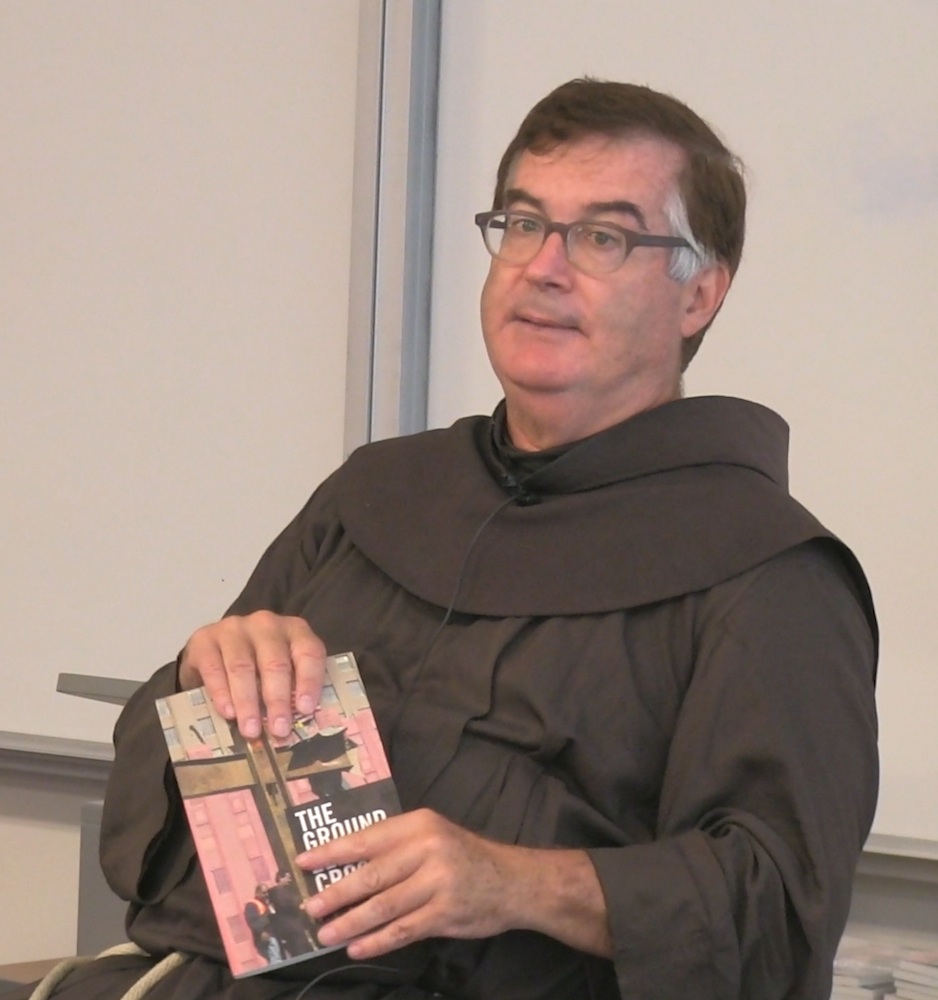 Father Brian Jordan, OFM has been an ordained Roman Catholic priest for over thirty years. He became Director of Campus Ministry at St. Francis College in 2012 after serving numerous, multicultural parishes in The Bronx, Boston, and Silver Springs, Maryland. He has also ministered among labor union workers and immigrants. Bi-lingual in English and Spanish, Fr. Brian has written extensively about immigrant advocacy as well as Irish and Latino issues in a number of national journals and magazines. He also worked for the Immigration and Naturalization Service as a public affairs specialist. He has also completed more than 60 marathons.

After the death of Rev. Mychal Judge, he became chaplain at Ground Zero and served for ten months as a spiritual anchor for the workers cleaning up after the World Trade Center attack.