Skip to main content
Upload Proof of Vaccination
Reminder: All students, faculty, and staff must be fully vaccinated against COVID-19 and upload proof as a condition of accessing College buildings (including the residence hall) during the 2021-2022 academic year.
Academics
February 24, 2015

The Crucifix of San Damiano

The Crucifix of San Damiano lies at the heart of the Franciscan Order. It was under that cross when in the 13th century, Francis Bernadone (St. Francis of Assisi) had a decisive moment in his conversion experience.

Father André Cirino OFM, author of, The Cross Was Their Book: Meditations on St. Francis' Prayer before a Crucifix, comes to St. Francis College Monday, February 24, 2015 to talk about the Crucifix and its impact on St. Francis as well as St. Clare who spent 41 years meditating before this icon while she lived at San Damiano.

"Because this Crucifix played an important role in both of their lives, we strive to know more about it because it is one of the keys that opens their spirituality to us today," said Father André. "St. Francis heard the message from Christ Jesus, 'Francis, go and repair my church which is falling into ruin.' And it launched him on his journey into the heart of God." 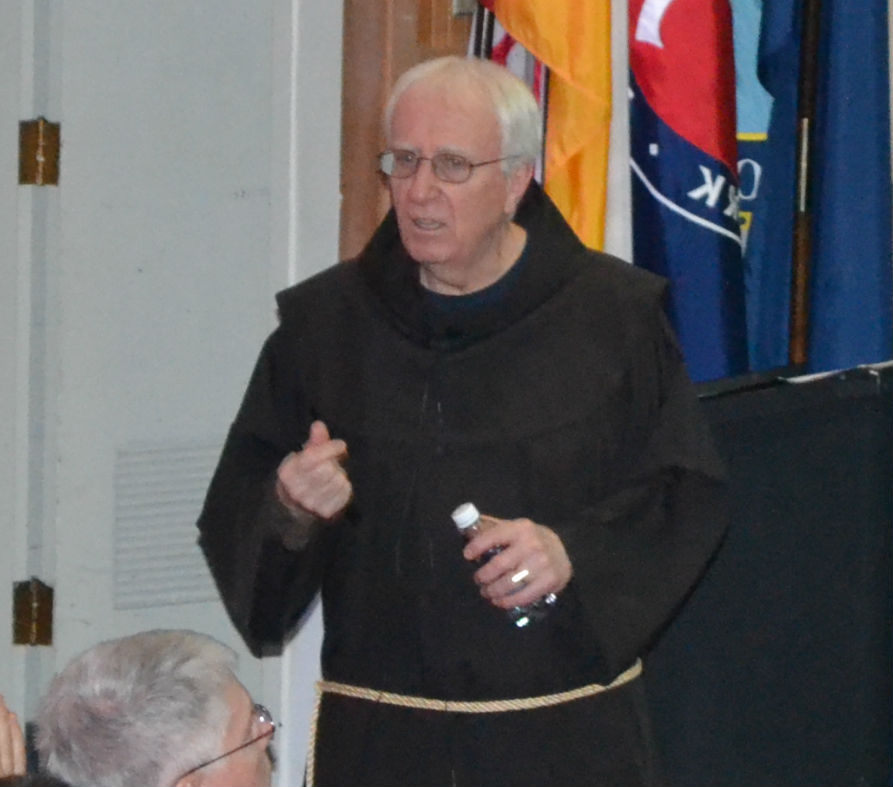 André Cirino OFM is an itinerant preacher whose ministry includes parishes, Franciscan formation, retreats, education, pilgrimages, and publications. André's latest writing is The Cross Was Their Book, meditations on St. Francis' Prayer before a Crucifix. André has conducted pilgrimages to Assisi, Italy, Prague, England, Mallorca, France, Germany and the California Missions, and to the shrines of the Saints of the Northeast United States. For more information, see: www.assisijourney.com