Skip to main content
Upload Proof of Vaccination
Reminder: All students, faculty, and staff must be fully vaccinated against COVID-19 and upload proof as a condition of accessing College buildings (including the residence hall) during the 2021-2022 academic year.
Academics
March 29, 2017

The Future of Liberalism

Former NYS Assemblyman Richard Brodsky has a long record of legislative accomplishment in the areas of government reform, environmental conservation and economic policy. He currently serves as a Senior Fellow at Demos, and at NYU's Wagner School of Public Administration. He is the author of numerous articles published on his Huffington Post blog, and his column in the Albany Times Union, and appears regularly on regional and national television. He serves Of Counsel to the Oxman Law Group in White Plains. 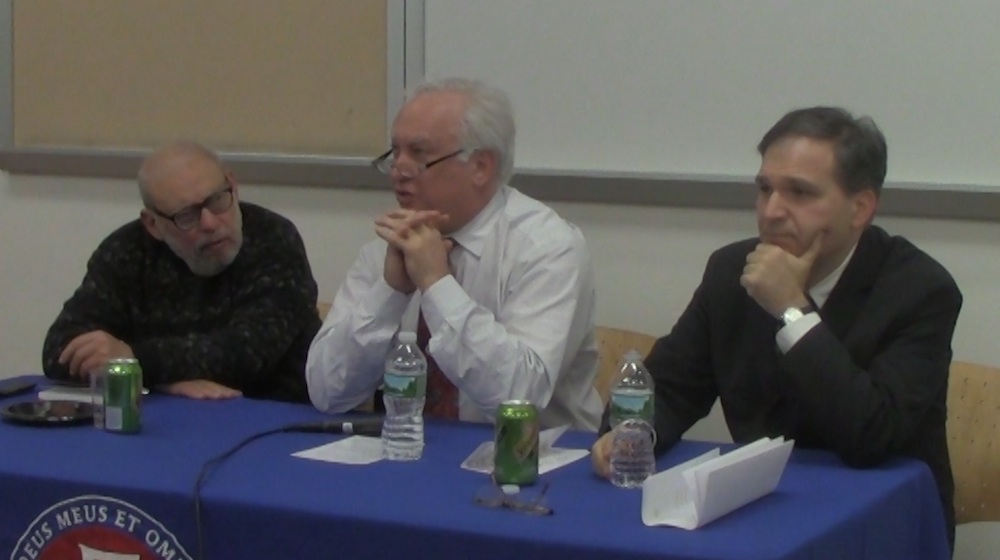 Richard Helgason is a political consultant and former Chairman of the New York Democratic Leadership Council, the branch of the New Democrat think tank that Time magazine branded "the brains behind Bill Clinton." He helped lobby for The White House on free trade issues and was recently named to the Board of Directors of the Hugh Carey Institute for Public Policy in New York City. His breadth is international, and he has conducted briefings at 10 Downing Street and for Labour MPs in the UK and Australia, and has also served as an instructor of US History and politics at Metropolitan College of New York.

Fred Siegel is a Senior Fellow at the Manhattan Institute and author of The Revolt Against The Masses: How Liberalism Undermined the Middle Class. He has been instrumental in bringing a number of timely and provocative events to the College, including: Donald Trump and the Rise of the Alt-Right, New York's New Digital Media, and A Discussion of the Common Core.