Skip to main content
Upload Proof of Vaccination
Reminder: All students, faculty, and staff must be fully vaccinated against COVID-19 and upload proof as a condition of accessing College buildings (including the residence hall) during the 2021-2022 academic year.
Academics
February 11, 2015

The Life of Stokely Carmichael With Peniel Joseph

Peniel E. Joseph, a Professor of History at Tufts University, a pioneering historian in the field of Black Power Studies, and an award-winning author came to St. Francis College February 11, 2015 to talk about his book, Stokely: A Life, a book about Stokely Carmichael, a leader of the Pan-African movement.

His other works include, Waiting 'Til the Midnight Hour: A Narrative History of Black Power in America and Dark Days, Bright Nights: From Black Power to Barack Obama. He edited, The Black Power Movement: Rethinking the Civil Rights-Black Power Era and Neighborhood Rebels: Black Power at the Local Level. His essays have appeared in The Journal of American History, The Chronicle Review, The New York Times, The Washington Post, Book Forum, and The American Historical Review. He has appeared on C-SPAN's Book TV, NPR , PBS's NewsHour, and the Colbert Report. 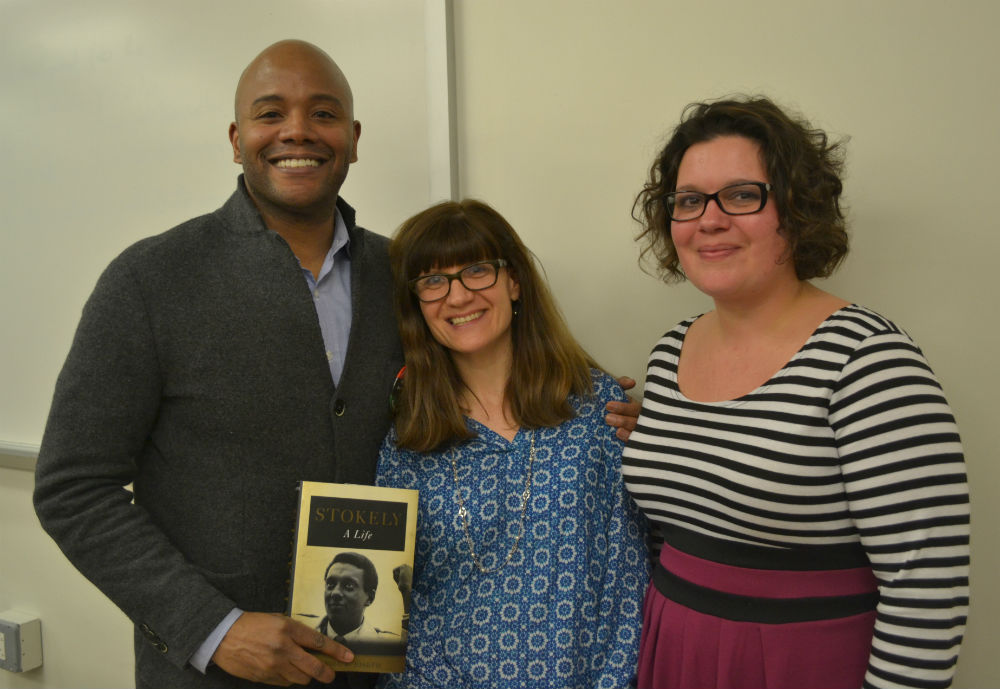 Professor Emily Horowitz and Sara Haviland organized the lecture as part of their series for students and senior citizens on Interpreting the 60's.