The maintenance is scheduled to take place on the following days: June 21, June 22, July 11, July 13, August 1, August 3, August 16, and August 17. If you experience any problems accessing any of these applications during these dates, please understand the application may be down for migration. SFC IT will be sending out notifications when systems are back online. Thank you for your support and patience during this process.
Student Life
January 29, 2017

While the sound of howling nor'easter winds were keeping some New Yorkers up at night this winter, a group of St. Francis College students and professors were dealing with an entirely different ruckus disturbing their sleep, tree frogs.

The group was part of the Partners in the Parks program at the U.S. Virgin Islands National Park. The tree frogs, with their loud but melodious sounds vocalized in various stages of intensities from dusk till dawn. And they weren't alone, insects could also be heard. 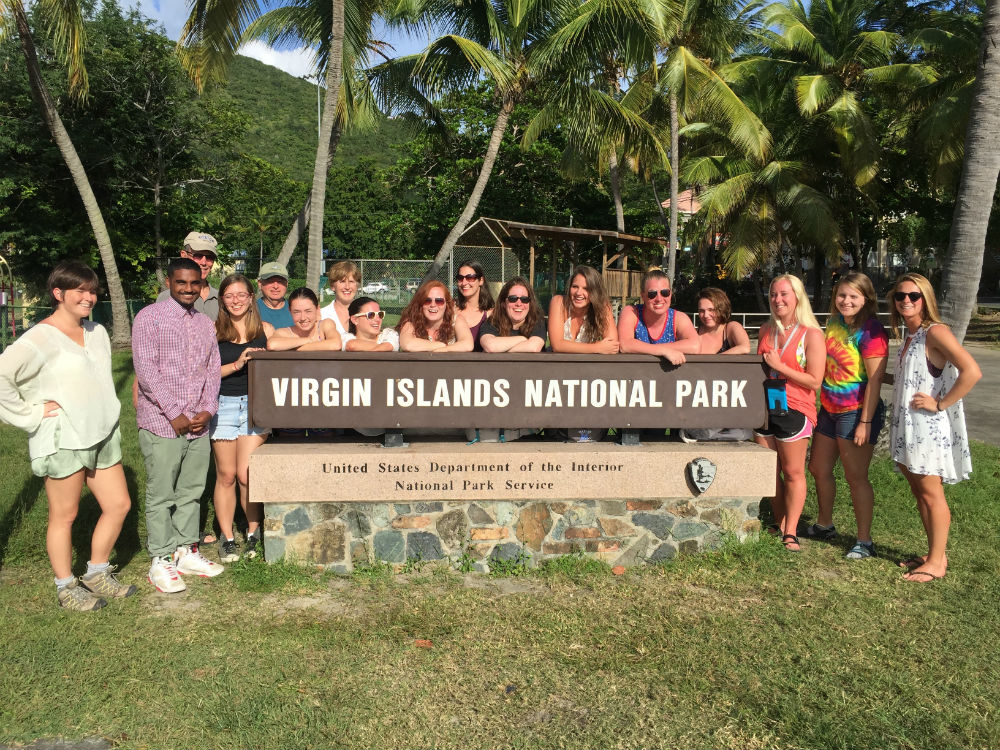 This was the seventh time a group from St. Francis was stationed at the Virgin Islands Environmental Resource Station (VIERS). They were joined by students from six other colleges and taught by St. Francis professors Kathleen Nolan (Chair, Biology) and Kristy Biolsi (Psychology).

"Actually living and breathing in the U.S. Virgin Islands through snorkeling and hiking makes the biology come alive," said Monica Murray '18, a student in the five-year combined Bachelors and Masters Degree Program in Psychology. 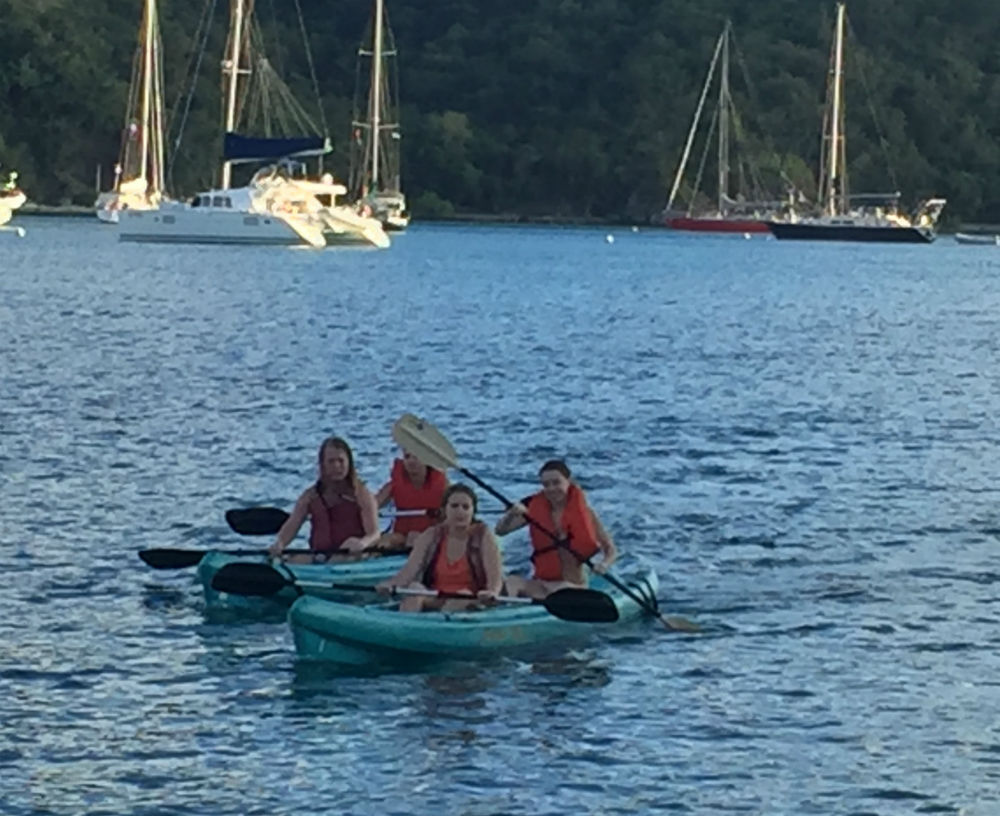 The students participated in a plethora of experiential learning activities, including hiking, snorkeling, learning about coral reef ecology, fish biology, and plant adaptations to a dry tropical climate. They made species lists of the various fish, corals, and other invertebrates such as sea urchins that they observed.

The learning experience went far beyond science with lectures and discussions about topics ranging from the importance of national parks to the pros and cons of ecotourism. They also learned about the history of slavery on the U.S. Virgin Islands and its connection to the sugar cane and rum facilities they toured.

"I learned so much, including that slaves communicated with one another by blowing on conches," said Biology major Gabriella Curcio.

Students also learned about medicinal plants and how native crafts were developed by a native from St. John's. They witnessed the handiwork of yellow-bellied sapsuckers boring into trees along the Reef Bat trial and bats being released from mist nests. And then there was the fun, swimming with sea turtles and parrotfish and near barracudas and stingrays. 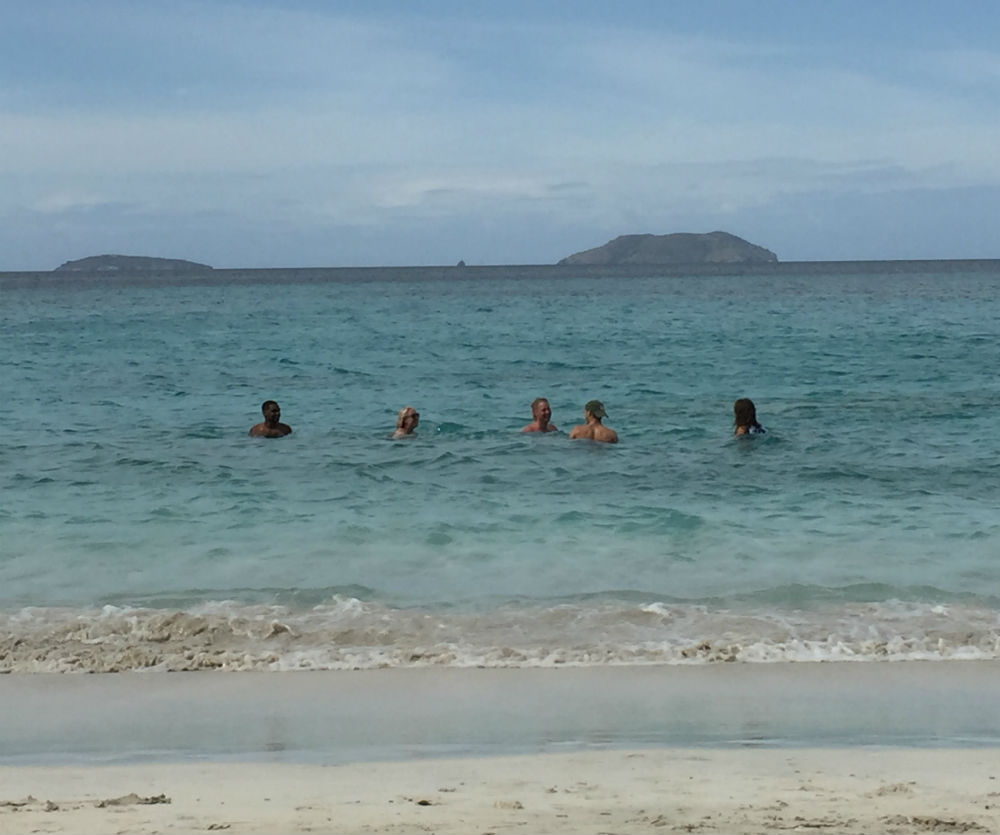