Skip to main content
Upload Proof of Vaccination
Reminder: All students, faculty, and staff must be fully vaccinated against COVID-19 and upload proof as a condition of accessing College buildings (including the residence hall) during the 2021-2022 academic year.
Academics
February 5, 2016

He says it's a dream that, at times, he wasn't sure was going to come true. Latino Justice PRLDEF fought for Cesar since he passed the Bar exam in 2011 before finally winning a decision last year from the Appellate Division of State Supreme Court that brought his swearing to fruition. 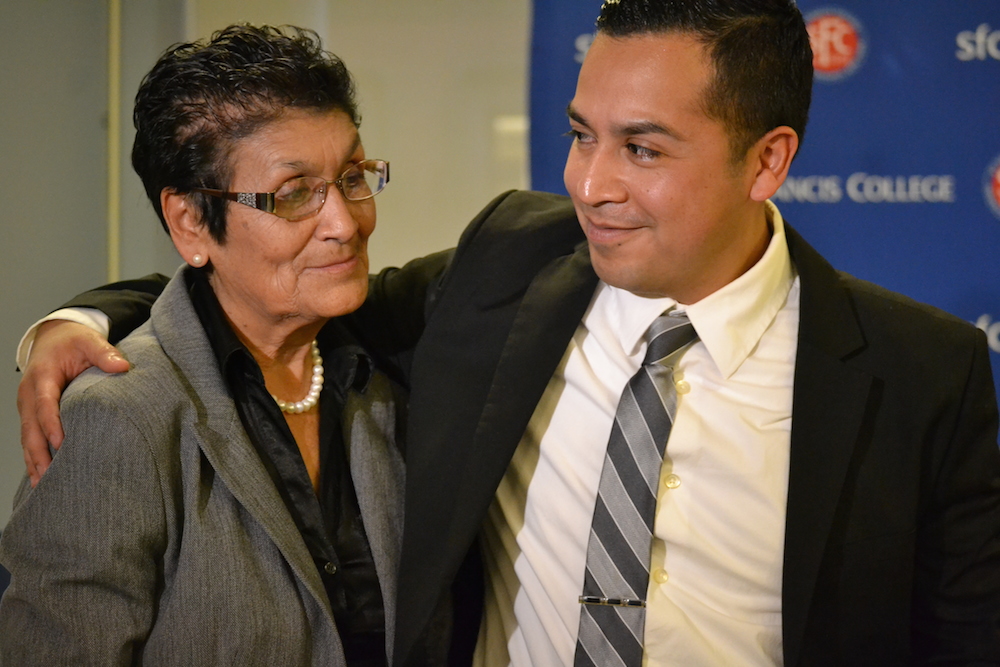 Cesar was brought to the United States from Mexico when he was five. After attending St. Francis College he went on to CUNY School of Law. He then was co-founder and co-director of the Dream Act Coalition before joining the Bernie Sanders presidential campaign staff. 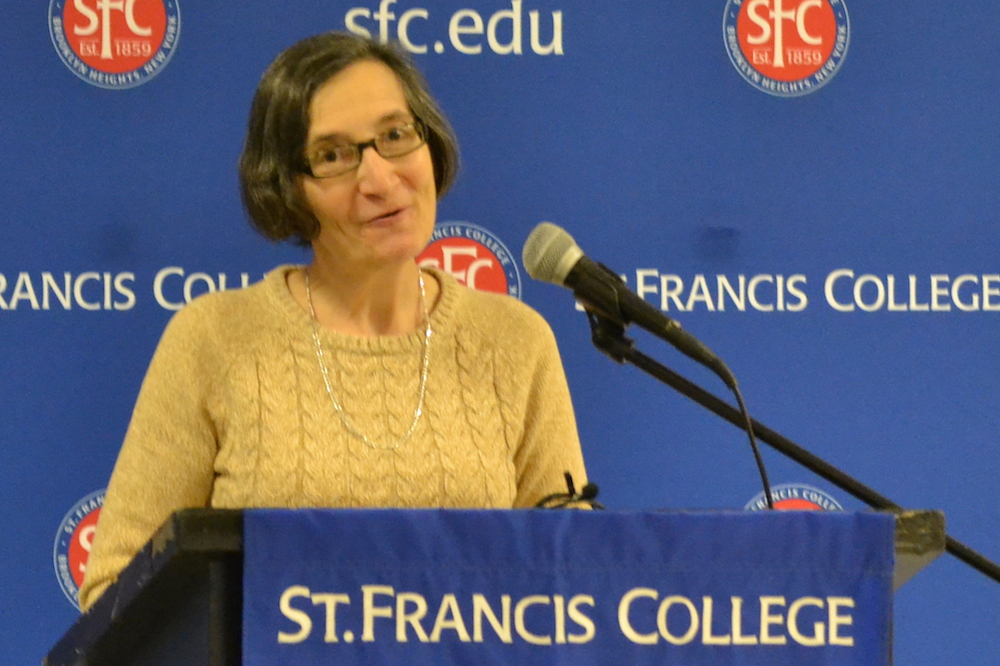 His mentor at St. Francis College, Sophie Berman (Chair, Philosophy & Religious Studies) spoke at the event, telling the audience, "Then as now, his concern was always the pursuit of truth and the fight for justice; never the promotion of his own ego." 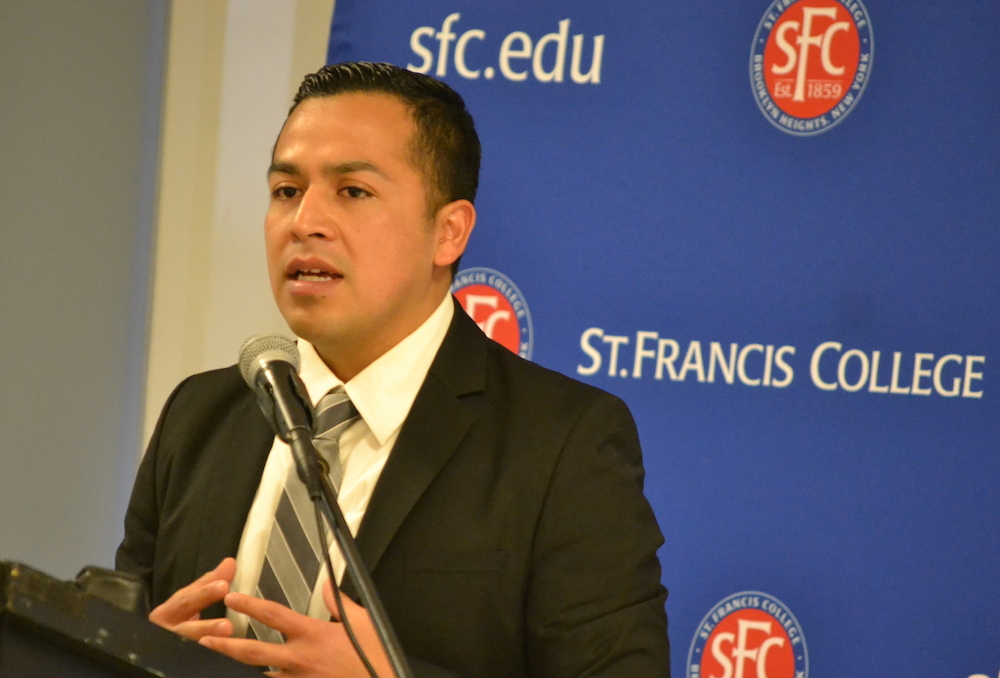 "This fight was made possible by each person here," said Vargas. "Thank you for standing by my side. Thank you for helping me open the door for so many other young people."