The maintenance is scheduled to take place on the following days: June 21, June 22, July 11, July 13, August 1, August 3, August 16, and August 17. If you experience any problems accessing any of these applications during these dates, please understand the application may be down for migration. SFC IT will be sending out notifications when systems are back online. Thank you for your support and patience during this process.
Academics
January 25, 2010

With one semester complete and another just beginning, Visiting Professor Fred Siegel, Ph. D. has had an immediate impact on the students and community at St. Francis College. Siegel, who is currently on sabbatical from Cooper Union for Science and Art is a senior fellow at the Manhattan Institute, contributing editor to City Journal and prolific writer of articles and editorial pieces that cut to the heart of New York politics and economics.

“I've been taken by the warm welcome extended to me by both faculty and staff at St Francis,” said Dr. Siegel. “It’s exciting to be a part of events that will connect students to the larger public life of the city and country.” 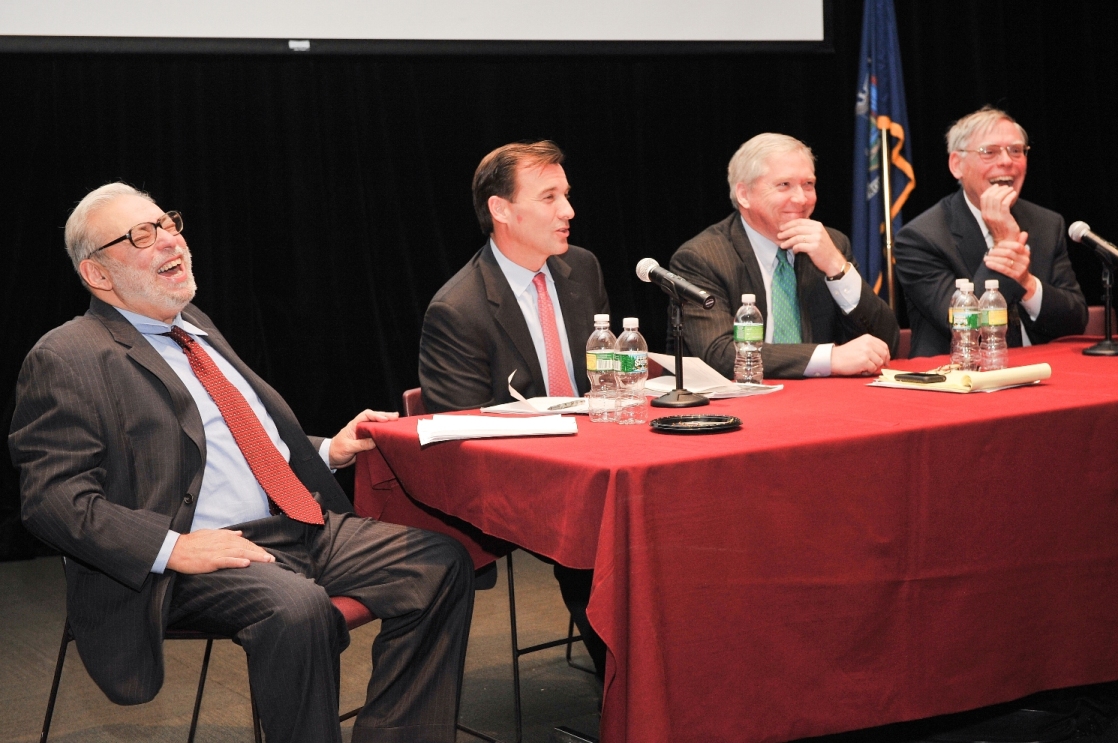 Professor Siegel’s courses include New York, New York: From Depression to Downturn, which not only looked back at the Great Depression but had students immersed in the facts of current day recession; and Politics and the Political Novel, an exploration of 20th and 21st Century politics through utopian, dystopian and other novels.

“When the opportunity arose through an anonymous sponsor to bring Professor Siegel to our campus, we jumped at the chance,” said Vice President for Academic Affairs and Academic Dean Timothy J. Houlihan. “Fred offers a unique perspective that is both current and very relevant to our students. His insights carry a lot of weight as they move on from St. Francis to the next stop in their journey.”

In addition to his work in the classroom, Siegel also moderated two panels presented by St. Francis College and the Manhattan Institute on past and present economics of New York: Keeping New York in the Black, Our Current Fiscal Woes In Light Of The 1975 Fiscal Crisis and Can New York State Government Be Reformed?

On Tuesday, February 23 at 6:30pm, he will be heading up the symposium: Journalism in the Age of the Internet, focusing on the rise of on-line reporting and how commentary is transforming the business of journalism. The panelists include: WABC anchor and reporter Diana Williams; Politico Lead Reporter and Columnist Ben Smith; New York Post Editorial Writer Robert George; WABC Director of Community Affairs Saundra Thomas; Politico Editor Harry Siegel and Hunter College Professor of Economics Lisa George.

Siegel was most recently quoted Friday in the New York Times in an article about unions in the public sector and also has an article he penned slated to appear in the National Review about Herbert Croly, noted progressive writer, author of The Promise of American Life and co-Founder of The New Republic. He is working on another piece about the literary feud between Sinclair Lewis and Bernard DeVoto.

Among the articles written or co-authored by Professor Siegel since his arrival at St. Francis are: “A Wasted Debate” (New York Post) which leveled serious criticism on both mayoral candidates in the run-up to the 2009 election, “Can Bloomberg’s Luxury City Survive?” (Wall Street Journal, co-author Harry Siegel) chronicling the rise of union influence in local politics, “The New Tammany Hall” (Weekly Standard, co-author Dan DiSalvo) about public sector unions and the high price municipalities pay because of their strength, “The Romance of Evil” (City Journal) which reviews the movie, The Baader-Meinhof Complex: The True Story of the Red Army Faction and a review of Joyce Purnick’s book about the mayor, Mike Bloomberg: Money, Power, Politics which appeared in the Wall Street Journal.