Skip to main content
Upload Proof of Vaccination
Reminder: All students, faculty, and staff must be fully vaccinated against COVID-19 and upload proof as a condition of accessing College buildings (including the residence hall) during the 2021-2022 academic year.
Academics
April 4, 2011

What Happened to All the Good Men?

Kay Hymowitz on Manning Up: How the Rise of Women Has Turned Men into Boys

A spirited debate on the maturity of men and their place in society was held at St. Francis College on April 4, featuring social critic Kay S. Hymowitz, author of Manning Up: How the Rise of Women Has Turned Men into Boys and two St. Francis professors; Chair of the Psychology Department Michele Hirsch and History Professor Eric Platt. (Watch the entire event)

In her book, Hymowitz argues that men in their twenties and thirties have become ground zero for two radical shifts in contemporary life: pre-adulthood and an increasingly female-friendly economy. She claims that as women begin to climb the ladder of success outside the home—out-performing, out-earning, and out-maturing males—men struggle to retain their traditional place in society. 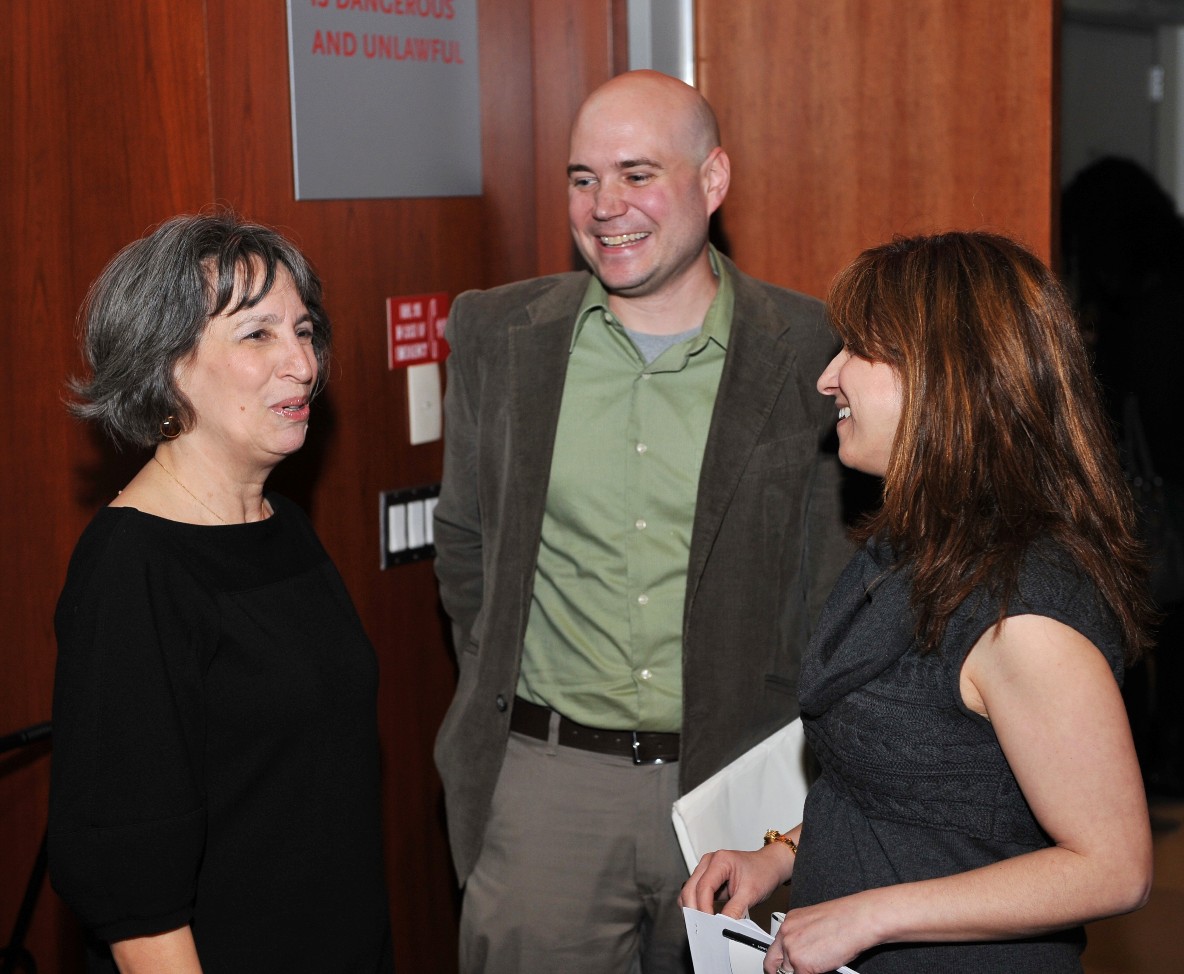 Hymowitz points to three observations that prompted her to begin her research into this phenomenon; it was taking longer for children to grow up, women were doing extremely well in education and the business world, and the rise in popularity of child-men as exhibited by actors like Adam Sandler.

Regarding pre-adulthood, what sociologists call, emerging adulthood, Hymowitz says that while men may lack in social maturity, many of the people in this category are in fact on a career track and are focused on achieving. As for the rise of women, she points to cultural events like the Spice Girls music group, saying “there was a tremendous emphasis on the socialization of young girls to be ambitious, to be smart, to be aggressive and it was incredibly successful.”

Hymowitz says that combining this with the rise of the “knowledge economy” and a college and graduate school population that that is majority female; women are having great access to a number of successful careers.

St. Francis History Professor Eric Platt stated that while he usually researches, teaches and writes about people who lived hundreds of years ago, he was eager to explore the role of contemporary men and women. Platt said that despite the name of the book, he found the work to be more about successful women of the millennial generation and not about a new type of male.

He added that while the information on women was based on hard data, the picture of pre-adulthood men was drawn largely from anecdotes steeped in Maxim magazine and Judd Apatow movies. Using those same guidelines, Platt said a case could be built to paint the same picture of women, pointing to Britney Spears, Ke$ha and Snooki as evidence.

Platt concludes asking if this really a problem or, “is it perhaps time to acknowledge demographic changes within the educational class of America… and help twenty-something men and women write a new script about the transition to adulthood.”

Professor Hirsch bringing a psychologist’s perspective on the issue, followed from Platt’s question saying that while Hymowitz says that men today do not have a life script to follow, Hirsch offers that, “maybe it’s not that they don’t have a script but that they rejected it. These are different times, culture is different and they are looking for something different.”

Dr. Hirsch also pointed out that there is limited scientific research on the topic and that the group of men being talked about, though possibly growing, still represents only a small subset of the male population. She also said that the delayed maturity of men may mean there are fewer marriage partners for women, but that has its own benefit health wise. Dr. Hirsch points to several studies that show that it is much healthier for men to be single than to be in a discordant relationship. She reasons that if a man is not mature enough, the woman who would be with him might, health wise, be better off being single.