Skip to main content
Upload Proof of Vaccination
Reminder: All students, faculty, and staff must be fully vaccinated against COVID-19 and upload proof as a condition of accessing College buildings (including the residence hall) during the 2021-2022 academic year.
Academics
February 2, 2018

"This ceremony has become an important rite of passage for students who have achieved academically and can now pursue their dream to become registered nurses," said Eleanor Kehoe, Chair of the Nursing Department.

The ceremony continues a tradition that adds special meaning in recognizing the vital role nurses play in the health care system.

More than 200 students are now enrolled in the undergraduate BS in Nursing at St. Francis, with the first class of graduates having performed remarkably well on their NCLEX Nursing certification test.

The College places a heavy focus on technology in its four year undergraduate Nursing program as well as its two-year RN to BS program. A Sim-lab features a collection of robot simulators that mimic thousands of symptoms for students to diagnose. All the work is captured on video, giving instructors the opportunity to pinpoint specific areas for improvement. 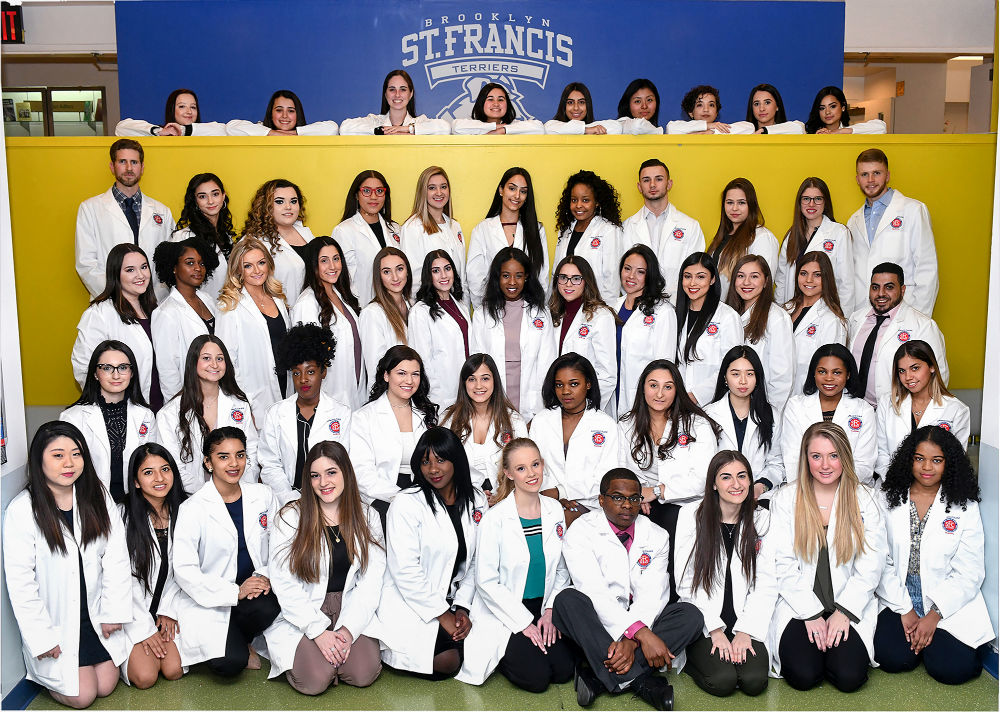 White Coat ceremonies first became popular more than 20 years ago and were exclusively for students in medical school. They have spread to Nursing in an effort to create a stronger sense of community among all healthcare workers and recognizing their value as part of the healthcare team.