The maintenance is scheduled to take place on the following days: June 21, June 22, July 11, July 13, August 1, August 3, August 16, and August 17. If you experience any problems accessing any of these applications during these dates, please understand the application may be down for migration. SFC IT will be sending out notifications when systems are back online. Thank you for your support and patience during this process.
Academics
January 5, 2016

Hundreds of parents, families, and friends will come to St. Charles Borromeo Church in Brooklyn Heights to celebrate the Class of 2016 at St. Francis College's Winter Commencement on Thursday, January 14 beginning with a Baccalaureate Mass at 2:00pm and Commencement at 3:00pm.

Unable to attend? Follow @sfcny on Twitter for a link to watch the ceremony live through the Periscope app. 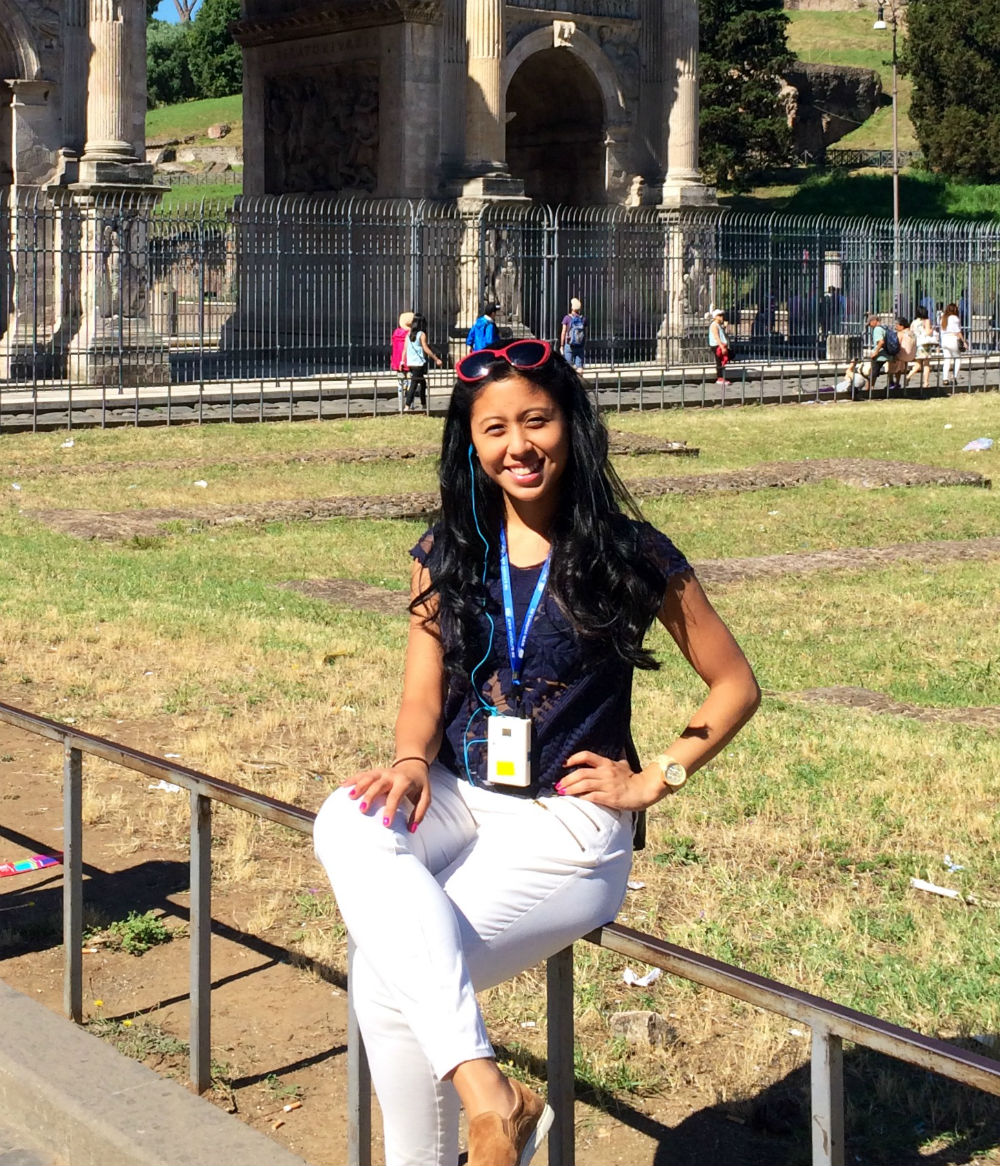 The valedictorian for the winter commencement is Chantell Chimbo a Management Major with a Minor in Sports Management and a 3.9 GPA. Chimbo is a member of the St. Francis College Duns Scotus Honor Society and was selected for two education honor societies; Sigma Beta Delta (International Business Management) and Omicron Delta Epsilon (International Economics). She was also a member of the Accounting Society, Economics Society, and Entrepreneur Club. Chimbo held three internships during her time at St. Francis; at Greenhouse Eco-Cleaning, for the MTA, and with Madison Square Garden. She also studied abroad in Florence, Italy, which she says helped develop her cooking skills. All her accomplishments are even more remarkable when you consider that Chantell graduates a semester early, completing her degree in three and a half years.

"I made amazing friends, met amazing mentors, had the opportunity to give back and learned about Franciscan values," said Chimbo. She plans to put her experience to work in human resource management where she can help people enhance their careers.

Dr. Gerald Galgan of the Department of Philosophy and Religious Studies will offer the Winter Commencement Address., Professor Galgan has spent fifty years in liberal education (Watch his reflections on his educational journey). Most recently he focused on technology and its effect upon human thought and action, as inspired by his interest in the bearing of medieval theological categories on the origin and development of modern philosophical thought. Co-editor of Perspectives on 9/11 (Praeger Greenwood, 2004), Dr. Galgan has published articles in The Maine Scholar, Excelsis, American Philosophical Quarterly, Cross Currents, The New Scholasticism, The Political Science Reviewer, and Commonweal. He is the author of three books: Interpreting the Present (University Press of America, 1993), God and Subjectivity (Peter Lang, 1990), and The Logic of Modernity (New York University Press, 1982). He has appeared on the television show Dialogue on two separate occasions, a two-part series on "The Vision of St. Bonaventure" in 1994, and the 1993 six-part series, "The Mind of St. Augustine." Dr. Galgan began teaching at St. Francis College in 1966. He served as Department Chairman from 1998 to 2000 and was Assistant Dean of the Humanities for St. Francis College from 2000 to 2002.

An honorary doctorate will be awarded to Father Edward P. Doran of St. Charles Borromeo Church. He has been pastor there since 2008 and has opened its doors numerous times for a number of the College's special events and ceremonies. In May 2013, he was appointed dean (vicar forane) of the Brooklyn 3rd Deanery and in 2014 he also became administrator of Assumption of the Blessed Virgin Mary Parish in the northern part of Brooklyn Heights. Prior to being ordained a priest, Fr.Doran was a member of the Marist Brothers for 21 years. Fr. Doran holds a Ph.D in counseling from St. John's University, a BS in education from Marist College, and a Master's Degree in electrical engineering from Seton Hall University. He is also an adjunct professor at St. John's University.

Fr. Doran will also be a concelebrant of the Baccalaureate Mass held before commencement with Father Brian Jordan, Director of the St. Francis College Campus Ministry, Msgr. John Bracken, a member of the College's Board of Trustees, and Rev. Msgr. Alfred LoPinto (CEO Catholic Charities Brooklyn and Queens).

A full replay of Winter Commencement will be available on the St. Francis website (www.sfc.edu).

Christopher Guevara is a Biology Major with a Minor in Psychology. A transfer student, he came to St. Francis College "because of the small learning environment, advisement attentiveness, and diversity in people and classes." He was a member of the Pre-Med and Health Professions Clubs and Secretary of the Environmental Club. While at St. Francis, Christopher conducted research on Zebrafish with Professor Alison Dell; researching the role of G-protein coupled receptor signaling on axon guidance.

"Dr. Dell was the first professor I had here at SFC, been a great advisor, took me under her wing in conducting research, and has always shown up to class with a smile," said Guevara. He also credits Professors Kathleen Nolan and Gerard Davidson for teaching him complex topics, always being available, and for preparing him for graduate school.

Christopher is putting that preparation to good use. His next step is attending Columbia University to study for a Master's Degree in Neuroscience.

Patrick McCormack is a Communication Arts major. He was a member of the College's Campus Ministry and was selected to go on a Franciscan Pilgrimage to Assisi, Italy. McCormack interned at The Fischler Report, working for hockey legend Stan Fischler, where he covered New York Rangers hockey and worked on Fischler's recent book, New York Rangers: Greatest Moments and Players. Patrick also reported and wrote stories for MSG Varsity. He was an assistant for four years in Sports Information at the College and won the 2014-15 Edward Aquilone Spirit Award

"My time at St. Francis was filled with great experiences," said Patrick. "I had hands on experience working Division I sporting events, great professors that helped guide me, and got professional experience in the media capital of the world. All the while, the Franciscan element of the college let me practice my faith and become a better person."

Hemmani Ramrattan transferred to St. Francis College to major in Accounting. "I choose St. Francis because of its generous scholarships, affordable tuition and the ability to complete a combined Bachelor's and Master's Degree in Accounting." Hemmani says the small classes and individual one-on-one attention and mentoring from each professor motivated her to work hard to accomplish her goals. She interned with JPMorgan Chase & Co for almost two years and after graduating will begin working at a mid-sized CPA firm. She credits the Career Center with helping her land the position.

"I would recommend St. Francis College to anyone because of the kindness and willingness from everyone one at the school to go the extra mile. It makes you feel comfortable and welcome. The overall experience has been positive and very rewarding. St. Francis is definitely a small college with big dreams!"