The maintenance is scheduled to take place on the following days: June 21, June 22, July 11, July 13, August 1, August 3, August 16, and August 17. If you experience any problems accessing any of these applications during these dates, please understand the application may be down for migration. SFC IT will be sending out notifications when systems are back online. Thank you for your support and patience during this process.
Academics
April 4, 2016

Women in Government With Nydia Velasquez

Congresswoman Velasquez was first elected to the House of Representatives in 1992, the first Puerto Rican woman elected to the House. Representing parts of Brooklyn, Queens, and Manhattan, Velasquez works to promote economic development while fighting for affordable housing, quality education, and health care for her constiuents. 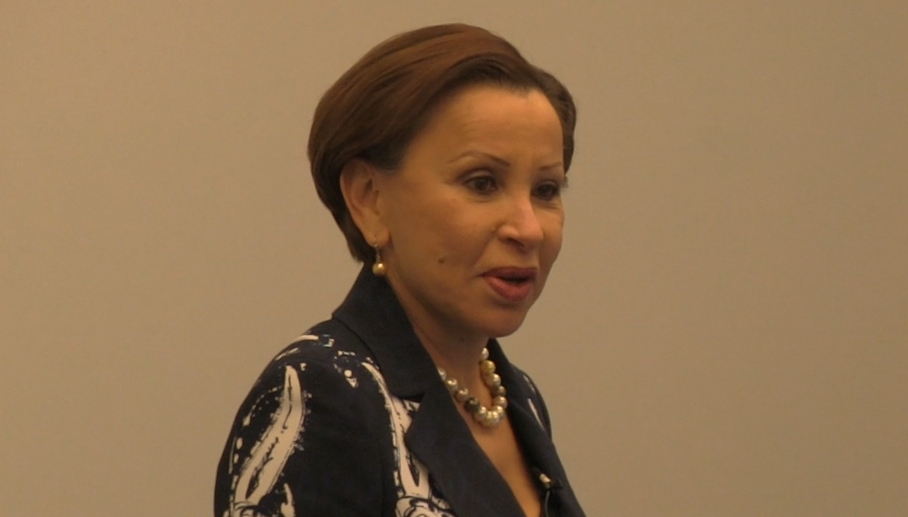 Biographies
Congresswoman Nydia Velasquez Congresswoman is currently serving her twelfth term as Representative for New York's 7th Congressional District. In the 114th Congress, she is the Ranking Member of the House Small Business Committee and a senior member of the Financial Services Committee.

She has made history several times during her tenure in Congress. In 1992, she was the first Puerto Rican woman elected to the U.S. House of Representatives. In February 1998, she became the first Hispanic woman to serve as Ranking Member of a full House committee. Most recently, in 2006, she was named Chairwoman of the House Small Business Committee, making her the first Latina to chair a full Congressional committee.

But her passion for politics soon took hold. In 1983, Velázquez was appointed Special Assistant to Congressman Edolphus Towns (D-Brooklyn). One year later, she became the first Latina appointed to serve on the New York City Council.

In 1992, after months of running a grassroots political campaign, Velázquez was elected to the House of Representatives to represent New York's 7th District. Her district, which encompasses parts of Brooklyn, Queens and the Lower East Side of Manhattan, is the only tri-borough district in the New York City congressional delegation. Encompassing many diverse neighborhoods, it is home to a large Latino population, with pockets of Polish communities, and parts of Chinatown.

As a fighter for equal rights of the underrepresented and a proponent of economic opportunity for the working class and poor, Congresswoman Velázquez combines sensibility and compassion, as she works to encourage economic development, protect community health and the environment, combat crime and worker abuses, and secure access to affordable housing, quality education and health care for all New York City families.