Skip to main content
Upload Proof of Vaccination
Reminder: All students, faculty, and staff must be fully vaccinated against COVID-19 and upload proof as a condition of accessing College buildings (including the residence hall) during the 2021-2022 academic year.
April 25, 2016

Sidlin showed a twenty minute trailer from his Emmy-nominated documentary and led the discussion with Terna about his experiences during the Holocaust and how it has impacted his artwork.

Defiant Requiem illuminates the extraordinary, untold story of the brave acts of resistance by the Jewish prisoners at Terezín who learned and sang the Verdi Requiem as an act of survival and defiance against their Nazi captors. 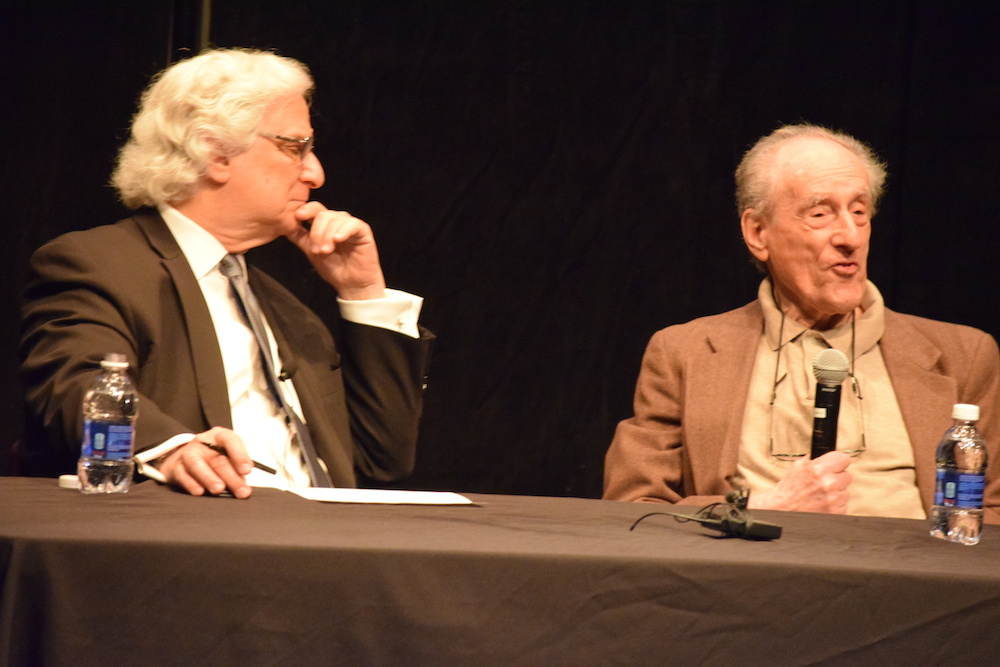 Murry Sidlin, a conductor with a unique gift for engaging audiences, continues a diverse and distinctive musical career. He is the founder and president of The Defiant Requiem Foundation, an organization that sponsors live concert performances of Defiant Requiem: Verdi at Terezín and Hours of Freedom: The Story of the Terezín Composer, as well as other projects including the documentary film, Defiant Requiem, and The Rafael Schächter Institute for Arts and Humanities at Terezín. Mr. Sidlin began his career as assistant conductor of the Baltimore Symphony under Sergiu Comissiona and then was appointed resident conductor of the National Symphony Orchestra by Antal Doráti. He has served as music director of the New Haven and Long Beach (California) Symphonies, the Tulsa Philharmonic, and the Connecticut Ballet. For eight years he was resident conductor of the Oregon Symphony and, from 2002 to 2010, he served as Dean of the School of Music at The Catholic University of America in Washington, DC. Murry Sidlin was principal guest conductor of the Gävleborgs Symfoniorkester in Sweden and was artistic director of the Cascade Festival of Music in Bend, Oregon for twelve summers. He has conducted more than 300 concerts with the San Diego Symphony, and, on December 31, 2011, conducted his 18th consecutive New Year's Eve Gala at the John F. Kennedy Center for the Performing Arts in Washington, DC with the National Symphony Orchestra. The summer of 2011 marked Mr. Sidlin's 33rd year as resident artist/teacher and associate director of conducting studies at the Aspen Music Festival where, with conductor David Zinman, he developed the American Academy of Conducting.

Sidlin was appointed by Presidents Ford and Carter to serve on the White House Commission of Presidential Scholars. He won national acclaim for the television series Music Is..., a ten-part series about music for children that was seen on PBS for five years. He has been featured on NBC's Today Show, ABC's Good Morning America, and CBS Sunday Morning. Most recently he was asked to appear on CNN International to speak about Defiant Requiem. In September of 2011, the Archbishop of Prague presented him with the medal of St. Agnes of Bohemia for his dedication to illuminating the legacy of Terezín. In January 2013, Mr. Sidlin was nominated to the International Board of Governors of the Jerusalem Academy of Music and Dance. Murry Sidlin received the Simon Wiesenthal Center's Medal of Valor on June 11, 2013, for his extraordinary efforts to keep alive the memory of Rafael Schächter.

(Watch the SFCTV story by Tia Quirk on Fred Terna)

Fred Terna was born 1923 in Vienna to a Prague Jewish family. The family was solidly middle-class, financially comfortable, but not wealthy and soon moved to Prague. In Mr. Terna's own words:

"I had a brother who was born in 1926. My father, a doctor of law, a rather typical Prague intellectual. I went to school in Prague until 1939 when I was not allowed to continue, then in a Realgymnasium. Early in 1941, and about 17 years old, I was taken in by the Gestapo, and questioned for nearly an entire week in a rather unfriendly way. The reason quite obscure to me, and I feel it was so to the Gestapo too. It was a difficult stretch of days.

"On October 3rd 1941 I was taken to my first camp, at Lipa, in Bohemia, then called Linden bei Deutschbrod. From there in March 1943 to Terezin, or Theresienstadt, then to Auschwitz in October 1944. After a few weeks of Auschwitz by train to Kaufering 4. Liberated in Kaufering 1 on April 27th, 1945. Upon liberation I weighed about 35 kilos {about 77 pounds], and for a while it was touch and go whether I would make it. Later I was brought by an US Army outfit to Bad Woerishofen to a hospital set aside for camp survivors. In summer 1945 repatriated to Prague. I was the only survivor in the family. 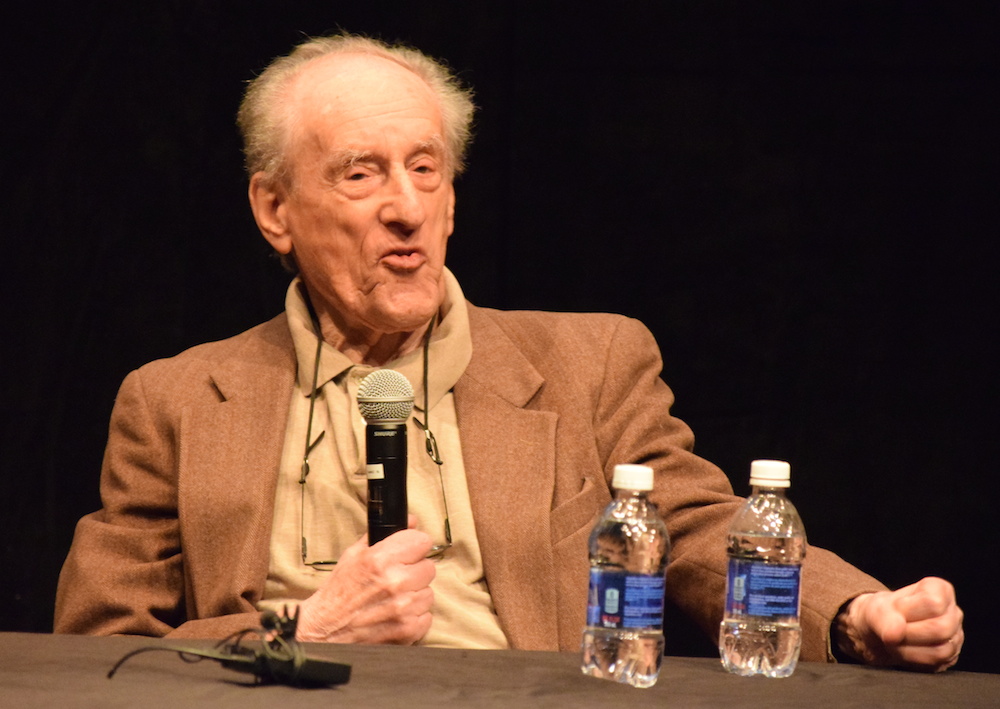 In Prague I married another camp survivor early in 1946. We left Prague in Fall of 1946 with false documents and went to Paris. I worked in Paris for the Joint Distribution Committee. We left for Canada in 1951, and in 1952 immigrated to the USA, living in New York City. My first wife died of cancer. I remarried in 1982 [and have a son]. I am a painter, artist. My style semi-abstract, symbolic. My last major effort was a large, 12 x 12 feet, stained-glass window for a synagogue in Panama."

Terna's work will soon be on display at the The United States Holocaust Memorial Museum in Washington, D.C. and has appeared at museums around the world including the Smithsonian Institute and Yad Vashem.