Skip to main content
Upload Proof of Vaccination
Reminder: All students, faculty, and staff must be fully vaccinated against COVID-19 and upload proof as a condition of accessing College buildings (including the residence hall) during the 2021-2022 academic year.
Academics
May 1, 2008

St. Francis College hosted its annual Yom Hashoah remembrance event, May 1, with a lecture by noted professor Kitty Millet who spoke about, "The Obligation of Hope."

Professor Millet focused on the works of Primo Levi, Jorge Semprun and Michael Chabon and their relation to the events during and after the Holocaust. 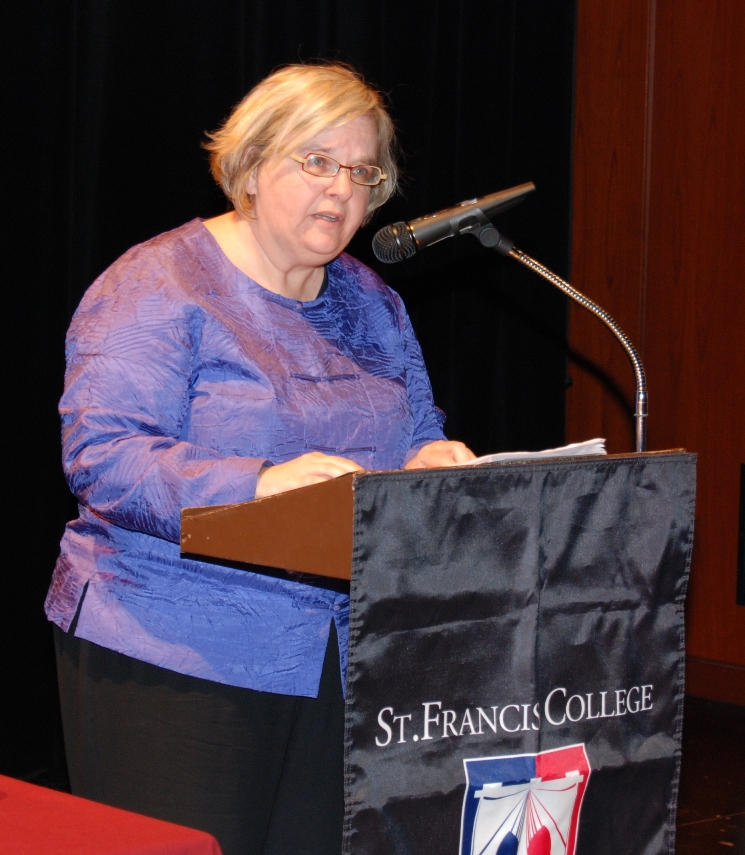 Semprun was a non-Jewish member of the French resistance who was captured and sent to the Buchenwald concentration camp. Dr. Millet pointed to a character in Semprun's work who is surrounded by the smell of death but still can't give up on the idea of hope. Regarding Primo Levi, a survivor of Auschwitz, Millet talked about the Nazi's not only trying to kill all Jews, but to eliminate Jewish culture and identity. For novelist Michael Chabon, Millet focused on the story of a bird that repeats numbers believed to be the key to making a possibly lucrative Holocaust discovery.

Kitty Millet is a professor of Comparative Jewish Literatures and Modern Jewish Thought at San Francisco State University She publishes regularly on Modern Jewish Writers in Europe and the Americas. She is currently working on a book linking the concept of recognition to Holocaust writing. She co-edits with Wlad Godzich, the anthology, Open Questions: The Holocaust and its Effects on the Humanities.

The lecture was organized by Dr. Alan Udoff '68, Professor of Philosophy and Religious Studies.