The maintenance is scheduled to take place on the following days: June 21, June 22, July 11, July 13, August 1, August 3, August 16, and August 17. If you experience any problems accessing any of these applications during these dates, please understand the application may be down for migration. SFC IT will be sending out notifications when systems are back online. Thank you for your support and patience during this process.
Student Life
April 17, 2018

One a St. Francis College graduate, the other, the son of a graduate, Joseph Giordano '79 and Lester J. Owens worked together at the start of their banking careers. Thirty years later, they shared the stage to raise $740 thousand in support of St. Francis students at the College's largest annual fundraiser, the 57th Annual Charter Award Dinner on April 17, 2018.

The night began with cocktails and a vocal performance by St. Francis College students, organized by Catherine Greene, a member of the College's Board of Trustees. The students came back later to sing again.

Hosting the event was David Diamante, who brought his Brooklyn Nets baritone across the river to The Lighthouse at Chelsea Piers for the dinner, making sure Brooklyn was well represented.

In helping to raise money for the College both Lester J. Owens (Global Head of Wholesale Banking Operations and Corporate & Investment Bank Client Onboarding at JPMorgan Chase & CO) and Joseph Giordano '79 (President of Global Trust and Custody Services at U.S. Bank) talked about the importance of education and having a strong support system to keep you on track as you make it through your career.

In addition, both honorees noted how important it was to them to always give back, and support others as they climbed the ranks in their respective fields.

Another highlight of the event was when Gabriella Mendonca '21 took the stage to talk about how as a blind student, she has been welcomed with open arms and been able to affect changes to make the College more friendly to all students with disabilities.

Funds raised at the Charter Award Dinner support the mission of St. Francis College to provide a quality, private college education at an affordable price. This assistance comes in the form of generous scholarships to deserving and needy students, as well as upgrades to classroom technology, and maintaining a low student to professor ratio.

The Charter Award Dinner began in 1962 by the St. Francis Board of Trustees to commemorate New York State granting the College a charter and the right to confer diplomas, honors and degrees. For more than five decades, the Charter Award Dinner has been the College's premier fundraising event and has raised millions of dollars to support scholarship programs and further the educational mission at St. Francis. 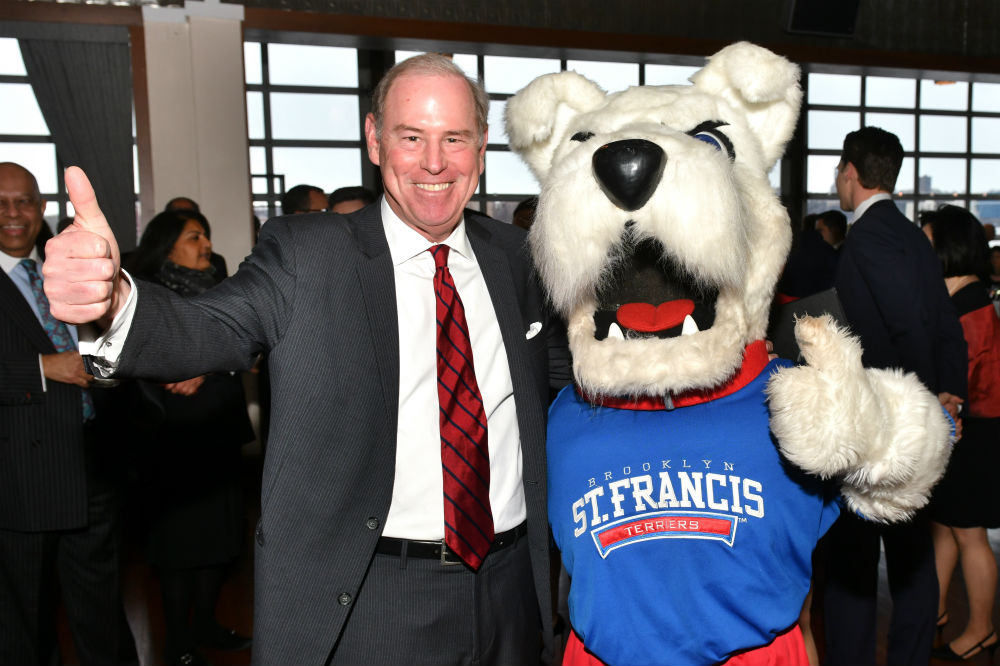 Joseph Giordano '79 is President of Global Trust and Custody Services at U.S. Bank. In this role, Joe manages a large segment of the Bank's global securities processing business; includes eight corporate trust and custody product lines, more than $5 trillion in assets under management, 14,000 clients, 2,400 employees and 52 domestic and international locations.

Prior to his current role, Joe led the U.S. Bank corporate and municipal trust group at U.S. Bank, its European corporate trust business, and also oversaw the global Collateralized Loan Obligation (CLO) product since 2011. The CLO business has built dominant 50 percent market share global leadership over the past few years.

Over a career that has spanned more than 35 years in the corporate trust and financial services industry, Joe has held a variety of senior management roles in some of the country's largest financial institutions, including Bankers Trust; J.P. Morgan Chase, where he managed a global corporate trust business; and Fidelity Investments, where he was an executive vice president in the Institutional Wealth Services business. Joe has been with U.S. Bank for the last seven years.

A graduate of St. Francis College, Joe majored in accounting and was an Archon for the Pi Alpha Fraternity. Joe also earned an MBA in finance from St. John's University, as well as Series 7, 24 and 63 brokerage licenses. Joe chairs the U.S. Bank's New England Community Development Network and serves as a member of the Board of Directors of the Elavon Financial Services Company. 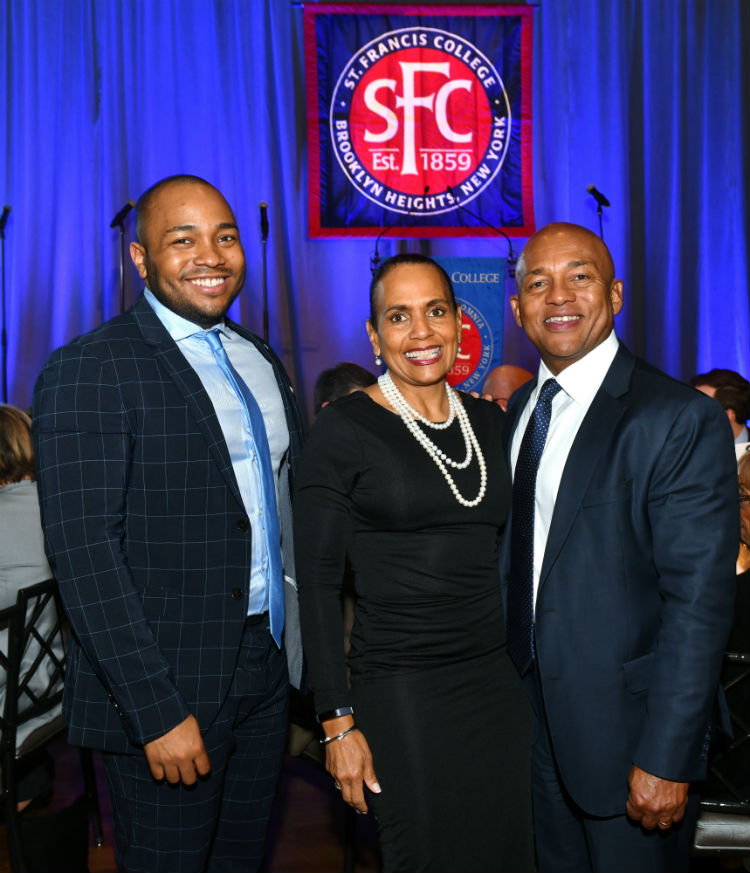 Lester Owens is a Managing Director at J.P. Morgan responsible for Wholesale Banking Operations and Corporate & Investment Bank Client Onboarding across 50+ sites. He manages a global staff of approximately 8,500 employees worldwide and his primary responsibility is managing one of the largest Payment Operations globally.

Prior to joining JPMorgan in 2008, Mr. Owens worked for Deutsche Bank as a Managing Director responsible for Transaction Banking Operations as well as serving on the Executive Committee for the Global Transaction Bank. Before joining Deutsche Bank, Mr. Owens was the Site Director at Citibank in Delaware which included Nationwide Receivables, Check Clearing and Customer Investigations. Prior to Citibank, Mr. Owens worked for Bankers Trust and Chemical Bank.

Mr. Owens is a Board Member of the Depository Trust & Clearing Corporation (DTCC) as well as RWJ Barnabas Health in New Jersey. He holds a BA from Long Island University, an Executive MBA from Fairleigh Dickinson University, and also attended the Harvard University Executive Management program. He resides in New Jersey with his wife and four children.

David Diamante is a sports announcer, TV host and actor. Known as the voice of the Brooklyn Nets, he has announced professional boxing, MMA, and Muay Thai internationally for over fifteen years. He is the official announcer for the World Boxing Super Series. David has announced for HBO, Showtime, ESPN, CBS Sports, NBC Sports, FOX Sports, Spike TV, YES Network, SNY, and MSG. In addition, David has announced in Spanish on Televisa, TyC and Azteca America.

David played himself in the major motion picture Southpaw and has appeared in the films: Sunnyside, Irish Ropes, Counterpunch, Back in the Day, Born Into This, Senior Moment, Night of Henna, Out of the Ring, and Hardy.

David is the owner and founder of Diamante's Brooklyn Cigar Lounge which opened in 2009.