The maintenance is scheduled to take place on the following days: June 21, June 22, July 11, July 13, August 1, August 3, August 16, and August 17. If you experience any problems accessing any of these applications during these dates, please understand the application may be down for migration. SFC IT will be sending out notifications when systems are back online. Thank you for your support and patience during this process.
Student Life
May 1, 2009

From the fight for same sex marriages to dealing with eating disorders like bulimia, the Annual Delaney Speech Contest offers students four minutes to make the case for any topic they choose. This year's winner of the Friday, May 1 event was Shernet Bryan, a freshman, who talked about Neuroblastoma, a type of cancer that affects infants and young children. 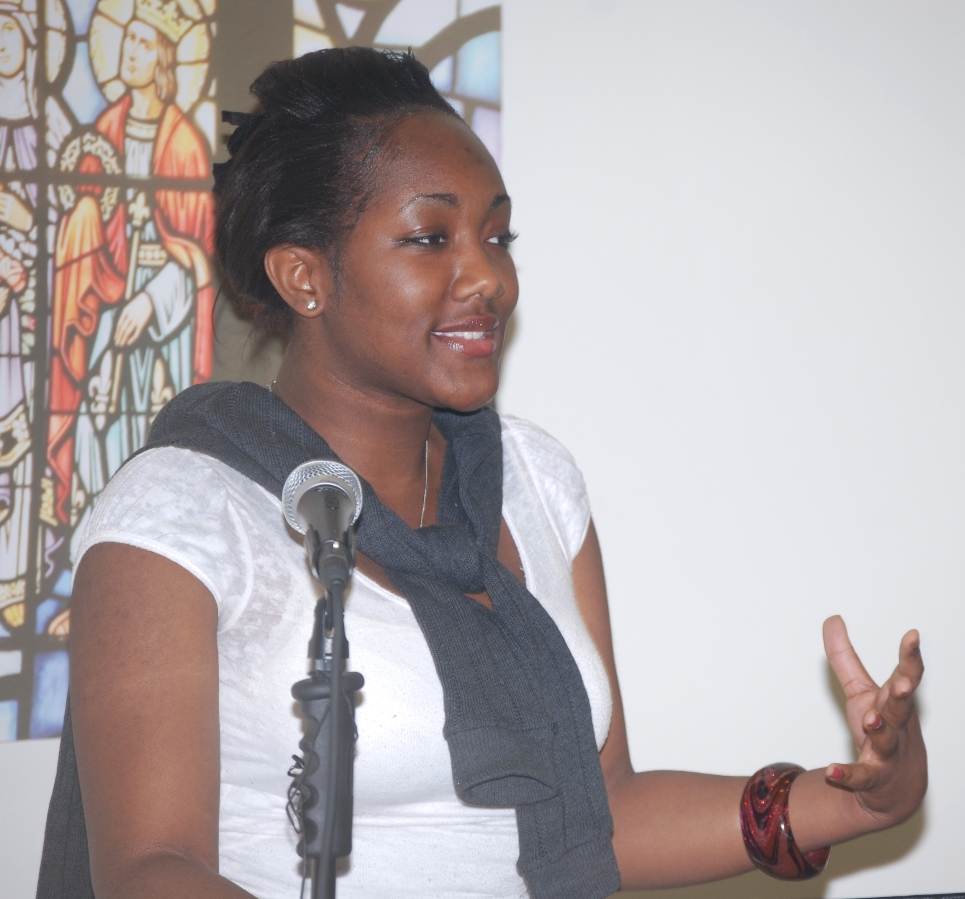 "I think of public speaking as writing that's up on its feet," said Communications Arts Professor Dr. Timothy Dugan, who coordinates and judges the event with fellow Communications Professor David Gewirtz. "Presentation skills that we are looking for in Delaney are critical in all areas of the marketplace; from law to medicine, engineering to the sciences, teaching and even coaching. No matter what you do, you will have to be able to present yourself in the best way possible. That's the lesson Delaney teaches us."

The second place award went to Jason Benn who took the audience inside the mind of a boxer and Theodore Davidson won third place with a speech about sex education.

The Delaney Speech Contest is unique in New York City as the only known contest that rewards students for composing oral persuasive arguments. The contest allows students to not just explore topics but types of persuasion. One used comedy to tackle road rage and meter maids while another told an emotional story about the death of a close friend and a third offered a firsthand personal account of why Israel going into Gaza earlier this year was necessary to defend itself from terrorist rocket attacks. Fourteen students in all presented their speeches in an attempt to take home the prizes.

"This contest brings together some of the best students from all academic departments and shows their ability to communicate extemporaneously," said Professor Gewirtz. "The quality and diversity of this year's participants is a testament to the legacy of Professor Delaney."

The Delaney Speech Contest is named for former St. Francis Speech Professor Francis Delaney who made it his mission to "cure" St. Francis students in the 50's and 60's of their Brooklyn accents to help them get ahead in their careers. Delaney bequeathed money to the school to help keep alive the fading art of persuasive speech.