Skip to main content
Upload Proof of Vaccination
Reminder: All students, faculty, and staff must be fully vaccinated against COVID-19 and upload proof as a condition of accessing College buildings (including the residence hall) during the 2021-2022 academic year.
Academics
April 16, 2015

Being Human in the Face of Inhumanity - a Yom Hashoah Commemoration

The question, "Did we do our best?" posed by Rabbi Joseph Potasnik (Congregation Mount Sinai) resonated through St. Francis College's Founders Hall for the College's Yom HaShoah Commemoration on April 16.

In discussing the topic of Being Human in the Face of Inhumanity, Rabbi Potasnik used this question to illustrate the importance of remembering the victims as well as the heroes of the Holocaust and to serve as a moral guide for how we conduct ourselves in the present.

Rabbi Potasnik was joined by Cantor Shira Lissek (Park Avenue Synagogue) who offered a collection of songs to mark the day, including; If the World had Cried, El Maleh Rahamim (A Memorial Prayer for the 6 million), and Hatikvah (the Israeli National Anthem). Cantor Lissek was accompanied by Oran Eldor on Grand Piano.

Watch the story on Currents TV

Rabbi Potasnik is currently Executive Vice-President and former President of the New York Board of Rabbis, the largest interdenominational body of its kind. He served as spiritual leader at Congregation Mount Sinai for 42 years and is now Rabbi Emeritus there. He is also co-host of Religion on the Line, WABC 770 AM's longest running talk radio program, which airs every Sunday from 7:30am-10:30am. Rabbi Potasnik has served as Chaplain of the New York City Fire Department, the Fraternal Order of Police, and the New York Press Club, maintaining a high profile in public affairs in the City. 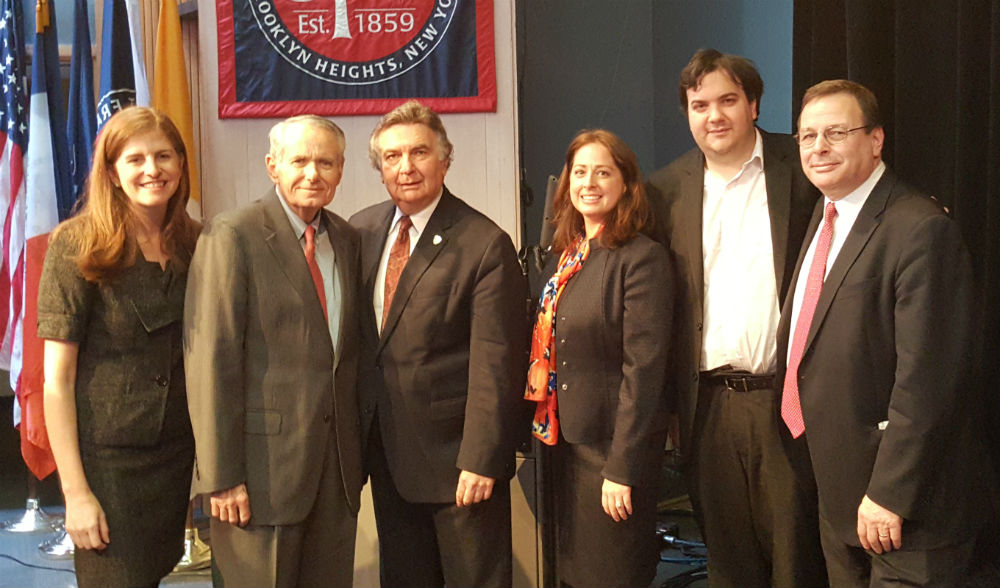 Cantor Lissek is Assistant Cantor at Park Avenue Synagogue and a third-generation hazzan. She is also a concert artist, operatic soloist, and educator. She has taught at SAJ, The 92nd Street Y, and The New Shul in Manhattan. Cantor Lissek has performed leading roles with prestigious opera companies and orchestras including the Seattle Opera and won praise from the New York Times for her performance in the title role of Handel's La Griselda. Cantor Lissek previously served for six years as Cantor of Congregation Mount Sinai in Brooklyn Heights.