The maintenance is scheduled to take place on the following days: June 21, June 22, July 11, July 13, August 1, August 3, August 16, and August 17. If you experience any problems accessing any of these applications during these dates, please understand the application may be down for migration. SFC IT will be sending out notifications when systems are back online. Thank you for your support and patience during this process.
In the Spotlight
January 22, 2020 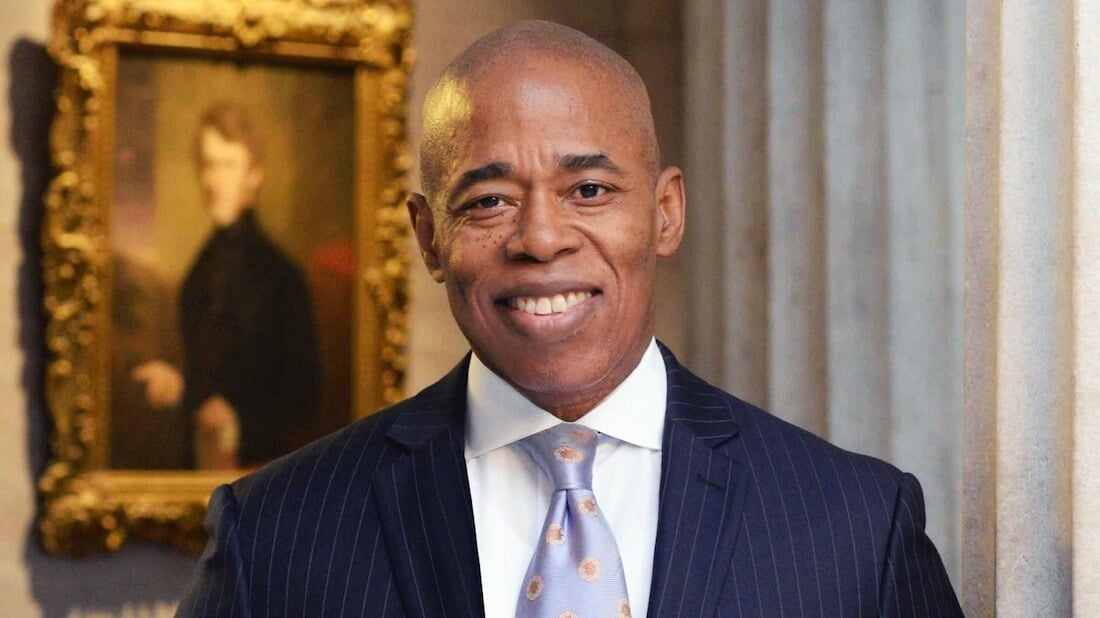 What: Reflections on a Life in Public Service, a live discussion series between Martinez-Saenz and leaders in politics, business and the community

Brooklyn, NY – St. Francis College is pleased to welcome Brooklyn Borough President Eric L. Adams as the third guest in Reflections on a Life in Public Service, a new discussion series between Miguel Martinez-Saenz, President of St. Francis College, and leaders in politics, business and the community.

Borough President Adams will join President Martinez-Saenz in a 50-minute conversation focused on Adams' early life in New York City, his 22-year law enforcement career, his motivations for becoming an elected official, and his advice to young people who want to be public servants.

"We're grateful to Borough President Adams for reflecting back on his younger years and the choices that brought him to the important role he plays today in New York City," said President Martinez-Saenz. "My goal in this discussion series is to explore the dreams, aspirations and experiences that motivate those who serve the public, rather than the partisan political issues that can dominate so much discussion today. I'm thrilled to have that conversation with Mr. Adams."

Now serving his second term as Brooklyn Borough President, Adams previously served four terms in the New York State Senate. He retired from the New York City Police Department with the rank of Captain in 2006.

Prior guests in Reflections on a Life in Public Service were Congresswoman Nydia Velázquez (D-NY 7th District) in September 2019 and Congressman Peter King (R-NY 2nd District) in November 2019.

Eric Leroy Adams was born in the Brownsville neighborhood of Brooklyn on September 1, 1960, the fourth of six children for his mother Dorothy, a house cleaner and cook, and his father Leroy, a butcher. Growing up in a working-class household in South Jamaica, Queens, Eric showed an early interest in computers, but was drawn to public service at the early age of 15 after he and his brother were beaten badly by police officers; the violent encounter would later motivate him to pursue a career in law enforcement, a decision reinforced by mentors like Reverend Herbert Daughtry and Jitu Weusi.

Following a public school journey capped by his graduation from Bayside High School, Eric went on to earn an Associate in Arts degree in data processing from the New York City College of Technology, a Bachelor of Arts degree in criminal justice from John Jay College of Criminal Justice, and a Master of Public Administration degree from Marist College. Eric paid his way through his collegiate studies through a number of jobs, including work in the mailroom of an accounting firm, as a mechanic, and as a clerk in the Kings County District Attorney's Office.

Eric graduated from the New York City Police Academy in 1984 as one of the highest-ranked students in his class. After initially serving with the New York City Transit Police Department, he was transferred to the New York City Police Department (NYPD) with the merging of the city's police forces. During the course of his 22-year law enforcement career, Eric served in the 94th Precinct (Greenpoint), 88th Precinct (Clinton Hill and Fort Greene), and the 6th Precinct (Greenwich Village and West Village), where he retired at the rank of captain. As a member of New York's Finest, Eric made the kind of life-and-death decisions that reflect insight, expertise, and poise under fire, earning him a reputation for going above and beyond the call of duty.

In 1995, Eric co-founded 100 Blacks in Law Enforcement Who Care, an advocacy group that rose to nationwide prominence speaking out against police brutality, racial profiling, and departmental diversity. He also served at one time as president of the Grand Council of Guardians, a statewide fraternal society for African-Americans in law enforcement. Through leadership roles in these organizations, Eric helped raise thousands of dollars for worthy causes across New York City.

Eric was elected to the first of four terms in the New York State Senate in 2006, where he represented a diverse range of neighborhoods across brownstone and central Brooklyn. During his tenure in the State Legislature, he chaired both the Veterans, Homeland Security, and Military Affairs Committee and the Racing, Gaming, and Wagering Committee. In 2013, Brooklynites elected Eric as the first person of color to serve as their borough president; he is currently serving his second term as Brooklyn's chief executive.

In 2016, Eric was diagnosed with Type 2 diabetes. Having lost vision in his left eye and suffering from nerve damage in his hands and feet, he went against the initial recommendations of his doctors and pursued a whole-food, plant-based diet. Within three months, Eric reversed his diabetes diagnosis, and he has subsequently been able to impact the health of countless New Yorkers facing chronic diseases, including his own mother.

Eric lives in Bedford-Stuyvesant, where he has resided for more than 20 years. He enjoys biking through his neighborhood, meditating, and exploring new cultures through travel. Eric is the proud father of Jordan, an aspiring filmmaker and graduate of American University.