Skip to main content
Upload Proof of Vaccination
Reminder: All students, faculty, and staff must be fully vaccinated against COVID-19 and upload proof as a condition of accessing College buildings (including the residence hall) during the 2021-2022 academic year.
April 15, 2016

During the event, St. Francis inducted the new class of Duns Scotus Honor Society Members and formally announced the recipients of the National Grid Scholarship and Internship. National Grid New York President and member of the College's Board of Trustees Kenneth D. Daly '88 introduced the three winners;

They are the three newest members of the National Grid family, some of the more than 100 graduates who have gone on to work at National Grid and its precursors, KeySpan and Brooklyn Union.

An Honorary Doctor of Humane Letters was presented to William P. Henson for his work as President and member of the Board of Directors of Cristo Rey Brooklyn High School.

The College also honored faculty, administrators and staff who have served at St. Francis for 15 years.

Duns Scotus Honor Society Inductees
Founded in 1935, the Duns Scotus Society is named for the Blessed Duns Scotus, a Franciscan scholar and champion of Our Lady's Immaculate Conception. Election to membership in the Society is based on scholastic standing, participation in extracurricular activities, evidence of loyalty to the ideals of St. Francis College and demonstration of a true Franciscan spirit. 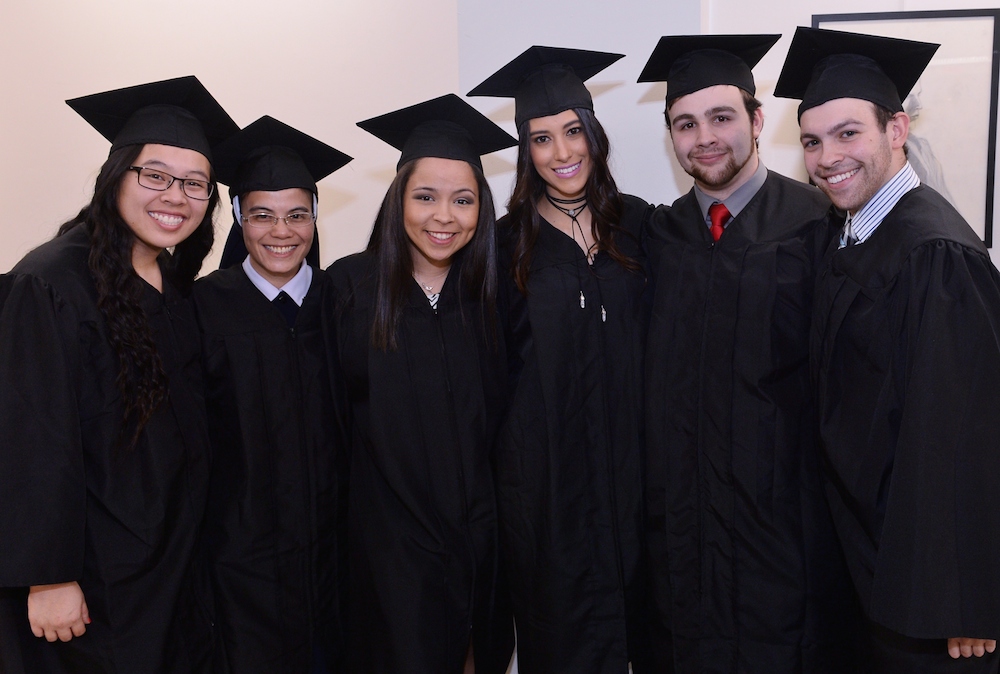 Pax et Bonum Medal
Instituted by the Board of Trustees and named from one of the earliest greetings of St. Francis of Assisi, this medal recognizes and honors those members of the faculty who have completed 15 or 25 years or more of dedicated, loyal preeminent service at St. Francis College. "Peace and Goodness" is a simple yet meaningful expression of the objective of Franciscan educators.

President's Award
The President's Award was instituted in 1972 to honor non-instructional personnel and the significant contribution they make to St. Francis College.The award recognizes administration and staff who have 15 years and 25 years of meritorious service.

Biographies
Kenneth P. Thompson
Since being sworn in as Brooklyn District Attorney on January 1, 2014, Ken Thompson has created many innovative and important units and bureaus. His newly formed Violent Criminal Enterprises Bureau is designed to eradicate firearms traffickers, violent street gangs, and drug dealers. His Conviction Review Unit, which has emerged as a model for the country, has led Mr. Thompson – in the interest of justice – to vacate or support the dismissal of the convictions of nineteen individuals who were wrongfully convicted of murder and other offenses. District Attorney Thompson has also created an Immigrant Fraud Unit, to protect immigrants in Brooklyn who are often ripped off and exploited by fake lawyers and scam artists, a Labor Frauds Unit to protect hardworking employees and honest employers, as well as a Cybercrimes Unit, a Hate Crimes Unit, and a Crime Strategies Unit. District Attorney Thompson has also implemented a policy to not prosecute low-level marijuana possession arrests in order to spare individuals—particularly young people—from the burden of a criminal record and to instead allocate further law enforcement resources for the prosecution of more serious crimes like gun violence, sexual assaults, and domestic violence.

Mr. Thompson is a former federal prosecutor in the Eastern District of New York, where he was a member of the trial team that successfully prosecuted the 1997 Abner Louima beating and torture case. Mr. Thompson also served as Special Assistant to the U.S. Treasury Department Undersecretary for Enforcement in Washington, D.C. and in the General Counsel's Office at Treasury. He was on the team of lawyers and federal agents that conducted the investigation ordered by President Clinton of the 1993 raid on David Koresh and the Branch Davidian Compound in Waco, Texas.

After serving as a federal prosecutor, Mr. Thompson worked at a prominent international law firm. He then co-founded his own firm, where he represented victims of pregnancy discrimination as well as those who had been subjected to unlawful prejudice due to their race, gender, age, religion, or sexual orientation. Mr. Thompson also worked with members of Congress and the clergy to convince the U.S. Department of Justice to reinvestigate the 1955 murder of 14-year old Emmett Till in Mississippi.

William P. Henson
William P. Henson has been the President and member of the Board of Directors of Cristo Rey Brooklyn High School (CRBHS) since May 2011. Under his leadership CRBHS has achieved immense growth and success: tripled enrollment, relocated the school to a true high school facility from its original elementary school location, developed a partnership with Boys Hope Girls Hope New York to offer a unique on campus boarding program and enhanced its spiritual mission by earning the endorsement of the Mid-Atlantic Community of the Sisters of Mercy. With an average family income under $35,000, 100% of its graduates have earned acceptances to 4-year colleges, including St. Francis College, most with full financial need met. The school's innovative Corporate Work Study Program is now supported financially by more than 60 companies and organizations.

Bill was previously on the Board of Directors of Cristo Rey New York High School, then served as the Director of Enrollment Management and Strategic Initiatives. He also chaired the Economics of the Schools Committee on the New York Archdiocese's Pathways to Excellence task force, helping to develop a long-term strategic plan for Catholic education within the Archdiocese.

Prior to Cristo Rey, Bill spent over 30 years in the financial services industry, developing and providing corporate finance and capital raising solutions to firms of all sizes. He is a co-founder of Grail Partners where he headed the company's merchant banking activities. Prior to Grail Partners, Bill worked at Putnam Lovell Securities, co-founding the Corporate Finance Group and eventually culminating in the positions of Chief Operating Officer, Head of Capital Markets and member of the Board of Directors. While at Putnam Lovell, he was responsible for the creation and development of Asset Management Finance, a specialized finance company targeted to the investment management industry. Bill also worked at Citicorp Securities, Bankers Trust Company, and Manufacturers Hanover Trust.

Bill grew up on Long Island, one of seven children. He graduated from Chaminade High School then attended Union College. He holds an MBA from the Stern School of Business, New York University.

David Ehrenberg
David Ehrenberg serves as the President and Chief Executive Officer of the Brooklyn Navy Yard Development Corporation (BNYDC), overseeing the Yard's diverse tenant base and 1.8 million SF expansion. Prior to joining BNYDC, Mr. Ehrenberg was an Executive Vice President and co-head of the Real Estate Transaction Services group at the New York City Economic Development Corporation (NYCEDC).While at NYCEDC, Mr. Ehrenberg was a senior manager on many of the City's priority economic development projects including: the Applied Sciences initiative that resulted in Cornell's new campus on Roosevelt Island; the redevelopment of six acres of vacant land on the Lower East Side known as Seward Park; the Atlantic Yards project; as well as the creation and implementation of hundreds of millions of dollars of programs to support small businesses after Hurricane Sandy.In addition to marquee projects, he supervised dozens of industrial and manufacturing projects across the City and supervised the operations of the City's Industrial Development Agency.

Before joining NYCEDC, Mr. Ehrenberg worked at South Brooklyn Legal Services as the coordinator for a microenterprise program. He is a graduate of Wesleyan University where he majored in government and urban studies, was a Fulbright Fellow in Zimbabwe, and received dual Masters Degrees from the Woodrow Wilson School at Princeton University in Public Policy and Urban Planning.