The maintenance is scheduled to take place on the following days: June 21, June 22, July 11, July 13, August 1, August 3, August 16, and August 17. If you experience any problems accessing any of these applications during these dates, please understand the application may be down for migration. SFC IT will be sending out notifications when systems are back online. Thank you for your support and patience during this process.
Academics
February 8, 2019 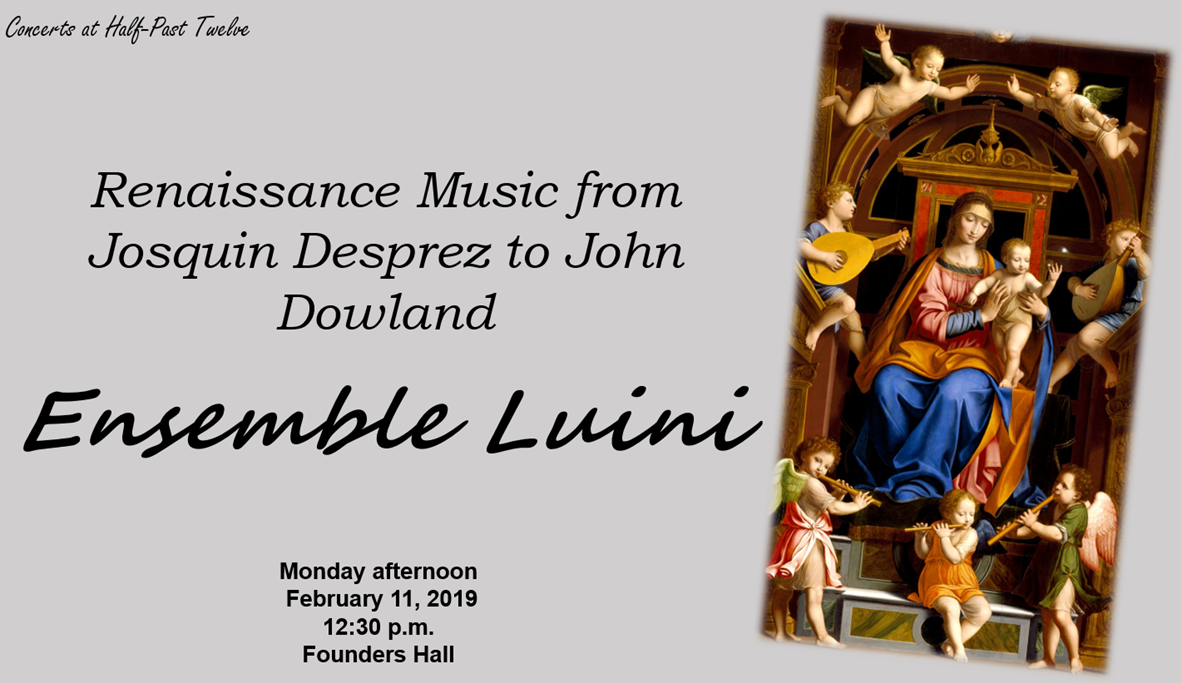 "The spring 2019 season features a wide range of classical artists from New York City and beyond," said Suzanne Forsberg, chair of the SFC Department of Foreign Languages, Fine Arts, and International Cultural Studies. "The entire Brooklyn community, especially those in Brooklyn Heights, are welcome to attend the concerts to hear music of master composers of the Renaissance, the Baroque, the Romantic era, and beyond."

Tenor Philip Anderson recently toured the world in the Philip Glass Opera Einstein on the Beach. On Sunday mornings, he sings as the lead at the Church of St. Ignatius Loyola in New York City, where he also serves as the parish cantor.

Recorder Gregory Bynum, an Associate Professor in the School of Education at SUNY New Paltz, is the recipient of several fellowships to study in England at the Amherst Early Music Festival in Massachusetts, where he worked with Marion Verbruggen, Han Tol, and Mattias Weilenman.

Lutenist Christopher Morrongiello, a former British Marshall Scholar, is a critically-acclaimed musician with countless performances throughout Europe and the United States. A 1993 Prizewinner in the BBC Radio Two Young Musicians of the Year Competition, Morrongiello is currently a Professor of Music History at Hofstra University and directs the New York-based Bacheler Consort.

Harpsichordist Rebecca Pechefsky is a well-known musician and member of Brooklyn Baroque. She has performed in such venues as Carnegie Hall's Weill Recital Hall, Merkin Hall, and the 18th-century Morris-Jumel Mansion.

Lutenist Erik Ryding began playing in his late teens, participating in master classes with Eugen Dombois in the Netherlands and later studying in Basel, Switzerland with Anthony Bailes. In 2016, he played in an ensemble of 20 lutes led by Paul O'Dette and including Nigel North, Ronn McFarlane, Robert Barto, Christopher Morrongiello, and other lute masters.

Golden Age of Dresden in the Baroque

Compositions from Beethoven to Debussy and Poulenc