Skip to main content
Upload Proof of Vaccination
Reminder: All students, faculty, and staff must be fully vaccinated against COVID-19 and upload proof as a condition of accessing College buildings (including the residence hall) during the 2021-2022 academic year.
Academics
April 29, 2015 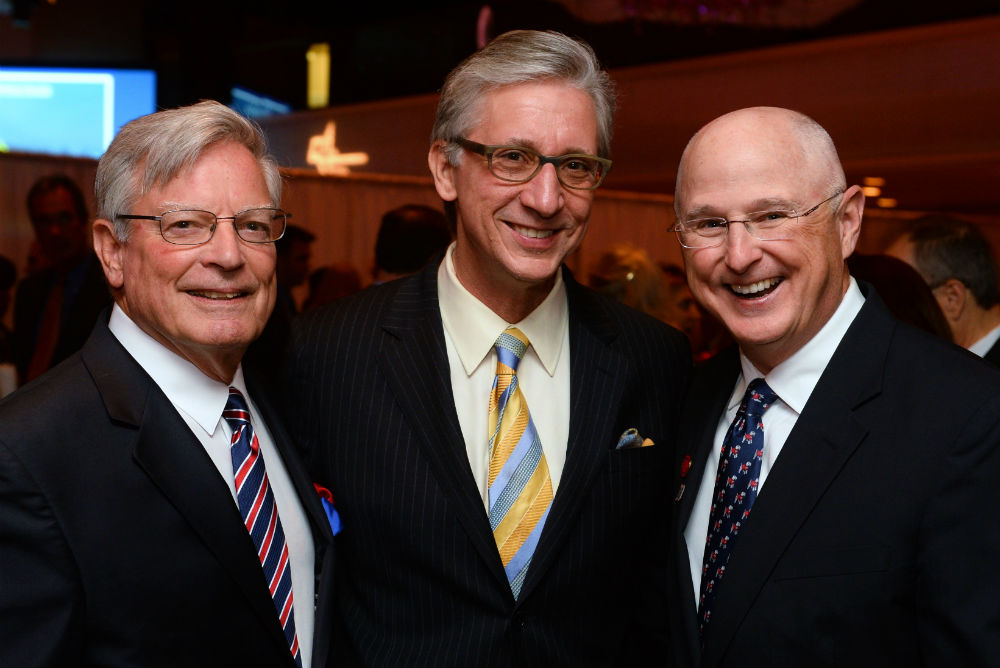 The Charter Dinner raised more than $730,000 for scholarships and educational programs. It is the biggest fundraiser of the year for St. Francis. (Watch the Charter Award Ceremony)

Hosted by CNBC's Bob Pisani, the Charter Dinner celebrates the success of the College's alumni and more importantly, recognizes them for their generosity in helping recent St. Francis students and graduates as they build careers of their own.

Dave Smith was introduced by his wife Ann and awarded a Doctorate of Humane Letters Honoris Causa. He told the audience, "I've been blessed with the opportunity to attend a college that allowed me to have expectations beyond those that were expected and the opportunity and confidence to follow those." Smith also announced the formation of the General Atlantic Accounting Scholarship and the David D. Smith '64 Scholarship.

Louis Pastina recalled his first time at St. Francis when the late Bro. George Larkin, OSF '60 took him under his wing, "He looked at me and said, 'Be back here Monday you're working for me here in this office.' He set me on a path those four years; set me on a trajectory that took me a long way." Pastina has been a generous supporter of his alma mater for many years and now has the Louis G. Pastina '79 Scholarship to honor his commitment to the College. He was also honored with a Doctorate of Human Letters Honoris Causa.

Another highlight of the evening was when Student Government Association President Elizabeth Peralta '15 shared her gratitude for the support, friendship and experiences she had at St. Francis. "I never thought in my life that I would be able to stand right here in front of all the people who made my dreams come true." After graduation, Peralta is moving to Washington, D.C. to begin working at the Smithsonian's National Museum of African American History and Culture, which she says is her dream job. (Watch Liz's emotional speech)

State Senator Martin Golden attended the event and read Resolutions from the New York State Senate for both honorees. 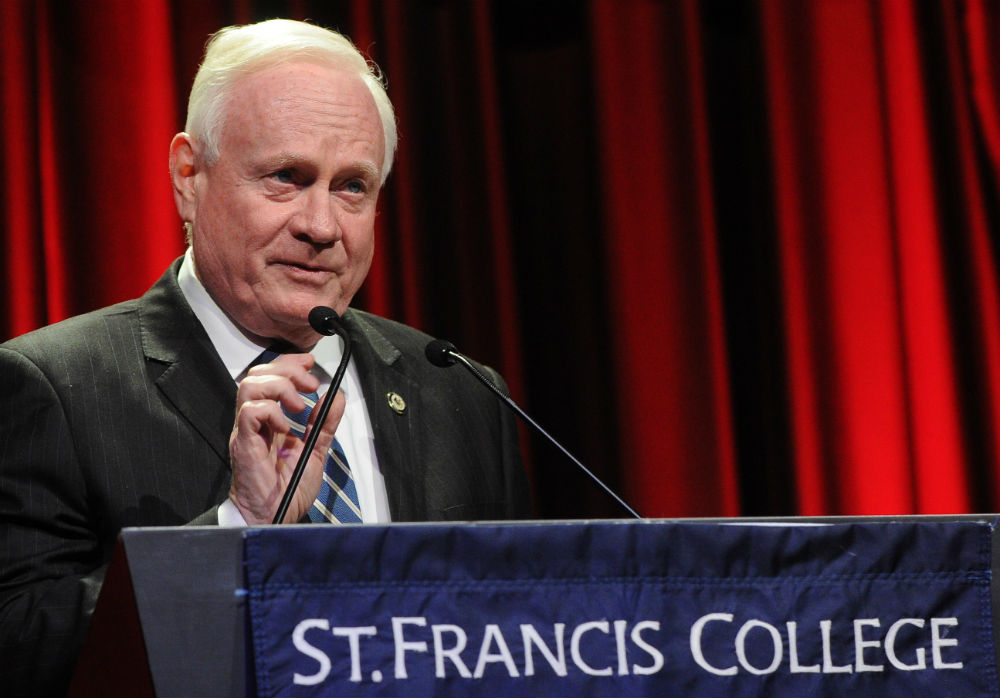 The Charter Award Dinner began in 1962 by the St. Francis Board of Trustees to commemorate New York State granting the College a charter and the right to confer diplomas, honors and degrees. For 54 years, the Charter Award Dinner has been the College's premier fundraising event and has raised millions of dollars to support scholarship programs and further the educational mission at St. Francis.

Biographies
Dave Smith '64 is the Chairman of General Atlantic Group Limited (GAGL), the business investment division of Atlantic Philanthropies, a New York based organization. Over his 28 year career with GAGL, Dave has acquired, managed and harvested more than 25 companies throughout the world and across a wide spectrum of industries. Dave's interest and experience in international finance began with the Olivetti Corporation and his first overseas assignment to Italy. When his assignment concluded, Dave was recruited by Levi Strauss & Co and continued abroad as their European Controller in Belgium. Upon his return to the States with Levi, Dave was also an Adjunct Professor in courses related to international studies for the MBA program at St. Mary's College in Moraga, CA. Dave was an Accounting major at SFC, a drummer with the dance band and social director for Phi Rho Pi fraternity. After graduation, Dave served six years in the Marine Corps Reserves.

Lou Pastina '79 has recently retired as Executive Vice President of the NYSE after 31 years leading the organization through the most transformational changes in its history and pioneering several industry firsts. Lou led the NYSE product line, including the iconic NYSE trading floor and its electronic trading business through traumatic and volatile trading markets as a result of the US Financial Meltdown of 2008-09; the 2010 Flash Crash; the Knight Capital trading issue; Hurricane Sandy and the highly successful Twitter IPO. In addition to Lou's extensive board and committee service related to NYSE, he is also a founding member of three not-for-profit charitable organizations: The Graybeards, Ltd., The Change of Tours Foundation, Inc. and The Grayriders. While at SFC, Lou was an Accounting major and Master of Ceremonies for the Pi Alpha fraternity. Lou remains active with SFC as an advisory board member of the St. Francis College Center for Entrepreneurship.

Bob Pisani has been a CNBC reporter since 1990. He has reported on Wall Street and the stock market from the floor of the New York Stock Exchange for more than a decade. Before that he covered the real estate market and corporate management issues. Pisani was nominated twice for a "CableACE Award," won Third Place in the National Headliner Awards in the Business and Consumer Reporting category for a documentary on the diamond business, and received a Recognition Award from the Market Technicians Association for "steadfast efforts to integrate technical analysis into financial decision making, journalism and reporting." Prior to joining CNBC, Pisani co-authored a book on real estate development and taught a course on the subject at Wharton School of Business with his father.