The maintenance is scheduled to take place on the following days: June 21, June 22, July 11, July 13, August 1, August 3, August 16, and August 17. If you experience any problems accessing any of these applications during these dates, please understand the application may be down for migration. SFC IT will be sending out notifications when systems are back online. Thank you for your support and patience during this process.
Academics
July 2, 2018

Denis Salamone - New Chairman of SFC Board of Trustees

John F. Tully '67 Steps Down After 10 Years as Chairman 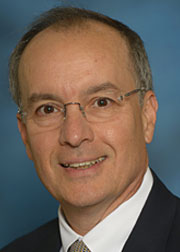 Chairman Salamone was the Chair of the Presidential Search Committee which successfully recruited current St. Francis College President Miguel Martinez-Saenz. He has been a member of the College's Board of Trustees since 2006 and has served for much of that time as Development Committee Chairman.

"Denis has helped St. Francis College in so many ways since he first graduated," said Linda Werbel, Vice President for Government and Community Relations. "His contributions already have a huge influence on the direction of the institution and under his guidance as Chairman, we expect to keep moving on a positive track."

With a career spanning more than 40 years in accounting and finance, he currently sits on the Board of Directors at M&T Bank Corporation, having previously held the positions of Chairman and Chief Executive Officer at Hudson City Bancorp, Inc. and Partner at PricewaterhouseCoopers LLP. In addition Mr. Salamone is Chairman of the Board of the YMCA in Ridgewood, NJ as well as a member of the Board of The Valley Hospital and Table To Table, a food rescue program serving the hungry in northern New Jersey.

"It is an honor and a privilege to lead the Board of Trustees at St. Francis College," said Chairman Salamone. "Having the respect and support of my colleagues on the Board means that we are all aligned in our vision for the future of St. Francis College. Working under the leadership of President Martinez-Saenz we will be tackling an ambitious agenda and setting new goals for enrollment, academics, and athletics. Our small College has some Big Dreams and we will be working hard to make them come true."

Chairman Salamone was honored by St. Francis College at the 2013 Charter Award Dinner helping raise more than $650,000 towards scholarships and programs at the College.

He replaces John F. Tully '67, who is stepping down after serving ten years as Chairman. John was elected to a new term as a Trustee but chose not to seek reelection as Chairman. 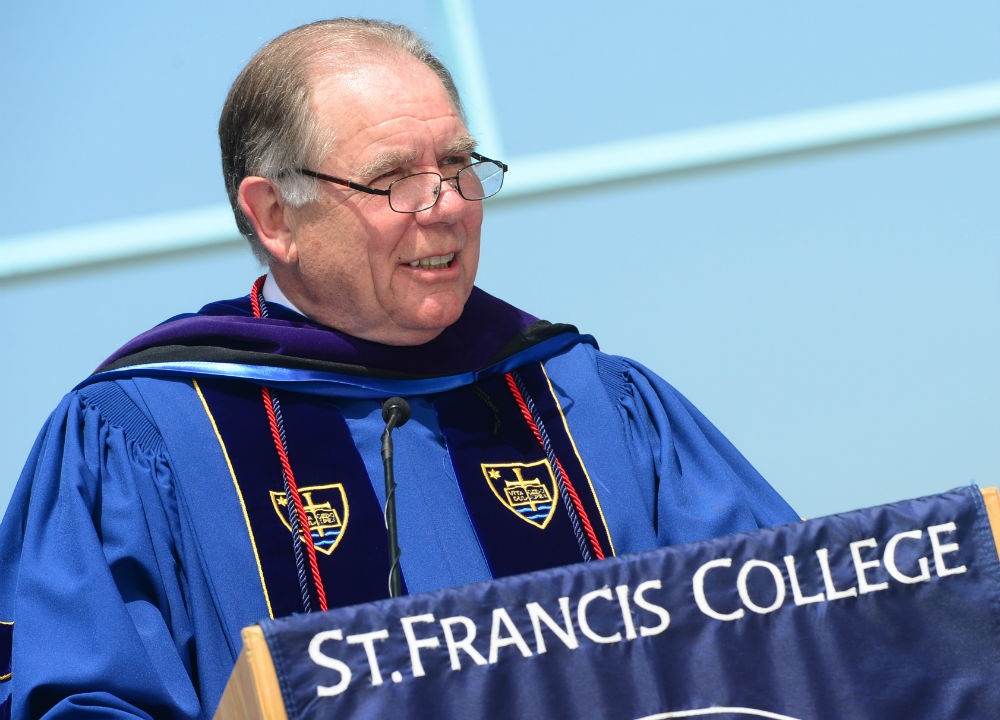 "Every organization benefits from a change in leadership," said Mr. Tully. "Our new president has established a firm foundation this past year, making it a perfect time for the transition. Miguel and Denis will be a formidable team."

Mr. Tully was the Commencement Speaker at the College's 2015 Spring Graduation, the first one held at Brooklyn Bridge Park, where he received an honorary degree for his service and commitment to St. Francis. A Brooklyn native, he is currently Of Counsel to the international law firm of Norton Rose Fulbright U.S. L.L.P. Earlier in his legal career, Mr. Tully worked in a variety of government positions before joining the Exxon Corporation.

Denis J. Salamone '75 spent more than 40 years working in accounting and finance, while always staying active in the world of philanthropy. After a lengthy career at PricewaterhouseCoopers LLP, where he was a Partner, Mr. Salamone moved to Hudson City Bancorp, Inc., serving as President and then Chairman and Chief Executive Officer before retiring and becoming a member of the Board of Directors of M&T Bank Corporation upon its acquisition of Hudson City Bancorp.

Always a big supporter of his alma mater, St. Francis College, Mr. Salamone joined the Board of Trustees in 2006 and has served and led numerous committees including the Development Committee and the Presidential Search Committee before becoming the Chairman of the College's Board of Trustees July 1, 2018. On a personal level, he has hired and mentored numerous St. Francis graduates at his various positions.

Other leadership roles include Chairman of the Board of the YMCA in Ridgewood, NJ, and as trustee of The Valley Hospital, Table To Table and Wells Mountain Initiative.

Mr. Salamone is a Member of the American Institute of CPAs and a Member of the New York State Society of CPAs. He graduated from St. Francis College with a Bachelor's Degree in Accounting in 1975.

John F. Tully '67, a Brooklyn native, is currently Of Counsel to the international law firm of Norton Rose Fulbright U.S. L.L.P. He received a Bachelor of Arts degree from St. Francis College in 1967 and attended law school at the University of Notre Dame and The Faculty of Laws University College, University of London, obtaining a Juris Doctor degree from Notre Dame in 1970. Mr. Tully then spent seven years in the public sector as an Assistant District Attorney in the Homicide Bureau of the Manhattan District Attorney's Office, a trial attorney in the New York Regional Office of the United States Securities and Exchange Commission and an Assistant Attorney General in the Organized Crime Task Force of the New York State Attorney General's Office.

He later moved to the private sector, working for many years at the Exxon Corporation with assignments based in New Jersey, Louisiana and Texas. He retired from Exxon Mobil Corporation as the Assistant General Counsel responsible for Litigation in 2004 and returned home to New York. Mr. Tully joined the Board of Trustees of St. Francis College in 2005 and became Chairman in 2008.

He is now Chair of the Emerald Isle Immigration Center, based in Queens and The Bronx, which protects the privileges and interests of the immigrant community. John also serves as a member of the Board of Directors of the Breezy Point Cooperative and the Irish Institute of New York.