Skip to main content
Upload Proof of Vaccination
Reminder: All students, faculty, and staff must be fully vaccinated against COVID-19 and upload proof as a condition of accessing College buildings (including the residence hall) during the 2021-2022 academic year.
Academics
April 21, 2016

Executive Women in Business - if I Knew then...

Have your elevator pitch ready, find your champion, be passionate, and ask. These are just some of the tips shared by a panel of St. Francis College alumnae and an honorary degree recipient at the talk, Executive Women in Business: "If I Knew Then What I Know Now..." on April 21, 2016.

St. Francis College and the Offices of Development & Alumni Affairs presented the event which included: 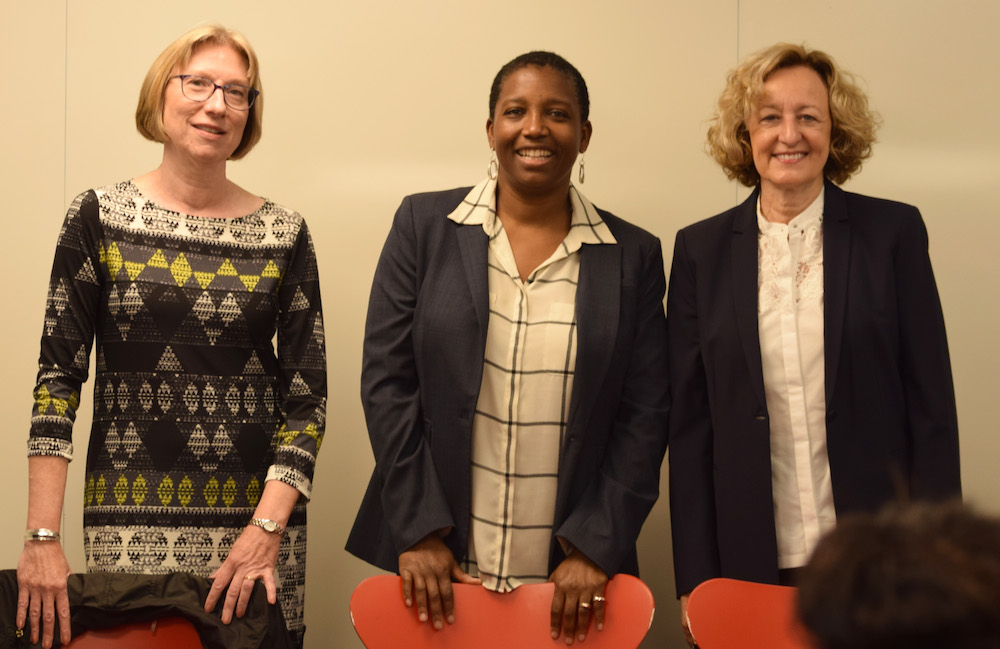 The panelists shared their unique perspectives and diverse professional success stories including insider tips like dressing the part and establishing your credibility before entering the professional world. 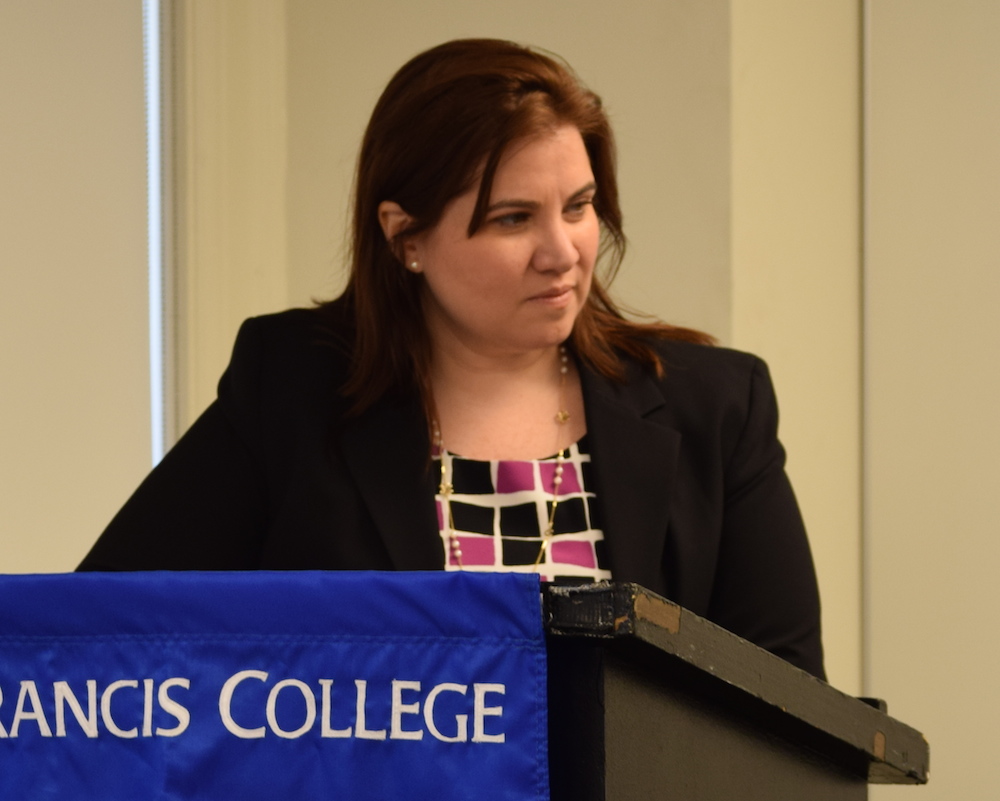 was responsible for the Bank's operational risk program, its business continuity planning and the Bank's process of evaluating and monitoring major infrastructure and automation projects. In that capacity, she was a member of the Federal Reserve System's National Business Continuity Planning Committee and served as an advisor to a variety of foreign central banks implementing such programs. Prior to that, she served as Vice President in Human Resources responsible for compensation, benefits, payroll and automation and served on the System's national Benefits and HR Automation Oversight Committees. Liz's earlier career experiences at the Fed included assignments in a variety of accounting and finance-related areas such as Auditing, Accounting and Budgeting where she was often responsible for the implementation of new automation systems. Liz holds a B.S. in Business Administration from St. Francis College and an M.B.A. from NYU.Since retiring from the Fed, Liz is the Treasurer of her co-op, is a member of the Steering Committee that oversees the Central Park Conservancy's tour program, and serves as the Fundraising Chairperson for Manhattan TaxAide (a free tax preparation service for low income elderly NYC residents).

Judy A Rice became the Chief Diversity Officer for Prudential Investment Management in 2013, reporting to the President and CEO of PIM. She is responsible for key programs that include development, education, and training with the goal of creating an internal and external presence for PIM to increase its profile as one of the best places to attract and retain top diverse talent. Prior to becoming the Chief Diversity Officer, Judy was the President and CEO of Prudential Investments for 8 years where she was responsible for the manufacturing and distribution of retail mutual funds. She is ranked among the investment industry's most influential executives, and has been an active participant in Prudential's women's affinity groups. She recently received a Women of Excellence Activist award from the National Association of Female Executives. She served on the board of directors of the Investment Company Institute and was an officer of the Prudential Retail Mutual Fund Board of Directors. Judy graduated St Francis College with a degree in business administration. Judy recently retired from Prudential at year end 2015.

Saundra Thomas has made community service the center of her life. Thomas is in her 28th year at Channel 7 and after years of writing and producing on-air topicals for Eyewitness News and award-winning ABC7 special programs, she has gone on to combine her creative skills with her need to serve. In her current role, Saundra Thomas oversees all on-air public service announcements, community outreach and station community projects for the tri-state. A recent candidate for New York City Council and an active board member, Thomas has served as a board member of Jazz Reach and Global Action Project and is currently serving on the New York Women in Communications Foundation Board, and the current board chair of both Dancewave and Council for Unity. Thomas also sits on the advisory boards of The Grace Institute and Services for the Underserved. Thomas holds a BA in Journalism from Rutgers University and an MA in Media Studies from the New School. She received an honorary doctorate in humane letters from St. Francis College (Brooklyn) in 2010. She is a proud and enthusiastic resident of Ditmas Park, Brooklyn, where she lives with her family.

Dyanne Marie Rosado is Head of Brokerage Human Resources for the Americas and Deputy Director of Human Resources at Cantor Fitzgerald in New York City.Dyanne joined Cantor in September of 2011 from Brown Brothers Harriman where she held the position of Employee Relations Manager; prior to BBH, Dyanne worked in human resources in a variety of generalist and program management roles at MetLife and PricewaterhouseCoopers.

Dyanne holds a Master of Arts in Organizational Psychology for Human Resources Management and Leadership Development from Columbia University Teacher's College. She graduated from St. Francis College in 1995 with a Bachelor's Degree in History; while at the college Dyanne served as Student Body President.