Skip to main content
Upload Proof of Vaccination
Reminder: All students, faculty, and staff must be fully vaccinated against COVID-19 and upload proof as a condition of accessing College buildings (including the residence hall) during the 2021-2022 academic year.
Academics
March 10, 2015

Falling in Love With the Terriers

With the women's basketball team preparing for the NEC Championship game Sunday afternoon at 1:00pm on ESPNU and a shot at their first ever trip to the Women's NCAA Basketball Championship, the Men's team is preparing for it's consolation prize, a trip to the NIT for the first time in more than 50 years.(Watch ESPN's Game Recap)

St. Francis Basketball has never been better and New York City and beyond fell in love with the Terriers over the past few weeks. 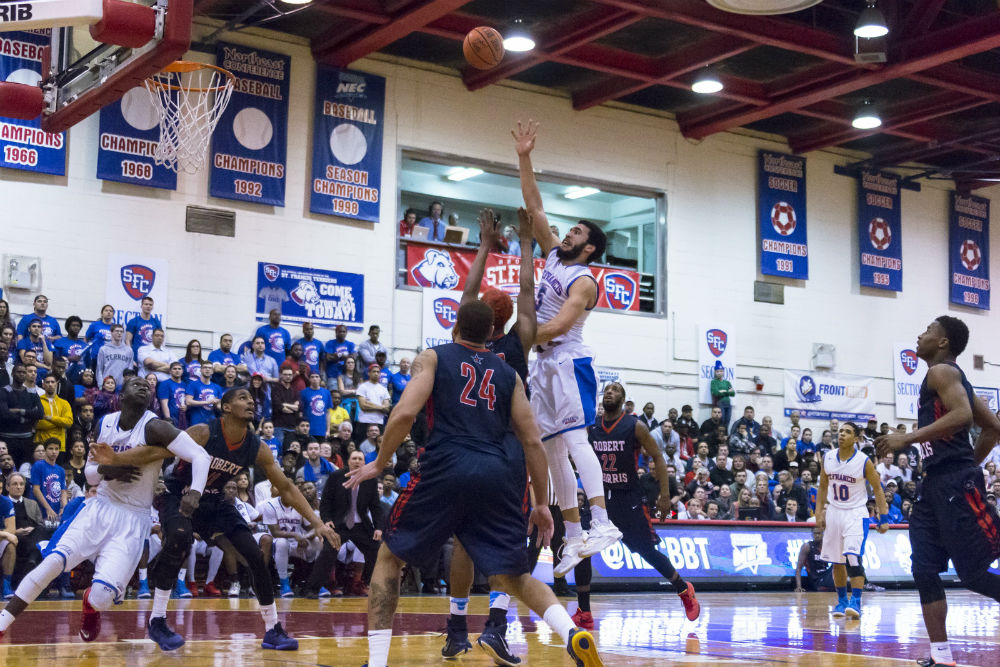 Local TV stations all came to the College to feature the small college of Big Dreams and the men's team which fell just three points shy of it's biggest dream, a trip to the big dance.

City newspapers, which started telling the Terriers story earlier this year, followed up with some amazing pieces on the hard fought NEC Championship final, won 66-63 by Robert Morris.

The New York Post compared the home court atmosphere at the Pope Center to college basketball's elite and commended the team's effort.

The game was also an excuse for alumni to make their way back to Remsen Street; among them were Congressman Peter King '65 (R) and John Delach '65 who joined Chairman of the Board of Trustees John Tully '67 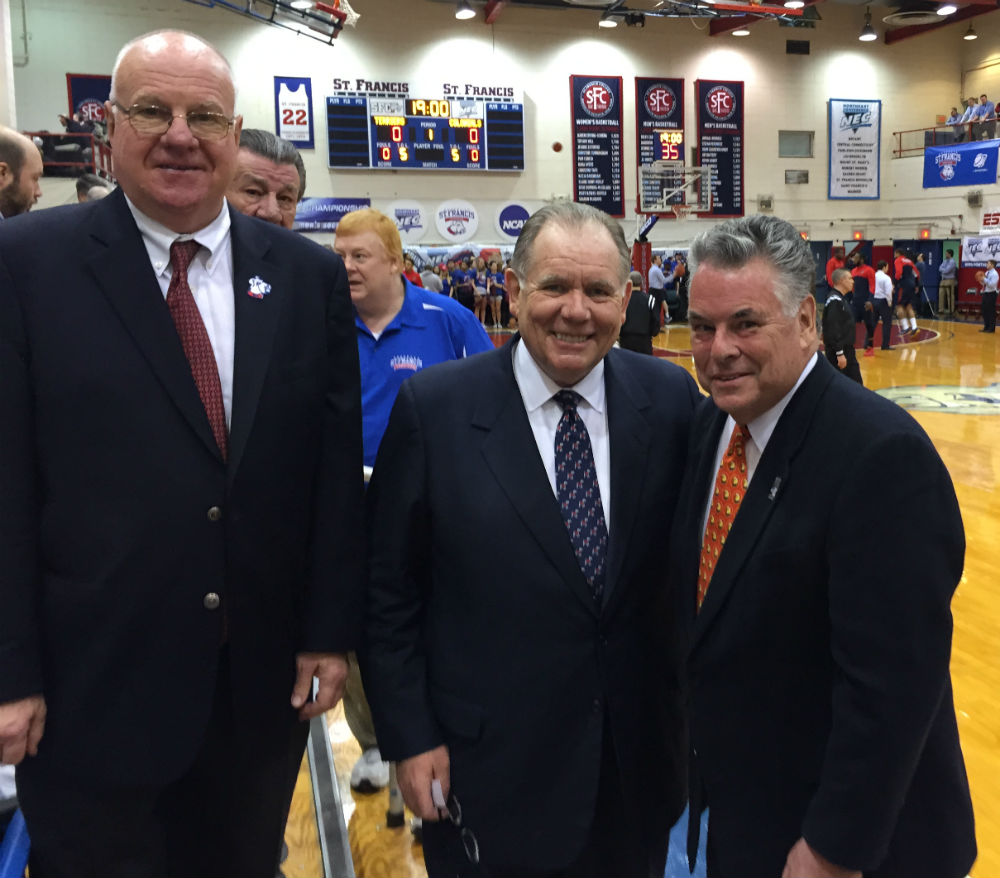