The maintenance is scheduled to take place on the following days: June 21, June 22, July 11, July 13, August 1, August 3, August 16, and August 17. If you experience any problems accessing any of these applications during these dates, please understand the application may be down for migration. SFC IT will be sending out notifications when systems are back online. Thank you for your support and patience during this process.
November 11, 2016

St. Francis College proudly launched a new honor society chapter on campus, Alpha Lambda Delta, on November 11, with the induction of more than 100 students who achieved academic excellence in their freshmen year at the College.

The induction ceremony was led by the Executive Director of Alpha Lambda Delta, Eileen Merberg, who congratulated the honorees for the academic excellence and encouraged to keep striving as they complete their undergraduate college education. 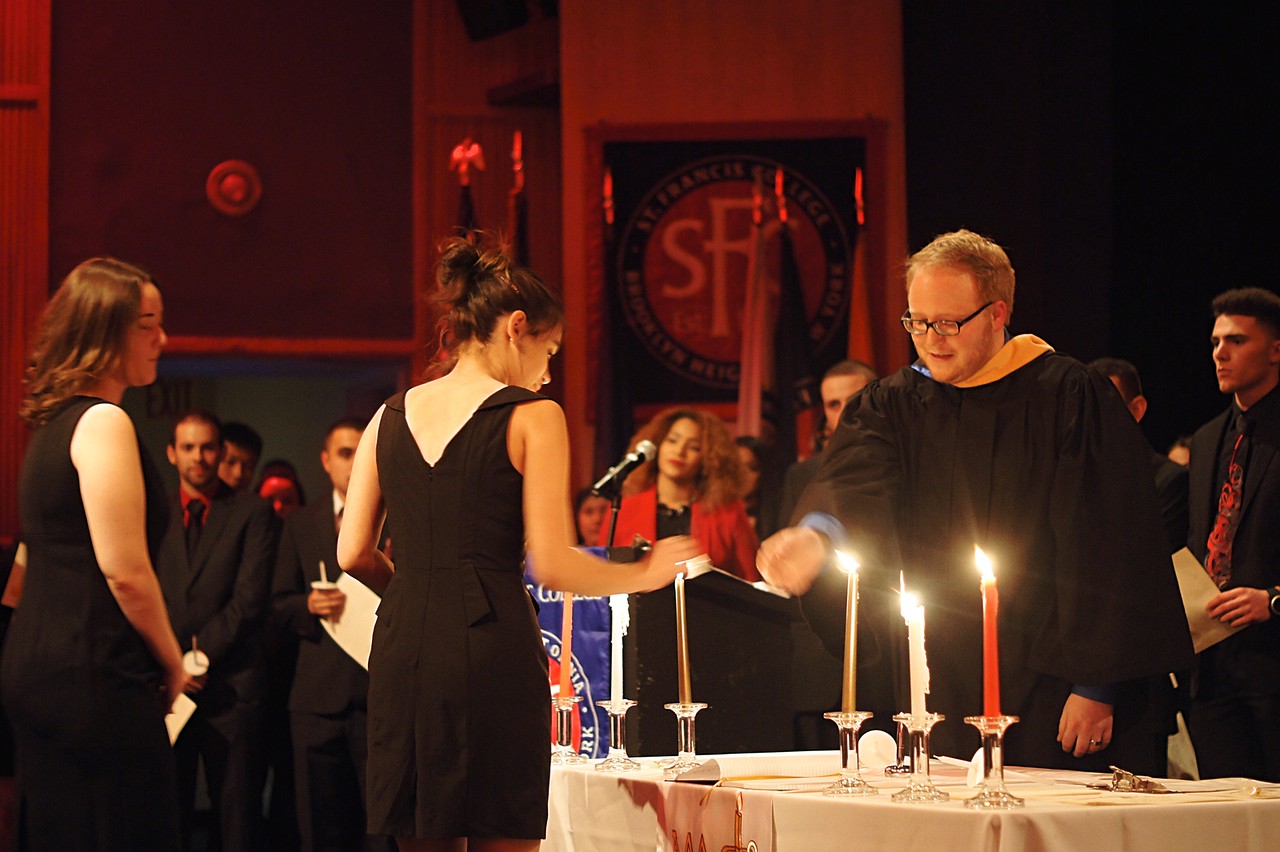 Co-advisors for the chapter are Steven Boyarsky, the College's Student Success Coordinator and Chad Lectura, Assistant Director of Admissions.

"Recognizing students for their hard work as freshman and inducting them into Alpha Lambda Delta is a crucial piece of the college puzzle," said Lectura '07, a St. Francis College graduate. "The sense of unity and mutual support within the honor society reinforces their drive to succeed and to graduate from St. Francis at the top of their class."

"These students have set a high standard for themselves," said Boyarsky. "Now it's our job at the Center for Student Success to make sure they have the tools and support they need to maintain that high academic level.

"Being the first president of the local chapter of the Alpha Lambda Delta Honor Society at Saint Francis College is an honor and having such a great team beside me is the key to our success of our newly inducted chapter," said Innamorato who is also Co-Vice President of the Kappa Delta Pi Education Honor Society.