Skip to main content
Upload Proof of Vaccination
Reminder: All students, faculty, and staff must be fully vaccinated against COVID-19 and upload proof as a condition of accessing College buildings (including the residence hall) during the 2021-2022 academic year.
Academics
May 17, 2018

From Behind Bars to Bachelor Degrees

From behind bars to Bachelor Degrees, three St. Francis College students are now the first to graduate from the St. Francis Post-Prison program after walking on stage May 17 at the College's 2018 Spring Commencement Ceremony held at the Ford Amphitheater in Coney Island. (Watch the News 12 Story)

The first group of students came to St. Francis College through Hudson Link, an organization that provides college courses to prison inmates. The Post-Prison Program was established to continue the education of the formally incarcerated who did well in their classes but were unable to complete a degree program. 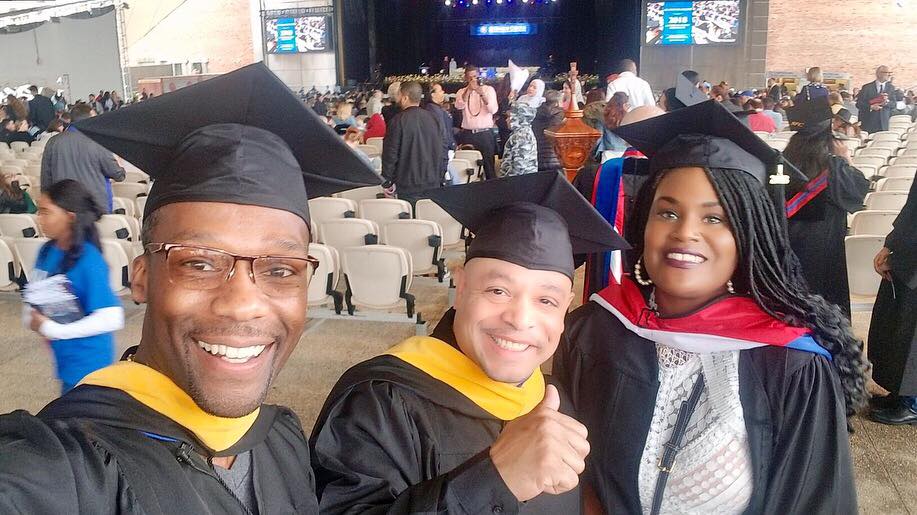 The three graduates; Felix Colon, Johnny Perez, and Arielle Pierre, started at St. Francis in the fall of 2014. Each of them have now earned an undergraduate degree while dealing with the challenges of post-prison re-entry.

"Our students have received so much support from the St. Francis community, including faculty, staff, and administrators – as well as our students," said Sociology & Criminal Justice Professor Emily Horowitz, who founded the program. "We are so proud of our graduates, and we hope that the Post-Prison Program at St. Francis continues to thrive. There will certainly be many more graduates to come!"

There are now 11 students in the program.

St. Francis College President Miguel Martinez-Saenz has participated in outreach efforts to incarcerated persons in the past by teaching courses in Philosophy and Poetry to prison populations and is now working with Professor Horowitz to extend the College's reach to offer courses in local prisons.

About The Post-Prison Graduates:

Felix Colon '18 is a Criminal Justice major who loved being a student at SFC. In addition to attending a great number of lectures and events at St. Francis, he also learned to swim. A highlight of his SFC career was meeting civil rights legend Bernard Lafayette. Felix participated in a non-violence program developed by Lafayette while he was incarcerated, and loved having the opportunity to hear him speak as a full-time college student successfully overcoming the stigma of almost 2 decades in prison and the challenges of re-entry. Felix plans to continue his education, either in Law School or pursuing a graduate degree.

Johnny Perez '18 is the Director of U.S. Prisons Program for the National Religious Campaign Against Torture, a membership organization committed to ending U.S. sponsored torture, and cruel, inhumane, and degrading treatment, including solitary confinement. Of his 13 years in prison, three were spent in solitary confinement. A Criminal Justice major, Johnny served as a Safe Reentry Advocate for the Urban Justice Center's Mental Health Project. He has worked as a member of pro-social groups the Campaign for Alternatives to Isolated Confinement (CAIC), and the New York Advisory Committee to the U.S. Commission on Civil Rights. Johnny has testified at the United Nations and been interviewed by numerous news organizations around the world. Recently featured in an ad campaign that ran in the New York subway system, Johnny commented, "I remember when I was younger, I was homeless after running away from home and slept on the A train for two weeks. Today I'm still on the train, but in a different way and for a reason I never could have imagined." (Learn more about Johnny at justiceismypassion.com)

Arielle Pierre '18 is a Sociology major with a concentration in Social Work. Arielle struggled growing up after her mother was sent to prison. Like many children with a parent in prison, she eventually wound up behind bars herself. After prison, Arielle decided to change her life and entered St. Francis. She hopes to pursue a degree in social work. Arielle's mother also earned multiple degrees after completing prison, and is currently finishing her dissertation on the effects of intergeneration incarceration.