Skip to main content
Upload Proof of Vaccination
Reminder: All students, faculty, and staff must be fully vaccinated against COVID-19 and upload proof as a condition of accessing College buildings (including the residence hall) during the 2021-2022 academic year.
Academics
April 29, 2010

Returns to Sidelines He Prowled as an Assistant Six Years Ago

“This is a great day for St. Francis College basketball,” Garcia said. “Glenn was a solid coach for us when he was here the first time. With Glenn calling the offense, the Terriers were in the top four in the conference almost every year. He knew how to win then, and now with six years in the Big East under his belt, he’s coming back with incredible experience that will give our program a huge lift toward the upper echelon of the Northeast Conference.” 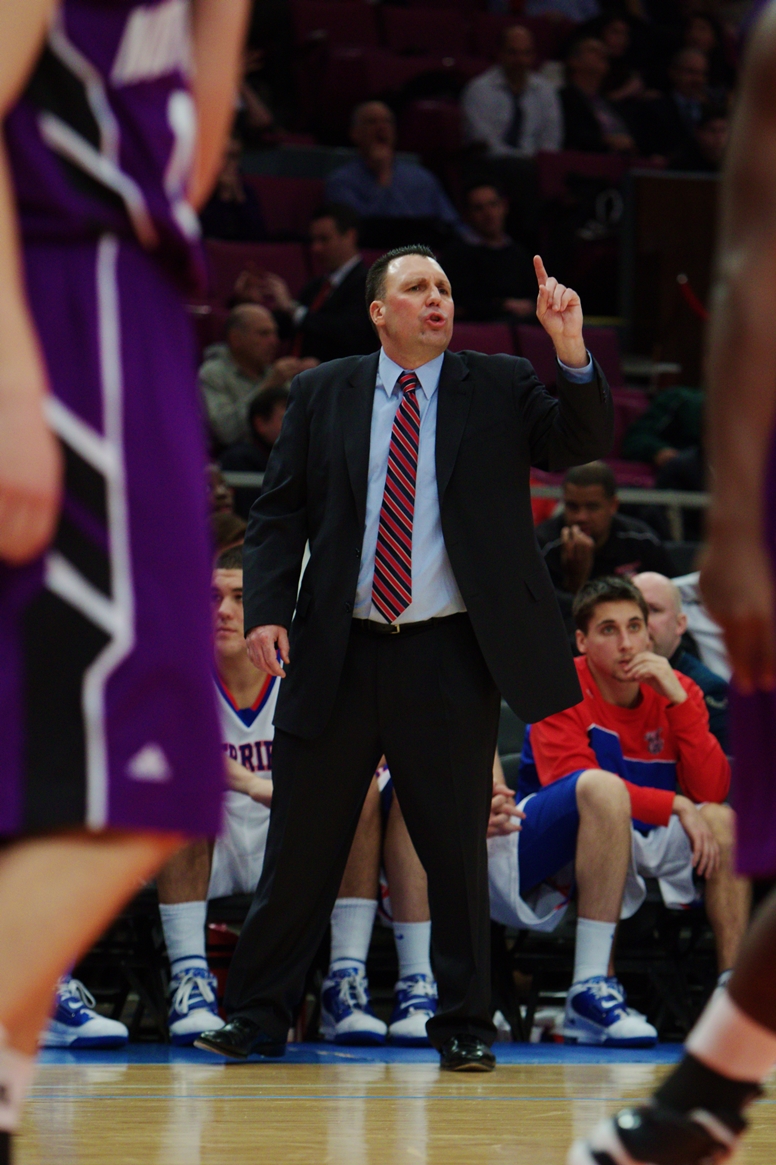 Braica, who has spent the last six seasons as an assistant at St. John’s under Norm Roberts, is no stranger to St. Francis College. The native New Yorker patrolled the Terriers’ sidelines for 15 years and was the Associate Head Coach from the 2000-01 season to 2003-04 under Ron Ganulin. During Braica's last seven years at St. Francis, the Terriers posted a 118-83 record, including an 88-42 mark in the NEC and captured two regular season titles. They finished with a .500 or better record in the league seven-straight years, at that time the longest active streak in the league. They also reached the NEC Semifinals five times and had two championship game appearances in Braica's last five seasons.

“I’m extremely excited to be the new head coach at St. Francis College,” Braica said. “I would like to thank Irma and the administration for giving me this opportunity. “I believe that the experience I have gained in all facets of coaching has prepared me for the challenge of re-establishing St. Francis as one of the best programs in the Northeast Conference. It’s my desire to work with people of high integrity and caliber, people who understand the importance of academics and the values of St. Francis College. I will build a program that properly reflects the institution’s high expectations of its student-athletes in the classroom, on the court and in the community.”

“With Glenn we get a true Brooklynite; someone who has spent his entire career making connections within the New York City basketball community,” added AD Garcia. “He’s someone who cares about his student-athletes not just when they play for him, but years later. He is their mentor for life.”

He served as the recruiting coordinator and was instrumental in on-court coaching, scouting, individual workouts, preseason and postseason conditioning, film exchange and the monitoring of each player's academic progress. He was also heavily involved in player development at St. Francis, and helped orchestrate the Terriers' offensive system, which ranked first or second in the NEC in each of the last five seasons he was on staff. During his tenure the squad emerged from the league's lower tier and went on to become one of the conference's marquee programs, boasting two regular season conference championships. From 1998-2004, the Terriers had one player named the league's Player of the Year, six first-team All-NEC selections, five second-team All-NEC honorees, two players that lead the league in scoring, two NEC Rookies of the Year and a NEC Defensive Player of the Year. Braica recruited and coached several student-athletes that would go on to pro basketball careers during his time with the Terriers.

“Coach Nash built a great foundation here at St. Francis,” added Head Coach Braica. “We have a strong core of returning players and I look forward to building on what he started.”

Braica attended St. Agnes High School and Bishop Ford in Brooklyn in the early 1980s and graduated from Queens College in 1989. Braica began his coaching career at New York City Tech as an assistant in 1988. He also served as a teacher at The Reece School and in the New York City Board of Education from 1989-1994.

When Norm Roberts became head coach at St. John's, Braica, a teammate at Queens College, was his first hire. He is a proven recruiter, scout and strategist, and was instrumental in helping St. John's rebuild its program. Braica's on-court instruction, particularly with the St. John's guards and wing players and All-Metro selections Eugene Lawrence, DJ Kennedy, and Paris Horne, gave the Red Storm improved perimeter play over the last six seasons. He has a long list of successful recruits from New York City including Malik Boothe (Christ the King), Justin Burrell (Our Savior Lutheran) and Dwight Hardy (JFK).

“I truly believe that Glenn has the whole package,” said Roberts. “He brings experience, tremendous coaching ability as well as the personality and demeanor to promote and elevate St. Francis College to the top of the Northeast Conference.”

Braica was also praised by Roberts for his ability to reach out to the community and Red Storm alumni, bringing former players back into the fold, a component that was lacking before his arrival. He was also one of the co-directors of the Norm Roberts basketball camp, helping to increase enrollment from 75 campers in 2004 to 260 kids per session in 2009.

Braica and his wife, Christine, live in Brooklyn.