Skip to main content
Upload Proof of Vaccination
Reminder: All students, faculty, and staff must be fully vaccinated against COVID-19 and upload proof as a condition of accessing College buildings (including the residence hall) during the 2021-2022 academic year.
Academics
April 11, 2018

Without the courage of a German captain who hated the Nazis, Sonja Maier Geismar and hundreds of other Jews fleeing Germany on the ill-fated voyage of the St. Louis would never have survived to tell their tale of escape from the Holocaust.

Geismar, just four at the time of the trip told her story as the keynote speaker for the College's annual Yom HaShoah, Holocaust Remembrance Day event on Wednesday, April 11, 2018.

Maier Geismar was one of more than 900 mostly Jewish passengers who were denied entry to Cuba, and later rejected from landing in the United States and Canada. The ship was forced back to Europe where the passengers were split up across the continent. More than 250 died at the hands of the Nazis. 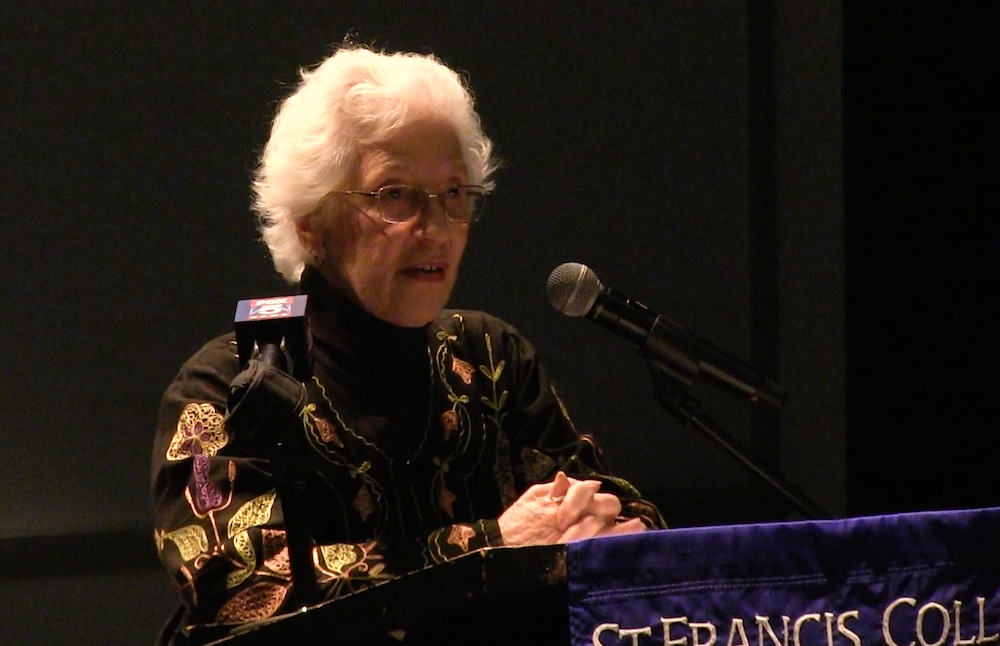 Following the St. Louis voyage, Sonja, who was born in the state of Baden in southwest Germany, and her family went to England for 8 months and immigrated to the U.S. before World War II. The transition was difficult for her parents, filled with struggles, but they succeeded in building good lives. A resident of New York City, she was a high school librarian and currently is an adjunct librarian. With the passing of the older generation, Holocaust denial, and current increasing anti-Semitism, she feels an obligation to speak about the Nazi era and its impact.

St. Francis holds its annual event so the entire community can learn lessons from the Holocaust as well as to keep alive the memories of those who perished and those who survived to tell of the atrocities.